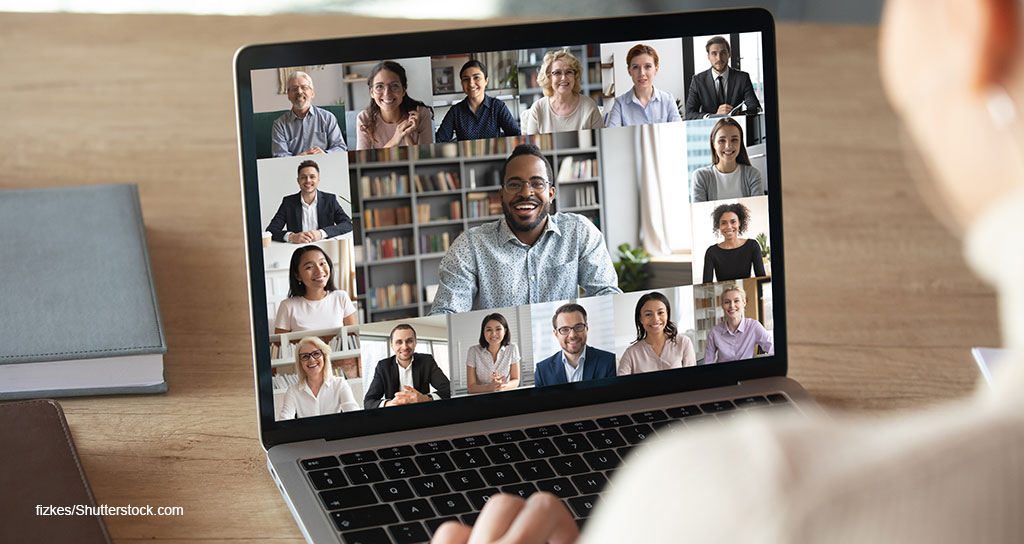 A colleague instant-messaged me a few months ago to ask for advice. She shared that she was trying to renegotiate hotel contracts as her organization was moving to virtual meetings due to COVID-19 restrictions. Before the pandemic, most of her day-to-day work involved emails and phone calls. Once COVID-19 struck and the world embraced or became addicted to videoconferencing, her work changed dramatically. Her hotel and event contacts eagerly set up Zoom meetings to discuss contracts. Suddenly, my colleague’s knack for negotiating great terms disappeared.

She is an African American woman.

While my colleague did not want to believe that her sudden inability to successfully renegotiate contract terms was related to discrimination or marginalization due to race or gender, she knew she hadn’t changed her negotiating tactics. Being on camera was the only thing different. She also noted that contacts with whom she had assisted for more than a decade seemed to engage with her differently on video, especially those who had not seen her before the first Zoom call. Her experience led me to research how videoconferencing was impacting working experiences for people with marginalized identities. That rabbit hole ended up being much deeper than I anticipated. Sadly, what I found was not terribly surprising: Videoconferencing has been associated with an uptick in discriminatory and marginalizing behaviors.

Before the pandemic, videoconferencing was getting greater usage as offices sought to become more collaborative. That said, the overall usage of platforms like Zoom and Microsoft Teams was minimal. That all changed in March 2020. During the first week of major COVID-19 office closures across the United States, downloads of videoconference programs jumped by 90%. Nearly a year later, colleagues commonly suggest hopping on video for a quick meeting.

The complication is that all the tics, quirks and micro and macro aggressions that we might see during in-person meetings are present and magnified during virtual meetings. Despite the widening accessibility for millions of people during the pandemic, videoconferencing has made it easier for conscious and unconscious bias to play a detrimental role in work environments, hiring decisions and conflict resolution. As early as March 2020, news articles on increased discrimination and marginalization in virtual work settings began to appear.

An article published in the Journal of the American College of Radiology found that women got even less speaking time during videoconference calls. Women also experience numerous and often negative interruptions and commentary than in pre-pandemic times, when more than half of women reported being interrupted during work meetings and nearly 40% reported having their ideas attributed to men during the meeting. (Learn more at bit.ly/3g5lTKW.) Interestingly, I experienced this kind of misattribution during a virtual meeting. Only when a male colleague intervened did my colleagues acknowledge the reality.

The well-documented non-verbal communication gap that typically exists between men and women is exacerbated in the virtual environment. Women are more likely to read and rely on non-verbal signals, something that is harder to do in a videoconference setting.

Additionally, because women are often the primary caregivers at home, with all the potential distractions and stressors it entails, we can surmise that the pandemic has increased their unpaid labor during work hours. Videoconferencing potentially makes that labor more visible, more distracting and more detrimental to gender equity in the work environment.

Harvard Business Review published an article (bit.ly/3oq8iRd) exploring the ways in which working from home and videoconferencing impacted Black and other employees of color. The article noted that these employees were hampered by a reduced ability to “code-switch,” thus exposing their home, which is usually a private, safe space for cultural expression, and introducing greater scrutiny of physical aesthetics like clothing and hair. Other articles noted that people of color were more likely to experience “Zoombombing,” a hacking of video calls accompanied by racist and sexist verbal abuse.

The increased blurring of personal and professional lives and spaces also has resulted in what appears to be an increase in affinity selection bias in projects and work assignments, meaning that during work environments in which people of color are the minority, they are less likely to be selected for plum assignments and project teams.

The insistence on video calls has hampered the use of previously successful negotiation tactics by people of color and women, much like what was experienced by my colleague.

I should note that individuals with multiple marginalized identities often experience such indignities in compounded ways. For example, women of color will experience both the gendered communication dynamics and racial marginalization.

The technology behind videoconferencing has widened access for many individuals during these challenging times and helped offices, families and friends to maintain a connection. To ensure that you are leveraging the benefits of videoconferencing without marginalizing your colleagues or clients, here are four strategies to consider.

Removing all vestiges of discrimination and marginalization from our daily practices, given the role that unconscious bias plays in daily life, is difficult. Modifying the ways in which we engage virtually can help promote more inclusion and engagement among staff members and clients during these stressful times.

Code-switch: When individuals modify their speech, physical presentation, behavior and expression in ways that provide comfort to others with the goal of being treated fairly and equitably. Code-switching is inherently self-protecting behavior.