Organized labor gained a foothold at two West Coast veterinary hospitals, but whether its entry is an aberration or the sign of a groundswell is up for debate.

Don Vaughan is a freelance writer based in Raleigh, North Carolina. His work has appeared in Today’s Veterinary Business, Writer’s Digest, Encyclopedia Britannica, CURE Magazine and elsewhere. He is the founder of the Triangle Association of Freelancers. 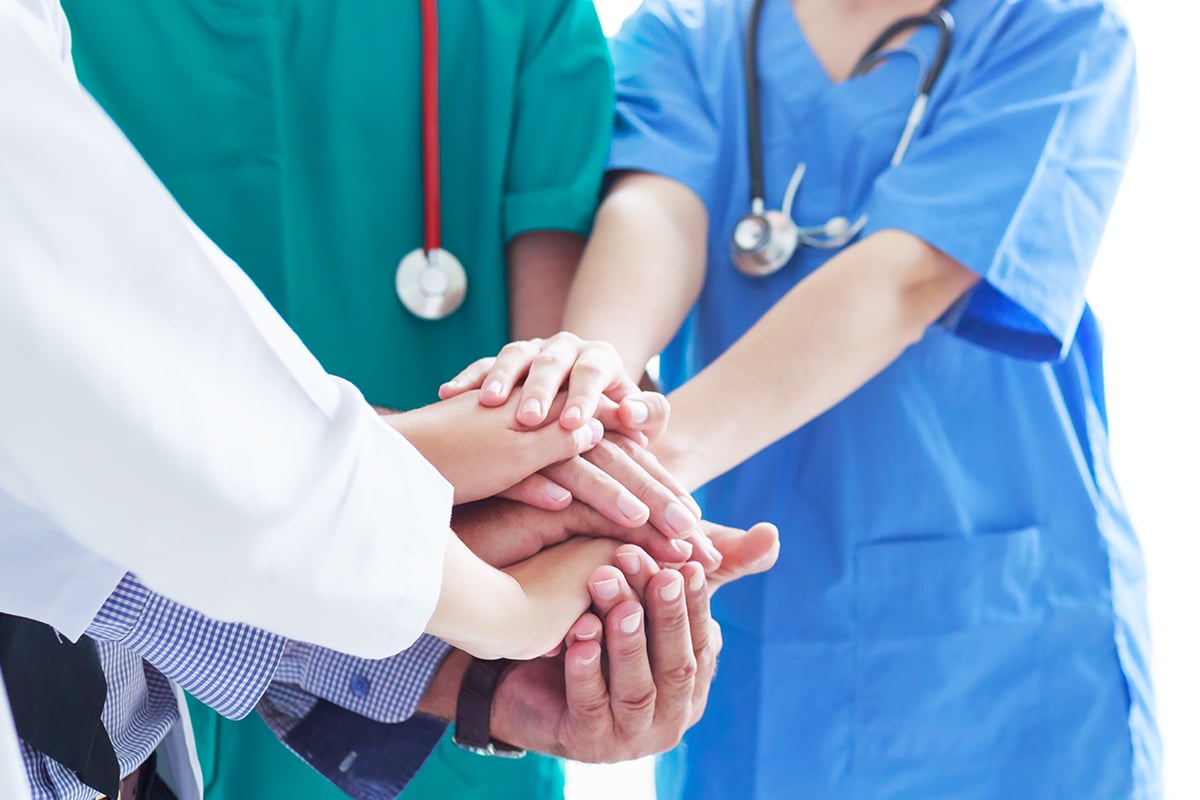 Morgan VanFleet finally had enough. During 13 years as a veterinary technician working in Oregon and Washington, she had watched as she and her colleagues struggled with low wages, meager benefits and employee turnover that often left the hospitals stretched thin. The practice owners, VanFleet said, responded to the staff’s concerns with silence or empty promises.

What the employees needed, she believed, was a labor union that would work on their behalf. So, in February 2017 she established the National Veterinary Professionals Union, primarily to get people talking.

“It really struck a nerve,” she said. “People got excited very quickly. Dozens of people told me they always wanted something like this but never knew where to start.”

As the conversation grew, so did interest among workers at other clinics, a development that attracted the attention of practice owners near and far. Could the movement actually foment change? Are unions inside veterinary hospitals a real possibility?

To be sure, many staff members have no interest in joining a union. They are largely content with their careers, the compensation and their relationship with management.

“I don’t feel a need for a union at this point,” said Jean Wise, RVT, a veterinary nurse for 30 years, most recently at Metropolitan Veterinary Hospital in Copley, Ohio.

“I would not be interested. If I’m unhappy, there are other places I can go.”

Labor economist Chris Tilly, Ph.D., former director of UCLA’s Institute for Research on Labor and Employment, said the National Veterinary Professionals Union is trying to organize workers during an era of strong employer opposition to unions.

“There has been an escalation of resistance, campaigns to avoid unionization and, in some cases, attempts to dislodge unions,” he said. “It’s become more of an uphill battle. On the whole, private-sector employers have been quite resistant.”

The nascent discussion of unions in veterinary medicine comes at a time of declining national numbers. According to a U.S. Bureau of Labor Statistics report, the overall union membership rate — the percentage of wage and salary workers represented by a union — was 10.7 percent,  or 14.8 million employees, in 2017. Those numbers pale in comparison to 34 years earlier, in 1983, when union members totaled 17.1 million, or 20.1 percent.

The government report also noted that the median weekly earnings of nonunion workers in 2017 were just 80 percent of those of union members. A fact like that is a union selling point.

While practice owners might shudder at the thought of union organizers showing up at their doors, some have to address the issue head on. Take, for example, VCA San Francisco Veterinary Specialists, where 56 of 76 eligible employees voted to form a union. What followed since the April 2018 balloting is a slow, ongoing process of collective bargaining between VCA, a select group of employees and their lawyer, and a representative from the International Longshore and Warehouse Union, with which the staff chose to align.

Doug Drew, president of U.S. animal hospitals for the Los Angeles-based VCA chain, said the company is committed to bargaining in good faith with the San Francisco staff.

“Our position is that we would rather have the dialogue directly with our employees than have a third party, like a union, which may have competing interests to our employees, intermediate that dialogue,” Drew said.

Katy Bradley, a veterinary assistant at VCA San Francisco Veterinary Specialists, proposed forming a union when her colleagues talked about trying to better their employment terms. Bradley’s grandfather had been a member of the International Longshore and Warehouse Union, so she called him for advice.

In September 2017, the union contacted Bradley to see how serious she and her co-workers were. If the desire was strong, the union was prepared to assist.

“We started discussing a union because we felt we weren’t being heard,” Bradley said. “There were multiple issues going on at the hospital, along with what we felt was a lack of accountability. The response from management was always, ‘Put it in an email and we’ll see what we can do.’ We felt that a union would give us a voice.”

The National Veterinary Professionals Union, though not involved with the San Francisco and Seattle efforts, applauded both votes.

Practice owners are naturally concerned that the demands of a unionized workforce would hit their hospitals in the pocketbook.

“Speaking in general terms, if the cost of operating a hospital increases it would be natural for the hospital to raise prices to cover any increase in operational costs,” said VCA’s Drew. “Or it might be necessary for the hospital to reduce the number of team members, as has happened in other industries where wages went up faster than expected because of increased minimum wages.

“Animal hospitals typically do not have high margins after capital expenditures and taxes are taken into account, so it would be natural for owners of hospitals to try to at least offset additional costs that are incurred.”

Contract negotiations also could require the hiring of an attorney to negotiate on the hospital owner’s behalf. And then there are the obvious expenses likely to result from talks, such as higher wages and richer fringe benefits.

“How does that not drive up costs?” said Mark Cushing, JD, the CEO and founder of the Animal Policy Group consultancy and a Today’s Veterinary Business columnist.

“Two things are possible,” Cushing said. “One is the costs are passed on to clients, the other is staff are laid off. The perspective of the union would be, ‘No, you just need to make less money.’ ”

“We have a long history of organizing new workers and new industries, everything from hospital workers to police officers,” Dowling said. “I had never organized an animal hospital, but I’ve done a lot of human hospitals, so it wasn’t difficult for me to wrap my head around how workers can come together in that kind of situation.”

Veterinary workers who organize under Dowling’s union will not pay dues until a contract is signed with management. The process that can last up to a year.

“Once workers come to an agreement and vote to pass their contract, they will pay dues to their organization and the union will begin to recoup that cost and build up its resources,” Dowling said. “The workers will pay approximately 1.5 percent of their gross pay on hours worked.”

“They pay for union staff and an office to handle activities such as organizing, communicating with the membership, collective bargaining, pursuing any grievances against management, and building up a strike fund in case of a strike or a lockout by management,” he said.

“Most unions also use a portion of funds for political action since so many labor issues are now affected by laws and public policies.”

“Employee support has been overwhelmingly positive,” she said of the union discussions. “I think I can count on one hand the number of people I have talked to personally who said they didn’t want anything to do with it.”

Cushing warned of the negative consequences of a union on hospital dynamics, especially if some staff members do not support the drive.

“How will that affect the mood and morale within what is typically a small-business environment?” Cushing asked.

Could the presence of a unionized staff hurt patient care?

“It is certainly possible that certain work rules that unions typically ask for will affect the workflow of a hospital and, therefore, patient care,” VCA’s Drew said. “Other activities that are not uncommon when unions and companies can’t agree on a collective bargaining agreement, like a work slowdown and strikes, would certainly have a significant impact on patient care.”

“Fewer employees means the remaining staff have to do more in the same amount of time with the same number of patients,” he said. “It could also mean fewer veterinarians or lower-compensated veterinarians, which can mean fewer people are attracted to the profession, or that veterinarians who are paid less will be less motivated. So, I think there clearly is that danger.”

Union activists are familiar with these concerns but downplay them.

“A cost increase to clients is one way to pay for increased benefits and pay for staff, but we believe there are other ways to offset those expenses,” Hughston said. “One way would be for a practice to accept a slightly smaller profit margin, to pay executives slightly less or to pay slightly smaller executive bonuses, for example.”

Better wages and benefits would reduce staff turnover, she said.

“Turnover is tremendously expensive for a company,” Hughston said. “And that expense isn’t just monetary; there is also a brain drain. You’re losing the years of experience and training you have put into that employee.”

As for strikes, the International Longshore and Warehouse Union, like many of its counterparts, has been involved in its share. Most involved dockworkers and were short-lived, but one in 1992 involving human medicine — at Summit Medical Center in Oakland, California — lasted seven weeks.

No crystal ball can predict the future of unions in the veterinary industry, Tilly said.

“A lot of unions may be thinking of this workforce,” he said. “A [larger] union, such as the Service Employees International Union, which has a strong war chest, could potentially ramp up a nationwide campaign.”

A 2016 survey conducted by the National Association of Veterinary Technicians in America found that 44 percent of full-time nurses earned from $15 to $20 an hour. About

NAVTA noted that more benefits were being offered than ever before, through the group pointed out that “a majority of VTs are still responsible for their licensing fees, association memberships and uniforms.”