What’s Next for Telemedicine?

The evidence shows there’s no reason for anyone to fret about veterinary virtual care. It’s safe, effective, in demand and here to stay. 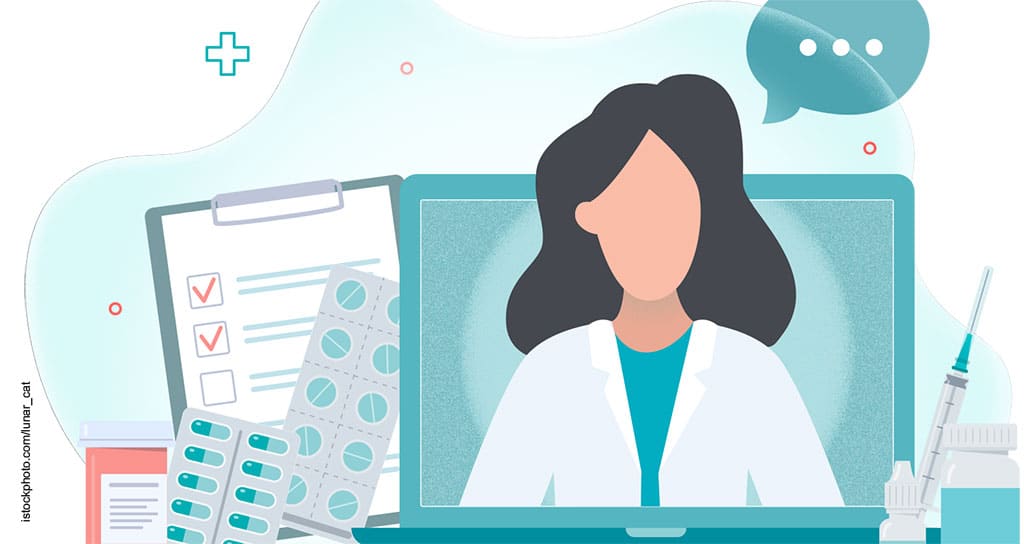 The sirens shouting that telemedicine will be the end of veterinary medicine were wrong.

When we look back on 2020, the year of COVID, three other things will jump out:

Everyone in the pet health care space should pause for a moment and reflect on those three milestones. They have real meaning for 2021 and beyond.

I wrote earlier that veterinarians have a difficult time dealing with success, having been steeped in a culture and economy that for decades saw pets and their medical care as a sideshow. As recently as 2014, how many veterinary conventions sounded these trumpets: The good times surely will end, growth will abate, and change must be avoided at all costs?

Hard facts might now replace the fear and skepticism about the foundations of the pet health care sector and the value of virtual care. Put differently, the sirens shouting that telemedicine will be the end of veterinary medicine were wrong. (That argument was raised again in August 2020 during a Nevada state veterinary board hearing.) Let’s explore.

Proponents of telemedicine in the world of human and animal care never claim it will replace in-clinic care. They suggest that telemedicine is a tool for practices to meet patients’ medical needs. Just that, a tool. Skeptics or critics try to fashion an argument or theory that virtual care is the end game and that all standards of care will be dropped. If so, they argue, we will witness harm and death in a pet population unfortunate to have been treated through digital health care. That is the theory’s logic and essence.

In 2018, the 15 million person province of Ontario launched virtual care and the freedom to establish a veterinarian-client-patient relationship through telemedicine. The head of the governing board for veterinary medicine in Ontario confirmed that not a single complaint was filed in 2018, 2019 or early 2020 alleging that the use of telemedicine negligently injured or killed a pet.

How could that be given critics’ warnings? Do Canadian pet owners not understand their right to complain to veterinary medical boards? Hardly, as these boards function the same as their U.S. counterparts. Canadians might be polite by nature, but they are not silent if their rights or interests are harmed. The fact is that telemedicine worked, pet owners gained an additional tool to work with veterinary practices and clinic visits increased. Who would have thought?

In 2020, state governments prioritized social distancing to restrain the spread of the novel coronavirus. Twenty-five states encouraged people to use telemedicine to care for their pets, and 15 of those states relaxed rules that prohibited the formation of a VCPR through electronic means. In other words, nearly one-third of American states allowed a veterinarian to determine for herself whether she could help new clients and their pets, or at least get started, through virtual care. This has been the position of the American Association of Veterinary State Boards and the Veterinary Innovation Council since 2018 and 2016, respectively.

Finally, the United States enjoys a laboratory like the one Canada gained with Ontario in 2018. Did clients in any of those 15 states file a complaint since early March alleging that telemedicine negligently injured or killed their pets? The Veterinary Virtual Care Association asked the state veterinary medical boards. To date, the answer is “no.”

Those 15 states were not alone. The U.S. Food and Drug Administration faced the same challenge during COVID and relaxed its rule that required veterinarians who wanted to prescribe an off-label drug to have in place a traditional VCPR. What happened when the rule was rolled back and the VCPR could be formed through telemedicine? Did complaints flood the FDA because pets had been negligently injured or killed due to veterinarians prescribing medications through telemedicine? I think you know the answer.

We are at a crossroads now with no immediate end in sight to COVID, but hope persists that vaccines will become available in 2021. State orders relaxing restrictions on telemedicine soon will come under scrutiny. Should we return to the status quo of February 2020? Do we tell pet owners to put away their smartphones when it comes to pet health care despite them using the devices in every other facet of life? Or do we trust the evidence from human medicine, the FDA and veterinary telemedicine providers in Ontario and the 15 states? Which should govern the day: theory or facts?

The Truth Is Obvious

It is always fair in policy debates to raise theoretical arguments and concerns, especially in a democracy. That’s how we explore issues, frame proper questions and settle disputes. But when the facts start rolling in, it’s time to put skeptics and critics to the test. Either telemedicine hurts animals, it helps their health care or, at worst, is harmless. The evidence is overwhelming. It’s time to move forward.

Veterinary practice teams want choices and tools to help clients, especially those who have difficulty accessing care. Telemedicine and virtual care have earned their place in the toolkit of human health care over the past 30 years, and now their time has come in veterinary medicine.

The Veterinary Virtual Care Association had 3,642 members as of October 2020, its fourth month of existence. Learn more at vvca.org/join-us.

7 Ways to Alleviate the Veterinarian Shortage