Veterinarians are free to discuss the subject with clients barring any restrictions. However, be careful with therapeutic claims. 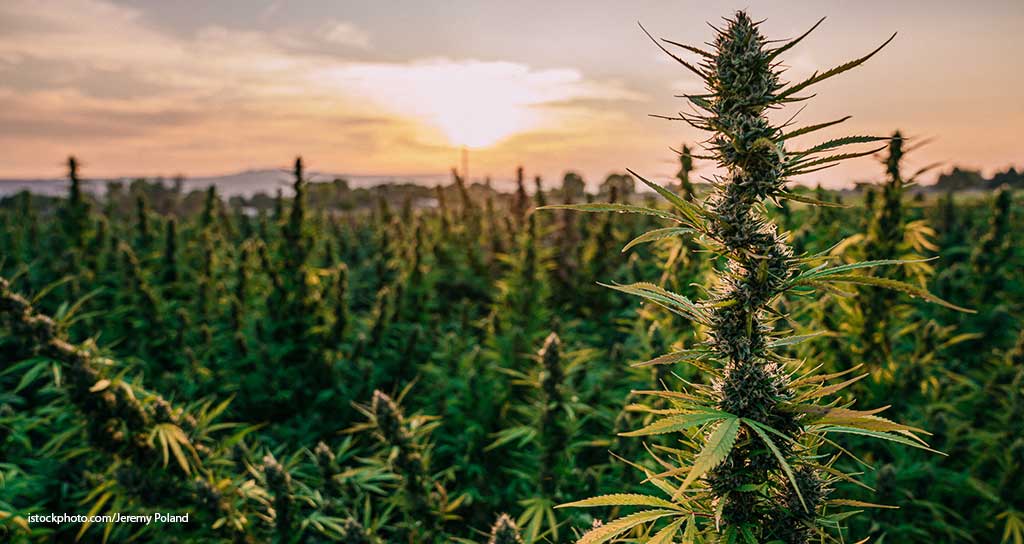 The veterinary and pet owner communities’ growing interest in cannabinoids builds upon thousands of years of cannabis cultivation and medical applications. Cannabinoids have illustrated their substantial potential to improve the health and well-being of pets and people, but the use of cannabinoid products must be done safely and effectively. To do so, a veterinarian must examine the endocannabinoid system, the many cannabinoids, the available and impending products, the implications for their use, the potential side effects, the regulatory issues, and the scientific literature. This article is intended as a primer for veterinarians.

Humans and animals are born with an endocannabinoid system (ECS), which helps the body maintain homeostasis. The ECS has two key components: neurotransmitters and receptors.

Neurotransmitters are chemical substances created by cells to transmit a message. These messenger molecules bind to the second key element of the ECS, the CB1 and CB2 receptors. Endogenous molecules, which occur naturally in the body, and phytocannabinoids or cannabinoids, which are found in hemp plants, can bind to either CB1 or CB2 receptors to regulate the ECS. The ECS requires regulation to combat environmental and internal stressors, and this is where cannabinoids play an essential role. The ECS plays a part in sleep, emotion and mood, appetite, memory, digestion, immune function, reproduction and fertility.

Cannabinoids refer to any naturally occurring, biologically active chemical constituents of the flowers, leaves and stalks of cannabis plants. The cannabinoids found in plants, called phytocannabinoids, mimic endogenous neurotransmitters to exert their effects on the ECS.

While CBD is best known, it is one of 120 identified cannabinoids, each with unique properties and effects within the ECS. This fact opens a world of targeted cannabinoid applications for animal and human use. The number and actions of individual cannabinoids underscore the importance of being certain about which cannabis product is selected and for what purpose.

All hemp/cannabis products are not the same. The plants yield different concentrations of the various cannabinoids based on the breeding and selection of cannabis varieties, growth conditions, harvesting practices and extraction processes. Most broad- and full-spectrum CBD products are formulated by processing the hemp such that the cannabinoid content is whatever cannabinoids happened to be in the harvested plants. The resulting varied concentration of cannabinoids is one explanation for the inconsistent responses among animals. Other bioactive compounds in cannabis plants can influence bioactivity, and the method of administration affects a body’s response.

One company (Chou2 Pharma), which the authors advise, employs a proprietary technology known as the cannulation purification system to separate individual cannabinoids. The process allows the intentional formulations of known quantities of preferred cannabinoids for various targeted uses, with greater bioavailability and the likelihood of surviving the upper gastrointestinal tract.

Here are examples of cannabinoids and their functions:

Cannabinoids, because of their many positive physiologic properties, have numerous applications in enhancing the health and well-being of pets and humans. In the face of the opioid crisis in veterinary and human health care, cannabinoids offer an attractive alternative in managing pain and inflammation. In addition, cannabinoids might be used for their anxiolytic properties, such as for separation anxiety, avoiding the oversedation and tranquilization of pets. Hospice care offers an appealing application as well.

The 2018 U.S. Farm Bill legalized hemp extracts, including CBD. In September 2018, California became the first state to legally protect veterinarians who discuss the use of medicinal cannabis for their animal patients. Legally speaking, cannabis plants that naturally produce greater than 0.3% THC are labeled marijuana and considered illegal drugs under federal law. Plants producing less than 0.3% THC are considered hemp, and the Farm Bill classified them as legal.

The U.S. Food and Drug Administration maintains the authority to regulate food and drug products containing cannabis and cannabis-derived compounds, including cannabinoids. To date, the FDA has approved only one drug derived from the cannabis plant: Epidiolex, from Greenwich Biosciences Inc., for the treatment of certain epileptic conditions. Chou2 Pharma is beginning the multiyear process of pursuing FDA approval for prescribed pet cannabinoid products.

Oregon, Florida and California legalized the sale of hemp and CBD pet food for intrastate commerce. Oregon authorizes the manufacture, distribution and sale of hemp-CBD pet food if it contains no more than 0.3% THC. Such pet food is limited to dogs and cats.

Florida allows pet food and treats to contain hemp extract of less than 0.3% THC. California is the latest state to allow the sale of hemp-derived ingredients in pet food.

The FDA recognizes the potential opportunities of cannabis and supports the rigorous scientific testing of cannabis-derived drugs. The agency looks more favorably on companies whose products are produced by good manufacturing practice (GMP) and come with pharmacokinetic data, safety and efficacy studies, full traceability and a certificate of analysis.

California is the most active state in legislative, regulatory and industry engagement with cannabis for people and pets. Let’s look at the history.

Assembly Bill 2215, approved in 2018, permits veterinarians to discuss but not recommend, dispense or administer cannabis products. The law does not pertain to industrial hemp. This step made California the first state to recognize cannabis in veterinary medicine, legally protecting veterinarians who talk with pet owners about its use. In 2019, the California Veterinary Medical Board adopted cannabis guidelines for veterinarians. (Learn more at bit.ly/3vC3Vay.)

Outside of California, a few states approved legislation on the veterinary use of cannabis. For example, a new Nevada law permits veterinarians to discuss, recommend and administer a product containing hemp or CBD.

What Are Veterinarians to Do?

Forty U.S. jurisdictions allow people to take cannabis medicinally, and 20 also allow adults to use cannabis recreationally. Even in jurisdictions where cannabis is legal but lacks a specific authorization for veterinary use, veterinarians are often uncertain about whether they are protected in recommending its use. The issue revolves around proof or evidence that cannabinoids have therapeutic value in pets and at what dosages.

The cannabis industry is so young that the answers are limited. The First Amendment applies to commercial speech, so generally, veterinarians can discuss cannabis or cannabinoids with clients unless state laws or regulations say otherwise. The issue is whether a veterinarian could be disciplined for claiming a therapeutic value for a supplement that is not FDA approved or confirmed in clinical trials.

What Are Pet Owners to Do?

Owners want relief for their pets from arthritis, anxiety and seizures. Veterinarians want to provide clients with accurate information about safe and efficacious products.

Before a cannabis product is considered, the patient must first be evaluated for a cannabis-responsive condition. Do any contraindications or comorbidities mitigate against starting on cannabis? Do potential drug interactions exist? The next step is to assess the product and its certificate of analysis (COA). A COA is a report from an accredited, third-party laboratory that details a product’s chemical analysis and confirms that it is contaminant-free. Lastly, clear expectations need to be set because cannabis is not a wonder drug.

To veterinarians, we say familiarize yourself with the possibilities and limitations of cannabinoids, the evolving regulations and the scientific literature.