Try to focus less on the dilemmas in your life and more on achieving peace, joy and fulfillment. 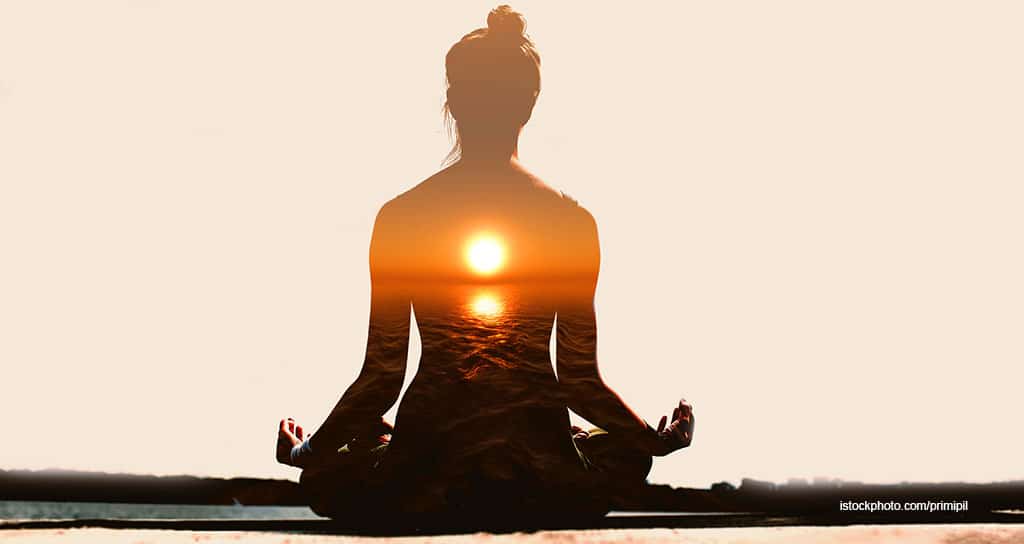 For most of us, the warmer weather and longer days signal a time of renewed energy and enthusiasm that feels more vibrant and fuller of potential. This spring feels especially opportune coming after a prolonged somber period. Between the heaviness of the pandemic and social unrest, many of us looked forward to putting 2020 behind us. The pandemic, in particular, kept many of us indoors and away from our preferred routines for extended periods, just as harsh winter weather often does.

Now, with the hope provided by vaccines and COVID-19 cases starting to at least head in the right direction, we have more reason to be optimistic as we enter this most uplifting time of year.

In springtime, “flow” is naturally moving in the direction of renewal and rebirth all around us. We can readily choose to wade into the stream and let it carry us. Just as we use this time of year to spruce up our homes and surroundings through spring cleaning rituals, we can focus the clearing and cleansing inward as well. If we wish to do that consciously, the natural steps in the process are:

Letting Go of the Old

As invigorating as the sunnier, warmer days might feel, what good would it do us to fold all that renewed energy into old grievances, fears, anxieties or other forms of limitation? If you are already in “flow” and experiencing fulfillment and bliss, then congratulations, you have done some of the work of letting go and there might be nothing that you would want to change. For the rest of us, the state of flow remains largely aspirational, so we recognize that something will have to change in order for us to achieve that state more regularly. Change logically begins with letting go of whatever we’ve been holding onto.

As Socrates was quoted, “The secret of change is to focus all of your energy not on fighting the old but on building the new.” So, rather than doubling down on dilemmas, either by engaging in them further or using energy to combat or resist them, the idea is to let those dilemmas be and to refocus our energy in a direction that brings more peace, joy and fulfillment.

We recognize that these observations can read like hollow platitudes, especially to those who suffered great harm at the hands of another. Unfortunately, our lives and media are always full of examples of such occurrences and so it can be challenging to choose to turn away from negative or oppositional thoughts and toward more peaceful pastures. But as C.S. Lewis noted: “Getting over a painful experience is much like crossing monkey bars. You have to let go at some point in order to move forward.”

Laura Hillenbrand, the author of “Seabiscuit,” is perhaps one of the best storytellers of our time. In her second book, “Unbroken,” she tells the remarkable story of Louis Zamperini, who grew up as a poor child of immigrant parents to become an Olympic athlete and ultimately survive one of the most harrowing endurance experiences imaginable. He spent years in a World War II prisoner-of-war camp and being tortured by a maniacal Japanese prison guard. After his release, he found himself consumed day and night with the desire to exact revenge on the guard. Ironically, the darkest time of his life was not when his bomber was shot down over the Pacific or when he drifted on a life raft for 47 days or when he was interned in the Japanese camp, but rather when he returned home and sank into alcoholism and depression because he was stuck in looping thoughts of exacting retribution.

For Zamperini, peace came only when he forgave his captor and moved on. As he later observed: “If you hate somebody, it’s like a boomerang that misses its target and comes back and hits you in the head. The one who hates is the one who hurts.”

Of course, we can (and many of us do) turn some form of attack on ourselves so that the harm is even more direct. But either way, hating, attacking or harboring negative thoughts in some form of “justified response” will always harm us only if for no other reason than that it delays the moment when we open to flow and our higher potentials.

Returning to Your Root

Letting go is the first important step in any renewal process, but it leads to the logical question of what to focus on in lieu of what might not have served us in the past. For the two of us, we find it helpful to return to our root — some foundational principle that reminds us of who we believe we are and what we believe we are here to accomplish. These root, or core, beliefs vary dramatically from person to person, but here are examples to consider:

We do not wish to advocate or judge any particular root idea. Rather, we suggest finding a root idea that resonates with you completely and feels expansive, not limiting. What also can be helpful in this context is to remember that you are a player in a larger story who has an important part to play and specific gifts to share. When resetting, questions like “What do I stand for?” and “How do I stay true to that?” can be important to reflect on. And lest this all seem too serious, another key question is, “What creates energy and fun for me?” Futurist Guy Dauncey correctly noted, “If it’s not fun, it’s not sustainable.”

The final step in a personal spring cleaning process is to trust and let life unfold in alignment with your renewed self. The good news is that this requires no overt action on your part. So, if we can move past the concept that anything worthwhile can be achieved only through our efforts (our doing), then we cease to limit our possibilities to that very narrow scope.

As always, our musings are intended as a shared exploration, as we are certainly exploring ourselves. That said, we’ve both benefited from going through a renewal process, even if it took much longer than expected to bear fruit.

After a long winter, it’s springtime at last. And with it comes the invitation for new beginnings, including an opportunity for inquiry into what Thomas Merton referred to as the “seed of true self.” What seed was planted when you or I arrived on earth with our identities intact? How can we recall and reclaim those birthright gifts and possibilities?

Hopefully, this time of year feels like an encouragement to find that true self. If it does not for some reason, then the new beginning is waiting for us just the same; we have to be willing to choose it. As inspirational author Alan Cohen has encouraged: “Do not wait until the conditions are perfect to begin. Beginning makes the conditions perfect.”

Thank goodness for new beginnings and the opportunity to return to the root of our true self.

We look forward to seeing what new growth begins to bud in your work and life.

Former prisoner of war Louis Zamperini was greeted warmly when he returned to Japan in 1998 to carry the Olympic torch before the start of the Winter Games in Nagano. “It was a beautiful experience for him to come back and have that closure, and have all of that hatred behind him,” Laura Hillenbrand, the author of “Unbroken,” told NPR.