The price is not always right

If you don't know the difference between markup and margin, your revenue might be taking a hit.

Written by Dan Truffini in February 2018 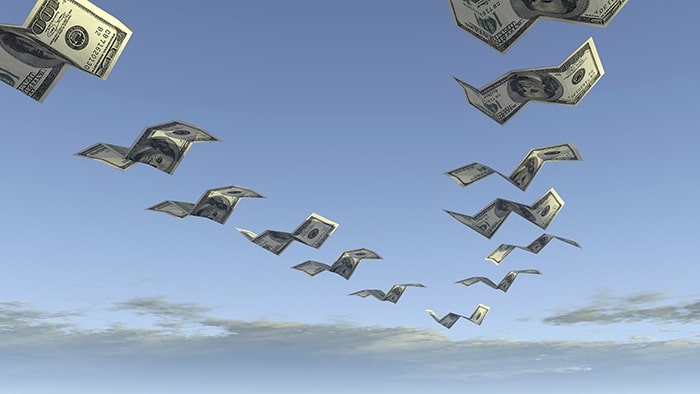 Margins are the name of the game in the veterinary practice.

Bon Jovi, a band from my native New Jersey, has an anthem that starts off, “It’s all the same, only the names will change.”

Great tune, but unfortunately, it’s not all the same when it comes to markup and margin. The two terms, each a measure of profitability, are not interchangeable. The reality is that most businesses use them as such and in the process cost themselves huge profits.

Let’s back up first. I am no economist. Far from it. Before starting my business, I barely understood the concept of buying something at one price and selling it at another. But reality quickly set in when the calculator came out. I was “marking up,” simply adding whatever I wanted to the price of the item, thinking that was my profit margin and calling it a day.

Turns out there was a lot to learn. I was upset that I had been leaving real dollars on the table by taking the wrong approach and using an incorrect pricing model. But once I learned the difference, things became crystal clear: It’s all about the margin at the end of the day. Don’t let anyone tell you otherwise.

The understanding started for me when I refreshed myself about how percentages work. When you look at the “%” sign, remember that it is really a reference of any number compared to the number 100. It is a number divided by another number. The whole point of percentage is to relate it to “out of 100.” “Percent” is the same as saying “per hundred.” That helped me get going.

These two equations will clear up the difference when comparing one against the other.

I recommend that you write the equations on paper near your computer and always refer to them.

While you may think that you are making 30 percent by “marking up” $3, in fact you are making only 24 percent. And these percentages add up fast. In a profession where we often survive on dollars and cents, an extra 6 percent ongoing could be the difference between hundreds of dollars, if not more. And this is only on one item.

Here’s something that surprises people: The higher the markup, the lower the margin. The key difference between these two approaches to pricing your items is that “margin” is based on the selling price and “markup” is based on the cost of merchandise.

Still with me? Think of each this way: Markup is cost-based thinking and margin is value-based thinking. Asking yourself, “What is the direction of my pricing thinking?” will lead you to the sunshine. If you have cost-driven thinking (markup), you are asking,” What can I charge to the client on top on my cost to buy?” If you have value-driven thinking, you ask, “What value have these products or services created for clients?”

The long and short of it is that you, unlike Big Retailer, offer more than products that we buy for one price and sell for another. You also have services — mostly your services. If you use the thinking approach above, you will quickly conclude that you are value-driven and you will provide services that allow for really good margins.

Margins are the name of the game in the veterinary practice. When you assess what to make on a service, you are really saying, “What margin do I want to make,” not “How much should I mark that up?” Start from the end and work backward. If you want to make a true 30, 40, 50 or 100 percent — whatever the number — you must make that in your margin, not your markup.

Here is another helpful equation for figuring out the percentage you need to upcharge to make your targeted margin number. If you write this one down next to the other two equations, you will never misprice again.

I recommend applying this particular equation to your top 25 products and services and adjusting the price immediately. Then, over the next few months as you see the new pricing at work, go through your entire price list and apply the equation to everything. Remember, margin is based on a value you provide to your clients. There is no other profession in the world that provides as much value as veterinary medicine.

So, throw away your markup mentality as soon as possible. Every part of your practice works too hard and cares too much to not be making the money you think you are making. Take it from me: If you do this now, you will see major results as soon as the next quarter. The additional revenue can be used where it is needed most, and this fresh way of looking at pricing will change how you look at other parts of the practice as well.

Veterinary schools do a fantastic job educating a future doctor. What they do not do so well is prepare the veterinarian to be a small-business owner. Some curricula are starting to change, but not nearly enough and not nearly fast enough.

Please do not feel frustrated or concerned that you have priced things the wrong way for too long. Changes are easy to make. The time to shine is now.

The next three to five years will be critical for the independent practice, and your future is brighter than ever.

Dan Truffini is the founder of DVM Profit Zone. Learn more at www.dvmprofitzone.com.

Animal health products trending up in 2020

Don’t be afraid to sell a product