The Next Step of the Journey

Why my business partners and I sold our Tennessee veterinary practice after only 2½ years of ownership. 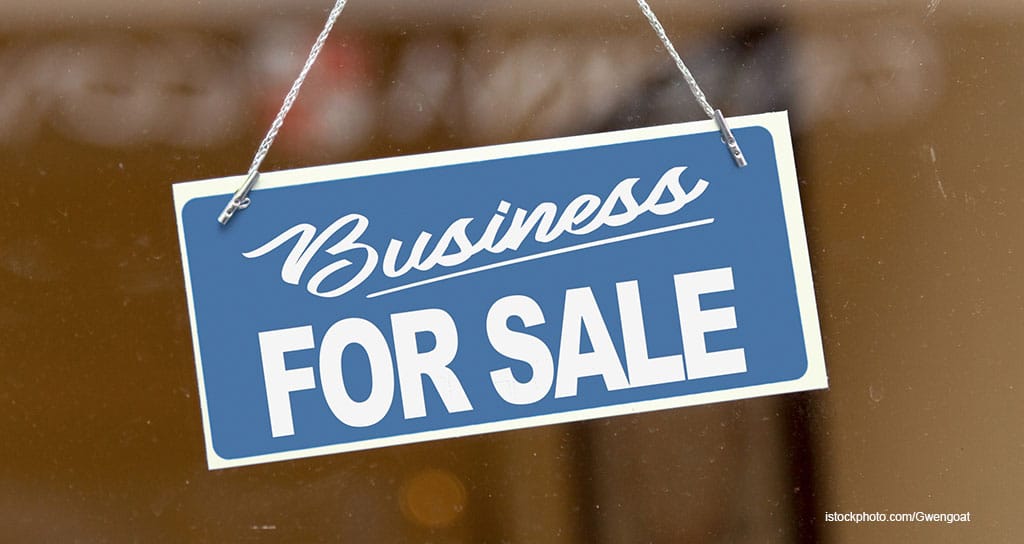 if you can’t or won’t provide a full picture of your veterinary practice, you potentially will leave hundreds of thousands of dollars on the table.

I left a long career in industry to become co-owner and managing partner of Orchard Park Animal Hospital at the beginning of 2018. My journey to that point was detailed in a previous issue. [Read “My Journey to Practice Ownership” at bit.ly/Orchard-Park.] My reasons for purchasing the practice were many, and one was the investment opportunity. Over the past several years, we’ve all seen private equity firms invest vast sums of money into veterinary practices, so I figured, “Why shouldn’t I?”

But how long should one hold onto an investment? Investors have different goals and timelines, and ours were no different. Based on our ages, kids’ ages, savings and projected needs, my two partners and I determined “our number.” That would be the practice value at which we would consider selling. The question became, “How long until it’s possible?”

Before we purchased Orchard Park Animal Hospital, located about 20 miles north of Nashville, the practice had a five-year CAGR (compound annual growth rate) of approximately 4.5%. This number was roughly in line with the national average of 5%. I felt confident that we could increase the growth to 8% by implementing several best practices I had witnessed over the years. These included inventory and pricing optimization, a transition from a product-centric to service-centric model, and establishing clear direction and leadership within the clinic.

I projected that if we grew at least 8% annually and consistently maintained EBITDA (earnings before interest, taxes, depreciation and amortization) at 15% or better, we could attain “our number” in seven to 10 years. That time frame coincided with the three owners reaching our mid-50s and having kids either at or nearing the ages of being on their own. Of course, it also assumed that practice valuations would remain within the historical range of four to six times EBITDA.

After two full years, our revenue growth was 28%, which was well ahead of projections. We also increased the percentage of veterinary service revenue to 58% of our total (up from 43% in 2017), while product revenue fell from 45% to 30%. (Boarding and grooming remained consistent at 12% of total revenue.)

We were doing positive things, and in fact, I’d spoken about our success at meetings nationwide. The success also meant that several parties inquired about our interest in selling. Despite our growth, I knew we still had work to do to get to “our number.”

I was heading up the escalator at VMX 2020 to attend a practice management session when I ran into a former Novartis Animal Health colleague, Kyle Wittenborn. He was working for a practice consolidator based in Michigan. Kyle was going to a presentation titled “Sell to Consolidator vs. Continue Ownership,” so I joined him. During the presentation, I heard interesting reasons for why someone should consider selling a veterinary practice. The primary reasons to continue ownership sounded more subjective, perhaps emotional, such as “What will you do with yourself if you sell now?” and “Are you ready to give up control?”

Afterward, Kyle and I headed to a pub to watch the AFC championship game and catch up. We began discussing the presentation, Kyle’s employer and my practice’s exit strategy. I explained that until earlier that day, I assumed we were five to eight years away from achieving “our number,” but based on what I’d heard, perhaps we were closer. I agreed to have Kyle’s company, Mission Veterinary Partners (MVP), provide a free valuation. I figured that, at the very least, I’d get a better idea of where my partners and I stood.

Now, understand that I went to VMX to attend practice management sessions. So, when I returned home and mentioned a valuation, you can imagine the confusion on my partners’ faces. But I explained what I learned and that we had nothing to lose since the valuation was free. Because the exercise would require me to assemble our financials, I contacted other consolidators for a valuation, too. In the end, I considered the strategy to be like getting a home value from Zillow — seeing the number is interesting, but it doesn’t mean I’m selling my house.

Submitting all the requested financial materials and receiving the first valuation, from MVP, took about a month. The initial value was not “our number,” but it was higher than I projected. It was also high enough for my partners and me to agree to a follow-up meeting and discuss potential options, like a joint venture in which we would retain a minority stake.

After the follow-up meeting in late February 2020, the three of us needed to decide how to proceed. My 2020 plan had been to start handing over the day-to-day practice management responsibilities to a team member we’d been developing the past two-plus years. I had planned to maintain my one-third ownership, manage the hospital finances and dabble in outside opportunities. I asked myself:

We also needed to decide whether selling to a corporate group was right for the hospital team and if so, was MVP the one? Coming from a corporate background, I was less concerned about the perceived negative connotations associated with consolidators. However, I needed to make sure we wouldn’t jeopardize the ability of our doctors and team to continue practicing medicine the way we thought was best for our patients and community.

When I learned that my wife’s former employer, Dalton Animal Care, was selling to MVP, I immediately reached out to the practice’s owner, Dr. Jules Crawford. I consider Dr. Crawford a mentor and wise businessman, so I wanted to learn more about his decision. He shared that the challenges we faced as private practice owners continued to increase. These included finding, hiring and retaining talented team members and the constant battle with the rising cost of goods sold.

Dr. Crawford also noted that the present valuations offered by corporate entities far exceeded what a bank would lend for a private sale. Lastly, and most importantly, he felt comfortable with MVP and its culture.

In early March 2020, we countered with “our number.” After a back and forth and a few days, MVP accepted our offer. We were surprised, excited and even a bit shocked that the sale was happening. Luckily, we had until the end of March to sign the letter of intent. With spring break vacations around the corner, this meant we’d have plenty of time to relax, refresh and make a collective decision before March 31. Or, at least, that’s what we thought.

Who could have known at the start of 2020 that by late March, the acronyms COVID, MVP and PPP would play such a huge part in my life? By mid-March, our “normal,” along with everyone else’s, came to a screeching halt. There would be no vacation or time for follow-up meetings about MVP’s offer. Several days into the new COVID normal of a veterinary practice, my partners and I decided to be prudent. We signed the sales proposal.

Typically, a practice sale occurs within 90 days of the document’s signing. However, since MVP was based in hard-hit and mostly shutdown Michigan, the transaction could take longer. In the interim, though, I could begin the due diligence, which is when the buyer effectively audits all your financials and reviews contracts, agreements and vendor relationships. As I was integrally involved in our practice’s finances and operations, I could respond readily to MVP’s requests.

By late March 2020, my bigger concern became COVID’s direct effect on our ability to stay in business, much less sell it. We finished the month down 6% in revenue and 20% in invoices. We furloughed five employees and cut staff hours. The trend worsened in April as revenue fell by 24%. We had not informed the team of our MVP decision and, in fact, had prepared for the likely possibility that the entire deal would fall through. Luckily, our Paycheck Protection Program (PPP) loan was funded on April 30, so we could stay open at least for another couple of months no matter what happened.

Imagine my surprise in early May 2020 when I learned that not only was the deal still in place but that a July 9 closing date had been set. Knowing the date set into motion a series of events. The first would be revealing the plan to the team on June 4, quickly followed seven days later by on-site introductions to MVP representatives.

In late May, I took the practice manager-to-be and our customer service supervisor to lunch to tell them about the sale and the June 4 team meeting. It was vital to have the hospital leaders informed and aligned so that no surprises would ensue. I also wanted to provide them with the opportunity to spend the weekend talking with their spouses, learning more about MVP, and deciding whether they were on board and would keep a positive attitude during the process. If not, we would shake hands and move on.

On June 4, the team heard about the sale. Yes, some people seemed surprised and even concerned, but we explained the decision, how the process would work, and most importantly, that everyone would remain employed. On June 11, MVP representatives spent several hours meeting with the team, reviewing expectations and addressing concerns.

The most essential details were that the doctors and team would stay the same, the clinic name and hours wouldn’t change, and our computer system would remain in place. As for our clients, the services and care we always provided would not change.

And so, the journey continues.

Dr. Whit Cothern is the former managing partner of Orchard Park Animal Hospital in White House, Tennessee. He previously held sales or veterinary relations positions with Boehringer Ingelheim Animal Health, Novartis Animal Health US and Scil Animal Care Co. He was a clinical veterinarian in Tennessee and Florida after he graduated from the University of Tennessee College of Veterinary Medicine.

POSTSCRIPT: Since the publication of this article, Dr. Cothern joined Mission Veterinary Partners as a strategic medical director. In the role, he focuses on bringing MVP resources to local medical leadership teams so that they can accomplish their goals for their hospitals.

THE END OF THE LINE

Do you want to sell your practice sooner rather than later? Here are a few important tips.

The New Dawn of Digitization