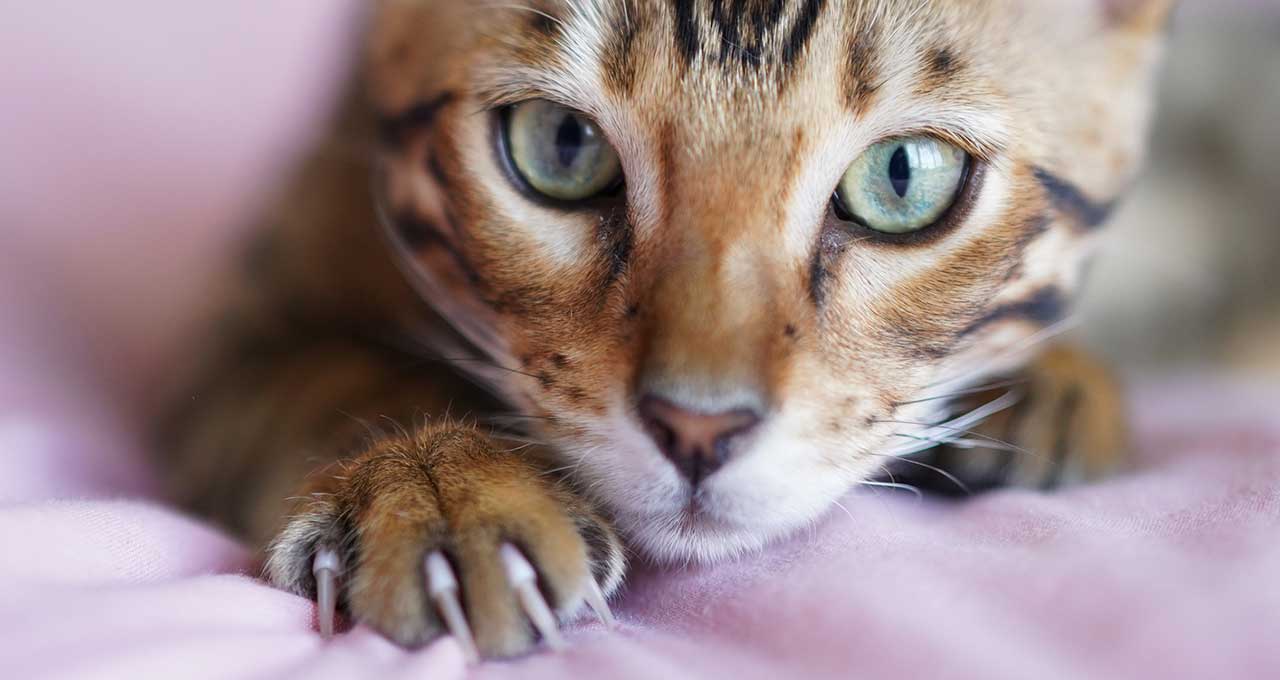 As millennial veterinarians and pet owners line up against declawing, organized veterinary medicine has a tough decision.

2019 is a watershed year for politics and the pet care industry. Issues that drew scant attention for decades have caught the public eye or, better yet, the eager eyes of politicians wanting to tap into the surge of interest in pets. New York and New Jersey are prime battlegrounds for the issues of declawing cats and grooming dogs.

Declawing was a common procedure for “behaviorally challenged” cats in the 1970s, ’ 80s and ’90s, when baby-boomer veterinarians came of age and built their small animal practices. Introduced into veterinary college curricula in the 1950s, declawing was accepted by doctors and clients alike with little opposition. Advances in anesthesia and pain management accelerated the adoption of declawing as a protocol for cats whose owners had reached their limit of tolerating the destruction of furniture and carpets and injuries to their arms and legs.

I mention these three decades and baby boomers because declawing in 2019 is very much a generational issue, both for veterinarians and pet owners. What do I mean by a generational issue? Test it yourself. Older veterinarians are comfortable with the procedure and view declawing as an important option to consider when dealing with frustrated pet owners and a cat that aggressively scratches. Sure, baby-boomer critics of declawing exist, but ask veterinarians and clients at least 50 years old. You will hear a general tolerance for declawing as a viable treatment.

Now ask a millennial, “Are you in favor of declawing as a form of treatment, or should it be banned?” You won’t hear many millennial veterinarians favoring it or even knowing how to perform a partial paw amputation. Most millennial cat owners consider declawing to be gruesome and unacceptable. Where do Generation Xers fall in this continuum? Probably 50-50 at best.

Veterinary trade associations reflect these generational differences, with the American Veterinary Medical Association, cat fanciers and state VMAs aligned with the view that declawing should be left to veterinarians as a treatment option and is acceptable if the veterinarian chooses. As millennials assume leadership positions in these organizations, we can expect some changes, but so far millennials are working their way up the ladder.

What is important to note is that the AVMA views declawing as an option of last resort, meaning it should be performed only if the alternative is to put down the cat. Corporate practices will begin to consider banning declawing even in states allowing it.

A few liberal cities, such as Los Angeles, San Francisco and Denver, have banned declawing, but little legislative activity had emerged as of this past summer. New York’s legislature and Gov. Andrew Cuomo changed all that when they approved a state law in July that bans declawing unless a veterinarian finds it necessary to save a cat’s life due to a medical condition, not because the cat would otherwise be euthanized. The New York State Veterinary Medical Society opposed the ban and the New York City Bar Association supported it. The lawyers cited a key factor: Studies reportedly showed that relinquishments did not increase after Los Angeles implemented its ban.

Now that our fourth-largest state has adopted the first statewide ban, you might expect declaw bills to flood legislatures across the United States in 2020. Millennials are the largest group of U.S. pet owners, and they spend more on their pets compared with other demographic groups. As millennial veterinarians and pet owners line up against declawing, organized veterinary medicine has a tough decision. Do the AVMA and state VMAs want to spend the next 10 years fighting millennials, many of them members?

We’ll keep a close eye on the battle as it moves on from New York.

New Jersey is ground zero for a growing tempest over the regulation and punishment of groomers who negligently injure or kill pets. New Jersey does not regulate groomers, which is true for the vast majority of American states. Dramatic headlines spawned by deaths or severe injuries at PetSmart grooming salons in and around New Jersey might change all of this.

Do you recall hearing about a Shih Tzu named Bijou in 2014, a mutt named Speck in 2015, an English bulldog named Capone in 2015, a Corgi named Abby in 2018 and another bulldog named Scruffles in 2018? These pets were featured in a slew of news articles and TV segments and on social media.

A New Jersey media outlet’s investigation found that over the past decade, 47 dogs had died during or within days of grooming at PetSmart stores nationwide. Thirty-two of the deaths occurred since 2015. Twenty involved snub-nosed dogs. Pennsylvania had the most deaths, at nine. (Note that PetSmart does millions of groomings a year, so statistically, this is a very small percentage.) Most of the cases were linked to overheating, which is why we often see bills prohibiting the use of cage dryers.

New Jersey lawmakers introduced legislation that has drawn notice nationwide, not just from groomers but also veterinarians and other people in the pet care industry. What’s not lost on the industry is that if states like New Jersey were to allow damages for negligence against pets, similar laws potentially could be extended to include veterinarians, pharmaceutical manufacturers and pet food companies.

New Jersey is taking three approaches. Assembly Bill 3044 and Senate Bill 2514 (Bijou’s Law) would require groomers to be licensed and report incidents, and general care and sanitation standards would be set, including a ban on cage dryers.

Instead of licensing groomers, AB 4055 and SB 3035 would allow pet owners to file complaints against groomers. If three or more complaints were filed, the groomer would have to register with the department and notify potential customers of the complaints.

The last bill, AB 3048, would require grooming businesses to be licensed by their municipality, set general standards for care and sanitation, and direct the Commissioner of Health to inspect each facility once a year.

On their face, the bills look like moderate responses designed to create a level of oversight by New Jersey’s government and some protection for consumers. But the door is never closed to steer the legislation in dangerous directions, which my Animal Policy Group has tracked for months. Either way, it’s worth your time to stay informed as the political process unfolds.

Lawmakers in nearby New York have filed bills to certify and register groomers. A225/S408 would direct the secretary of state to establish a training program and examination as a requirement for grooming owner/operators to register with the state and keep adequate records. The registered groomers could employ individuals under direct supervision, but a registered pet groomer would have to be present whenever a pet is being groomed.

What the corporates get wrong