Heartworm and Lyme disease are on the march 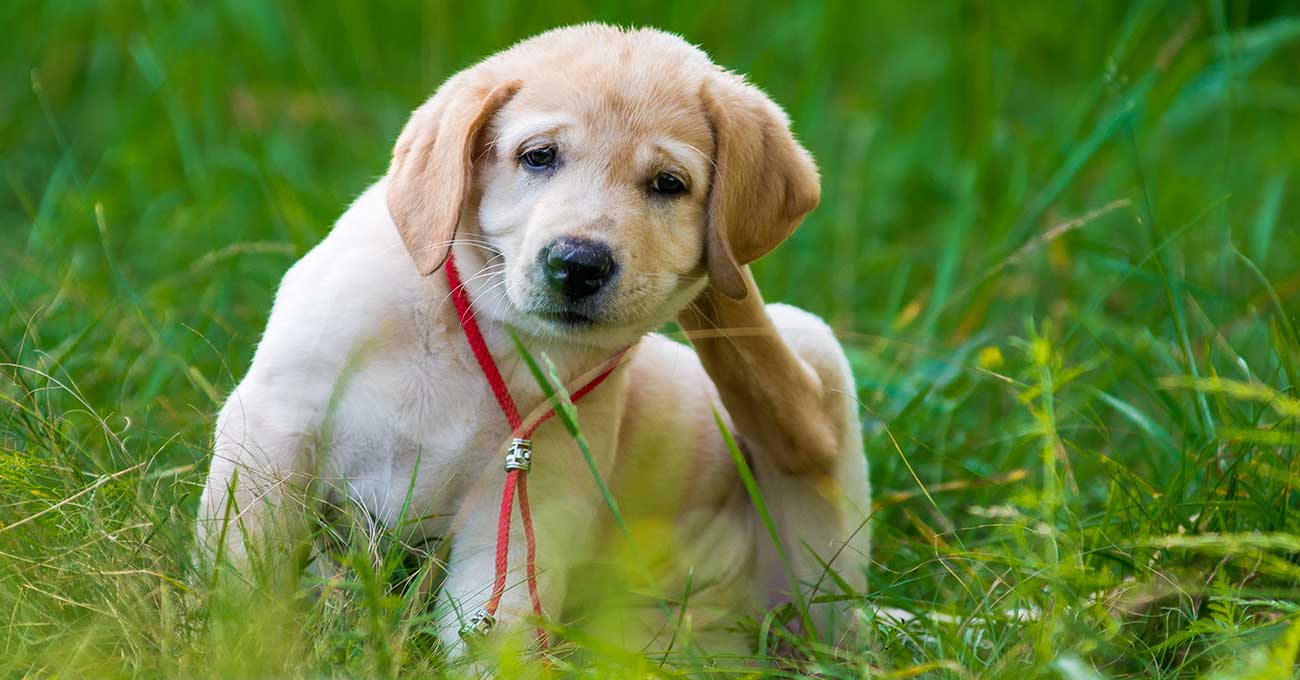 Pets living in or traveling to certain parts of the United States face a higher risk of contracting heartworm or Lyme disease this year, the Companion Animal Parasite Council reports.

The organization warned that mosquito-transmitted heartworm disease poses a bigger threat in the Southeastern United States because of weather that is predicted to be warmer and more humid than normal. Pet owners in the Appalachian region, Minnesota and the Atlantic Coast should be on high alert for Lyme disease, which is spread by ticks that quickly expand their range by catching rides on white-tailed deer and migratory birds.

“We started providing our annual forecasts over eight years ago because of the dynamic and ever-changing nature of parasites,” said Christopher Carpenter, DVM, the council’s executive director. “Over the years, we have seen these diseases continue to move.”

A key takeaway is that both diseases are preventable in pets. The council recommends regular testing, Lyme disease vaccinations and year-round use of heartworm preventives.

The annual forecast includes these diseases and risk areas:

The Companion Animal Parasite Council generates 30-day forecast maps to alert pet owners and veterinarians of pending outbreaks. The maps, broken down by county, are available at www.petdiseasealerts.org. 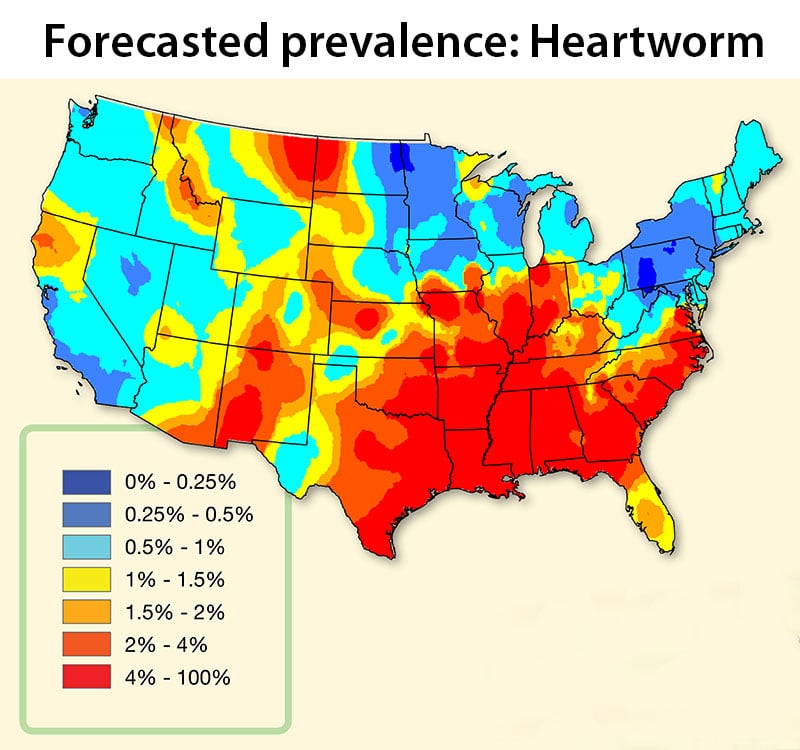 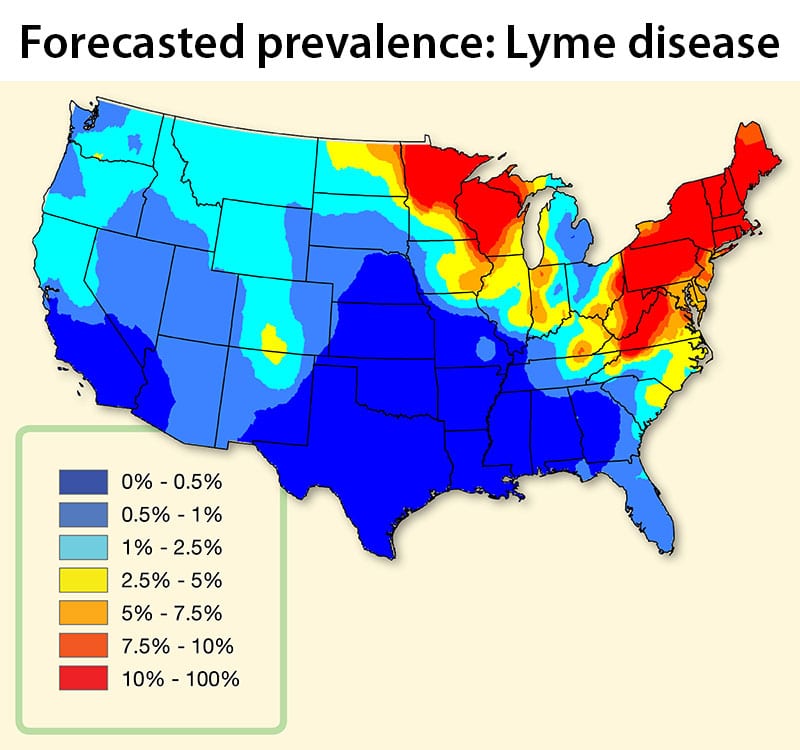