Stuck on the Outside

The veterinary school admissions process mistreats Black and brown candidates. We can do a lot better.

Diversity Toolbox guest columnist Dr. Charles McMillan is a 2012 graduate of the Tuskegee University College of Veterinary Medicine. A small animal practitioner in suburban Atlanta, he enjoys writing about race and culture in veterinary medicine and the techniques for establishing a healthy workplace ecosystem. You can reach him at doctorthinker.com or on Instagram at @yourfavoritepetdoc. 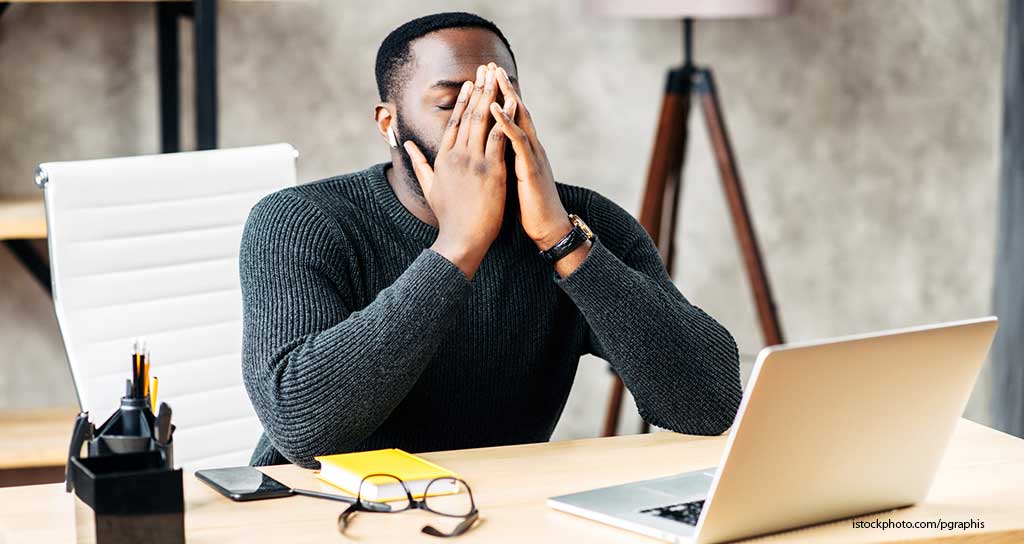 American poet and social activist Langston Hughes asked in his iconic poem “Harlem,” “What happens to a dream deferred?” Published in 1951, the poem spoke to the fragility and combustibility of the dreams of marginalized groups — a side effect of chronic disinvestment in their communities and, by extension, their humanity. Dreams left vulnerable to the harshness of reality are left sullied, sunken and stuck in infancy.

Today, the dreams of African Americans and other disadvantaged groups persist as encumbered realities. This fact is never more apparent than in veterinary medicine, which, with nearly 90% of U.S. veterinarians being white and less than 3% Black, is the least diverse medical profession in the country, according to the U.S. Bureau of Labor Statistics.

One reason for the gaping disparity is selection bias, which the American Association of Veterinary Medical Colleges confirmed in a report on the 2018-2019 application cycle. The first-of-its-kind study supported what many of us collectively referred to as underrepresented in veterinary medicine (URVM) have long realized: The admissions process and criteria used to evaluate student applicants favor the status quo.

The AAVMC report concluded that “Certain groups are directly or indirectly disadvantaged, to some degree, with the current admissions process and systems.” These groups included Black and brown students, women, Pell Grant recipients, first-generation college students and people from rural communities who sought to practice rurally. Other studies have come to the similarly stark conclusion that a certain percentage of the population is repeatedly disadvantaged for no other reason than race, gender or socioeconomic status.

According to the National Center for Education Statistics, many first-generation students are nonwhite and from low-income backgrounds. Furthermore, minority students are overrepresented in the pool of Pell Grant recipients. The application and admissions processes have undertones of classism, racism, capitalism and sexism, and, in this way, act as an echo chamber of American culture and society.

Despite veterinary medicine’s female-dominated composition — 64% in 2020, according to the American Veterinary Medical Association — the AAVMC report concluded that white males were more likely to receive an offer-of-employment letter. This finding introduces an interesting paradox, but not if we point out the gender-wage disparity persisting in veterinary medicine specifically and the United States generally.

American society, by and large, subscribes to an equalitarian view, or the idea that people are born equal and that all members of society have a right to equal opportunities. However, Americans have a “strong automatic race preference for white relative to Black,” according to psychologists Anthony Greenwald and Mahzarin Banaji, co-authors of the bestselling book “Blindspot: Hidden Biases of Good People.” The basis for their statement is information compiled from decades of Implicit Association Test (IAT) data. The IAT uncovers what is consciously inaccessible to us: our implicit thoughts. These thoughts, it turns out, moderately correlate with the likelihood of discriminatory behavior.

Hiring audits offer some of the best examples of selection bias. For example, sociologist Devah Pager compared the likelihood of two comparable groups distinguished only by race (white and Black) receiving callbacks for the same job in Milwaukee. The job required no experience and only a high school education. The study concluded that white applicants were twice as likely as equally qualified Black applicants to be called. To accentuate the point, white applicants whose resumes revealed a criminal record received more callbacks than did comparable Black applicants lacking a criminal record.

My point in highlighting implicit bias is not to exonerate the veterinary school admissions process and its agents as blinded to the impact of their decisions, but rather to point to a dereliction of duty and degree of complicity in not questioning the results. Inaction contributes to the relative advantage of the advantaged.

Saying that all the struggles of Black and brown candidates begin at the admissions level would be wrong. Roadblocks occur at every stage of life, creating bottlenecks and impeding and distracting students. Furthermore, obstacles, some more overt than others, unlatch students from their dreams, forcing them onto paths typecast by society.

In 2008, as a college senior, my roommate and I were assaulted off campus in Dover, Delaware, while heading to our dorm room. My roommate’s injuries were minor, but I suffered a deep cut on my arm and was rushed to the hospital. I was wearing regular athletic wear — sweats and a hoodie. The university logo running longitudinally down my sweats was soaked in blood, covering the words like graffiti.

I remember frantically asking the nurse to please tell the doctor tasked with suturing my wounds that “I am a senior in college, on the honor roll, and I have been accepted into veterinary school.” I said it almost reflexively to escape inattention, malignly or otherwise, because of how cultural images misrepresented me. I was attempting to break any negative association the doctor might have had of my racial group and replace it with another one: a future veterinarian — “one of us.” I wanted at that moment to signal membership in another group, one that would bequeath me all the proper care an in-group member would enjoy.

Helpfulness and in-group favoritism, according to Drs. Banaji and Greenwald, “may be the largest contributing factor to the relative disadvantages experienced by Black Americans and other already disadvantaged groups.”

Veterinary school applicants who fall into the URVM category mention a greater difficulty in obtaining mentors and experience — two nonacademic criteria used in the application process. An admissions system acting proactively and in the best interest of all applicants would create nonacademic and nontechnical competencies that embraced and rewarded diversity. It would develop a population of veterinarians uniquely equipped to handle the ever-growing and diverse pet owners we serve. Criteria such as speaking a second language and having traveled internationally, worked in diverse settings and taken courses on alternative cultures, for example, would equip candidates of all races to interact with different groups thoughtfully and compassionately.

Reading the AAVMC’s report was analogous to rewatching a movie I knew the ending to and in which my favorite character dies. Unfortunately, the reaction to the report’s findings by some people in the veterinary community was not what I had hoped; it was disheartening. The post-study commentary was rife with whataboutisms and post-racial ideology.

A moral imperative is needed to reimagine the systems that advantage some veterinary school applicants to the detriment of others. We must act proactively and intentionally. We must level the playing field. We must jealously protect the dreams of the disadvantaged. We must rework the admissions system to be more inclusive. We must examine admission criteria that maintain the status quo. We must act now before another generation of veterinarians is lost. And we must come up with better ways to prevent dreams from being deferred.

Veterinary college applicants were more likely to receive an admissions offer if they had access to high school advanced placement classes, the AAVMC found in a study of the 2018-2019 application cycle. “Access to AP classes was less likely for first-generation students, Pell Grant recipients and students from rural communities,” the AAVMC stated. Visit bit.ly/3tRCSpI to read the full report.