Written by Today's Veterinary Business in May 2018 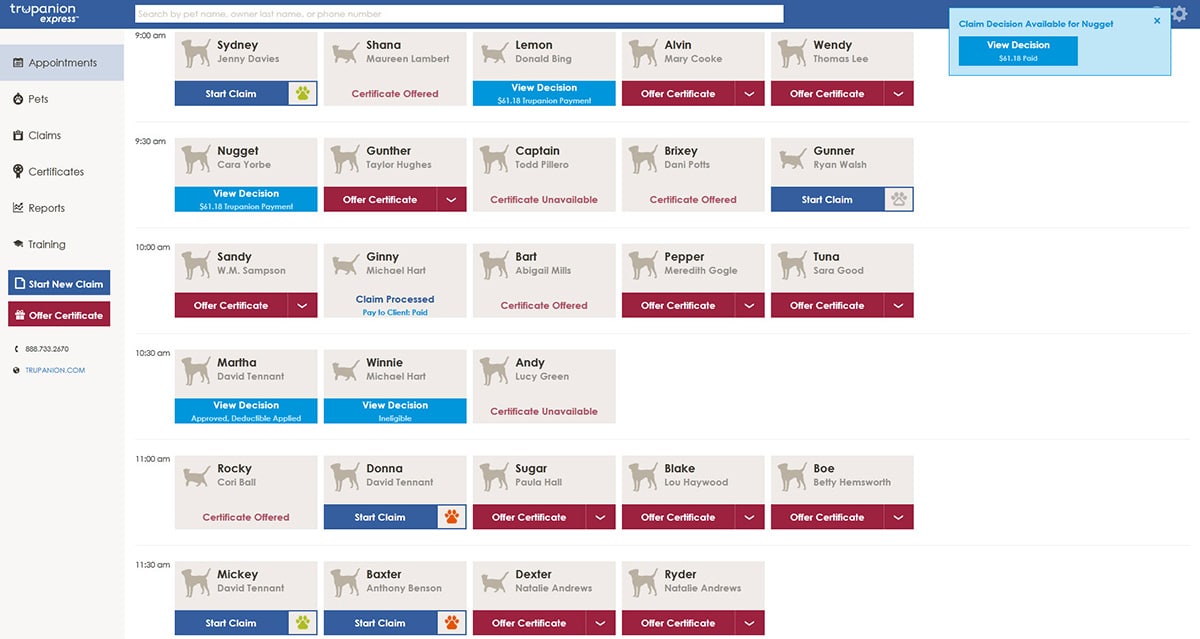 Over 233,000 veterinary invoices have been paid through Trupanion Express.

Pet health insurer Trupanion reported May 29 that the company received a utility patent for a software system that reimburses veterinary service providers within minutes.

The software system is used in Trupanion Express, which works without claim forms. The industry’s traditional reimbursement model, according to Trupanion, sees pet owners paying out of pocket at the time of checkout, completing paperwork, and waiting for confirmation and reimbursement.

The patent was awarded by the U.S. Patent and Trademark Office.

“We want to be recognized as setting the industry standard in customer experience, and the approval of this patent helps solidify our positioning,” said Darryl Rawlings, Trupanion’s CEO and founder.

The Seattle company noted that thousands of U.S. veterinary hospitals are equipped with Trupanion Express, which was launched in 2012.