Take care when choosing a credit card processor or switching to another one. Fees, rates and contracts vary by company.

Keith Loria is an award-winning journalist who has written for major publications on topics as diverse as veterinary medicine, travel and entertainment. He started his career with The Associated Press and has held editorial positions at publications aimed at health care, sports and technology. 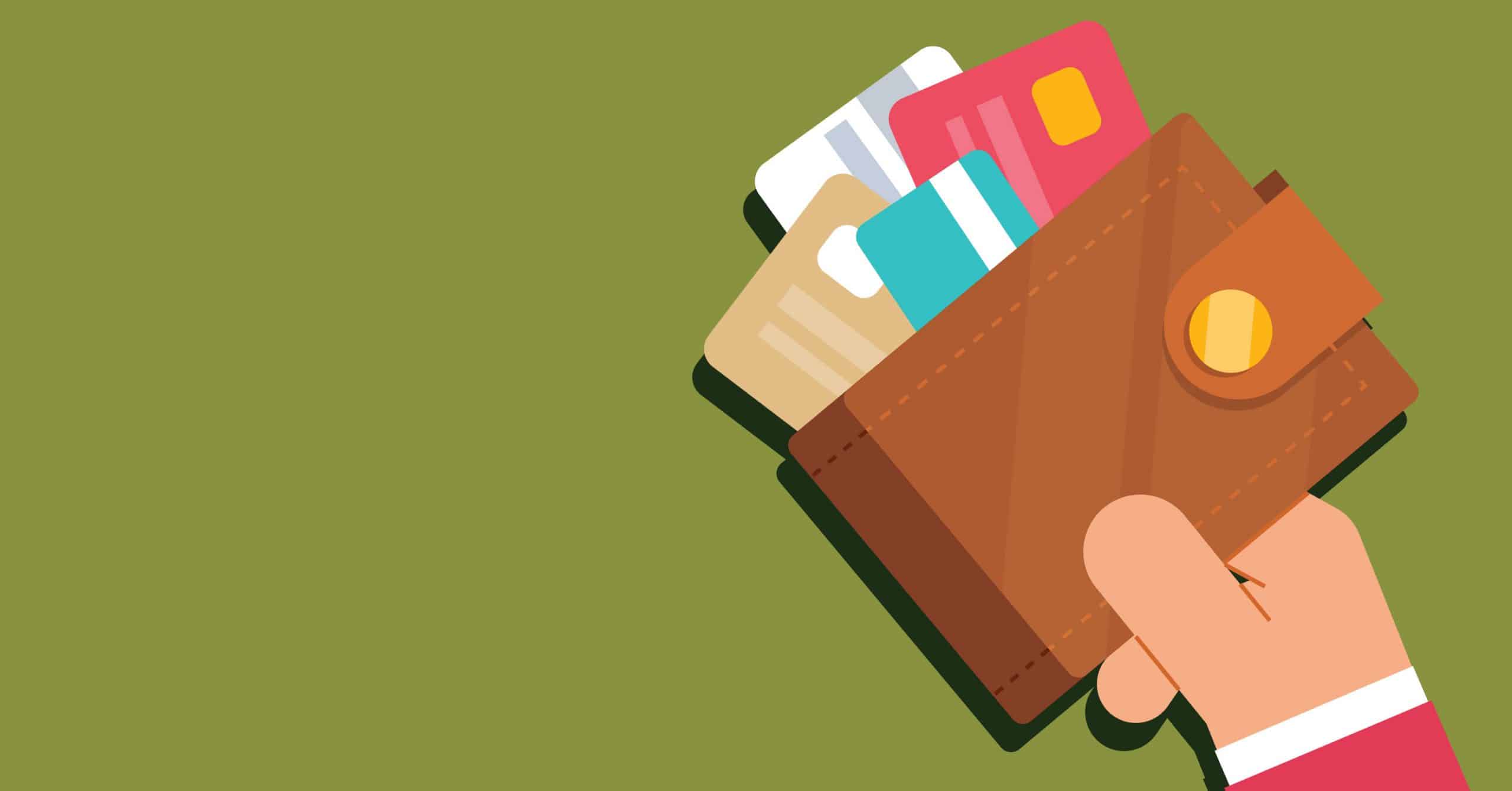 Services offered by credit card processing companies are not all the same, so practice owners who begin searching should have a keen grasp on their hospital’s priorities.

Just about all veterinary practices, regardless of size, accept credit cards in the tech-centric 21st century, and most take debit cards. But point-of-sale systems are not simple to set up.

You see, credit and debit card transactions are not just a relationship between a business and a bank. A processor is needed to act as the middleman, and these go-betweens quote different fees and offerings.

Ellen Cunningham, marketing manager at CardFellow, a Connecticut company that assists businesses in choosing the right processor, said veterinarians should familiarize themselves with the terms of the processing agreement when they are ready to choose a processor or switch to a new one.

“They should be sure to get all quotes in writing and review the application to ensure it matches the quote,” Cunningham said. “If something looks off, or the practice doesn’t understand a listed fee, ask. If the processor can’t or won’t satisfactorily answer questions, consider other processors.”

She warned that a contract will supersede what a salesperson says, so if a promise isn’t in the contract, it’s as if the promise didn’t happen.

She also recommended reviewing the Better Business Bureau rating of any processor under consideration.

“A practice should look for someone willing to learn about your business and provide you with an apples-to-apples cost analysis based on the exact types of cards you accept,” Redd said. “See if they will give you a rate over the phone. If they do, they probably are not a good fit because they have not examined the method in which you accept cards, what type of card you accept and your average transaction amount.”

What to Look for

Services offered by processing companies are not all the same, so practice owners who begin searching should have a keen grasp on their hospital’s priorities. For instance, if the goal is to lower costs, a practice should focus on securing a transparent solution that avoids tiered pricing involving qualified and non-qualified rates.

“Instead, they should look for competitive interchange plus pricing with a lifetime rate lock and no cancellation fees,” Cunningham said. “That will help prevent rate creep over time, and if the practice becomes unhappy with the processor for any reason, they’re able to leave without monetary penalties.”

Free online comparison tools such as one offered by CardFellow allow businesses to see real-time pricing from multiple processors.

Standard merchant service contracts run for three years. A business owner who doesn’t cancel within the parameters specified in the contract typically will see an automatic renewal for another 12 months. Penalties for early termination vary as well.

“Some processors charge a flat fee, commonly between $295 and $495, while others charge liquidated damages, meaning the fee will be calculated on the loss of income for the processor due to canceling early,” Cunningham said. “Other companies don’t charge a cancellation fee at all. If the contract includes a termination fee, it will include information on [how to] avoid that fee.”

In these cases, if a practice switches before the contract is up, the fee will apply. If the switch happens at the conclusion of a properly canceled contract, fees will not apply.

Andreas P. Pahl, CVPM, part of the veterinary practice team with Burzenski & Co., a Connecticut financial consultancy, said clinics sometimes terminate a contract so that they can save money by switching to a different provider.

“The savings has to be greater than the early termination fee and potentially the cost of acquiring new hardware or reprogramming the existing hardware and credit card processing hardware,” Pahl said.

When switching from one processor to another, it’s always a smart idea to keep the current account open until the new one is up and running. Doing this will make for a seamless transition and avoid the chance of the practice being unable to accept cards for a short period.

All Practices Are Different

Just because a processor is a good fit for one practice doesn’t mean it’s the right one for another. Cunningham explained that if Practice A typically bills clients, the business will need the ability to accept credit cards over the phone or charge cards on file. Practice B, on the other hand, might swipe customers’ cards at the end of the appointment.

“Different methods of accepting cards have different rates and fees, and will also require different equipment,” she said. “For example, Practice A would need a secure, online card storage vault to keep cards on file while Practice B would want a countertop credit card machine that takes the new chip cards for maximum security. The vault feature is irrelevant for Practice B.”

Practices also need to consider their pricing model and monthly volume. Cunningham said some practices are drawn to the simplicity of flat-rate pricing, but it’s often more expensive than other solutions. However, for small practices — those doing $3,000 or less a month in card charges — a flat-rate option would usually be the least expensive.

Keith Webb, DVM, the owner of Pet Doctor in Rockwall, Texas, accepts all types of credit cards. He chose his current processor because it integrated with his practice management software.

“There were only two companies that were capable of this. I had one of them originally, but they were absorbed by a larger company that did not offer good customer service,” Dr. Webb said. “The biggest issue with credit cards nowadays is not having enough terminals. We have six credit card terminals, which helps a concurrent discharge of surgery patients and outpatients flow more efficiently.”

Carol Osborne, DVM, the owner of Chagrin Falls Veterinary Center and Pet Clinic in Chagrin Falls, Ohio, uses Square, having chosen the processor because she’s not charged a per-transaction fee on swiped credit cards. She pays a flat 2.75 percent on all swiped transactions.

“I used others in the past that had monthly fees and more fees, and once I looked into this, it became a much better solution for me,” she said. “It’s reliable and economical, and it might not be for everyone, but it’s a system that works for us.”

Some small practices don’t accept credit cards for small charges, especially with one-size-fits-all processors, as the transaction fee might be too high relative to the sale amount.

“Every card has a different fee attached,” Pahl said. “American Express will be higher, but some of the new Visa Infinite cards, those that have the large-sized benefits such as a Chase Reserve with a large membership fee, will also have a higher fee.

Additionally, according to Redd, practices should accept debit cards. All things being equal, he said, a business that offers the most flexible payment options to customers has a better chance of success.

“Debit cards fees vary as well,” Redd said. “It can depend greatly on the method in which the payment is accepted, the type of card being accepted, and the average transaction amount.”

Dr. Webb noted that Pet Doctor accepts debit cards. The transaction fees are typically less expensive than if the client used a credit card, he said.

The Rise of Technology

Many practices employ the latest in transaction machine technology, offering wireless tablets so that a transaction can be completed in an exam room rather than at the front desk. Payments can be made wherever the client is sitting.

“If it was a euthanasia that occurred in the comfort room, we can check them out in the euthanasia room, so they don’t have to come back to the front,” Dr. Webb said. “Perhaps they’re emotional, crying, and they don’t want to be seen.”

Other tech innovations that have helped make things easier are:

Generally, such equipment is inexpensive to introduce into a practice because most credit card processors, especially through banks, want to lease the equipment to a practice.

“That means no upfront cost, but you will pay for the equipment several times over during the life span,” Pahl said. “You get guarantees, you get warrantees, and it isn’t expensive.”