Preventing embezzlement, or at least lowering the risk, starts with the practice owner and entails strict adherence to policies and procedures. 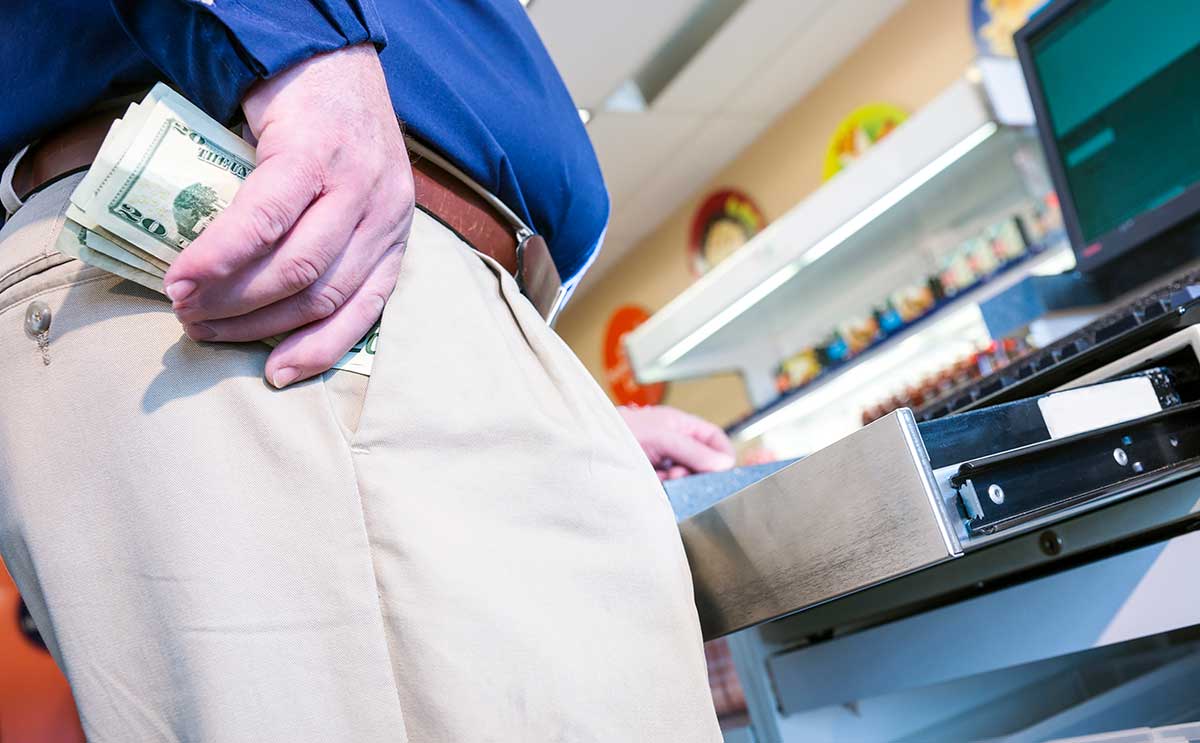 The latest statistics indicate that 1 in 10 veterinary hospitals loses at least $10,000 to embezzlement in a given year. Have you taken precautions so you don’t become a victim, too?

Whenever I or one of my firm’s consultants assist a veterinary hospital, we perform a minor audit of the practice’s end-of-day procedures to look for signs of impropriety.

I recently consulted with an equine practice. Big concerns surfaced because the practice was not reconciling its cash to the end-of-day reports. In fact, the practice was not accounting for the cash at all. The owner had no idea what was going on and thought the accountant was overseeing the internal controls. When I spoke to the accountant, he was unaware that the controls were his responsibility.

The practice is under a full-blown audit now, and I have no doubt the owner is going to find that a substantial amount of money has been embezzled.

Just like everything else in life, we always feel that this type of thing will never happen to us, but unfortunately it does. Let’s review basic things that need to happen in your practice to hopefully prevent embezzlement.

The following steps should be standard in every hospital. I suggest they be done at the actual end of the day, not in the morning or afternoon but instead after the last transaction. At 24-hour practices, choose a specific time of the evening.

The first step is to print the deposit report from your practice management software. This is the report that will give you the total amount of cash, checks, credit card charges and any other payments you received that day.

The second step is to do a cash drawer justification. Your drawer should have an established base amount — let’s say $100. At day’s end, your receptionist should count out $100 and leave it in the drawer. The person then should take the remaining cash and checks and total them. This cash justification needs to be done to the penny, and the $100 base should not fluctuate.

The cash and checks taken out of the drawer should match the deposit report. If anything is off, the receptionist will have to find out why and hopefully fix the discrepancy. If the receptionist cannot determine the reason, the deposit will be made as either an overage or shortage.

Once everything is compiled, a bank deposit needs to be made. The deposit will consist of the cash and checks. The bank receipt will be attached to the deposit report along with the credit card transaction journal. This package of information is then placed on the owner’s desk. The practice owner is responsible for verifying that all the numbers are correct. Once done, the owner will initial the report and file it.

This final step should not be delegated to the practice manager or anyone else. The more employees involved in the process, the better. The person doing the end-of-day count should not be the same person who makes the bank deposit or records the information in your accounting system.

Other Checks and Balances

In addition to the end-of-day procedures, several reports need to be printed and reviewed by the practice manager and owner. Different software programs have different names for these reports, but one of the most important is called the itemized audit trail or transaction report.

This report will break down all transactions that occurred in the computer, both positive and negative, throughout the day. The report will show any refunds, adjustments or credits as well as payments made.

Let me give an example of why this is so important. Let’s say a receptionist named Susan is embezzling from you. This morning, an examination, distemper vaccination, rabies shot, and fecal and heartworm checks were done on a client’s pet. The bill totaled $190, and the client paid with cash. Even though Susan did not process the transaction, she was watching what occurred.

Later in the day, Susan went into the client’s record and did what is called a negative transaction. She created another invoice but entered negative 1 for the quantity of each service. The total invoice came to minus $190. Susan then took $190 out of the cash drawer, put the money in her pocket and shredded the receipt.

Everything seemed fine in the end-of-day and deposit reports, but Susan had stolen $190.

Sometimes, the knowledge that someone is examining the reports will prevent embezzlement.

The other document a manager and practice owner must review is the fee exception report. This report will tell you if anyone charges less than the stated fee in the computer. You can prevent this by not allowing fee changes in your software program.

So, let’s say you have a hospitalization service code and your fee is $75. If someone enters $50 for the service, the fee exception report will show the $25 variance. The manager or practice owner can then investigate.

The best practice is to set up the practice management software so that no one other than the owner is able to alter a fee. Determining a practice’s fee schedule is the prerogative of ownership.

In my opinion, an associate veterinarian or, for that matter, anyone else in the practice other than the owner does not have the right to alter the fee schedule. If an associate doctor is supposed to charge $100 for a service but she decides to charge $50 instead, and if the owner did not give permission, I believe that the associate just “stole” $50 from the veterinary practice.

An associate veterinarian has no right to vary from the fee schedule unless the practice owner gives permission. This policy should be stated in the employment contract and a violation can be cause for termination.

Many embezzlements occur because a practice has not implemented appropriate internal controls. In failing to do so, these practices are almost asking for embezzlement to happen.

Hospital owners, you cannot put the responsibility on your practice manager, accountant or anyone else. You are responsible for getting involved in the process, reviewing the end-of-day reports and keeping a vigilant eye for signs of impropriety.

Hopefully you will not be the 1 in 10 that is victimized.