Infected black-legged ticks were killed before they could transmit the bacterium. 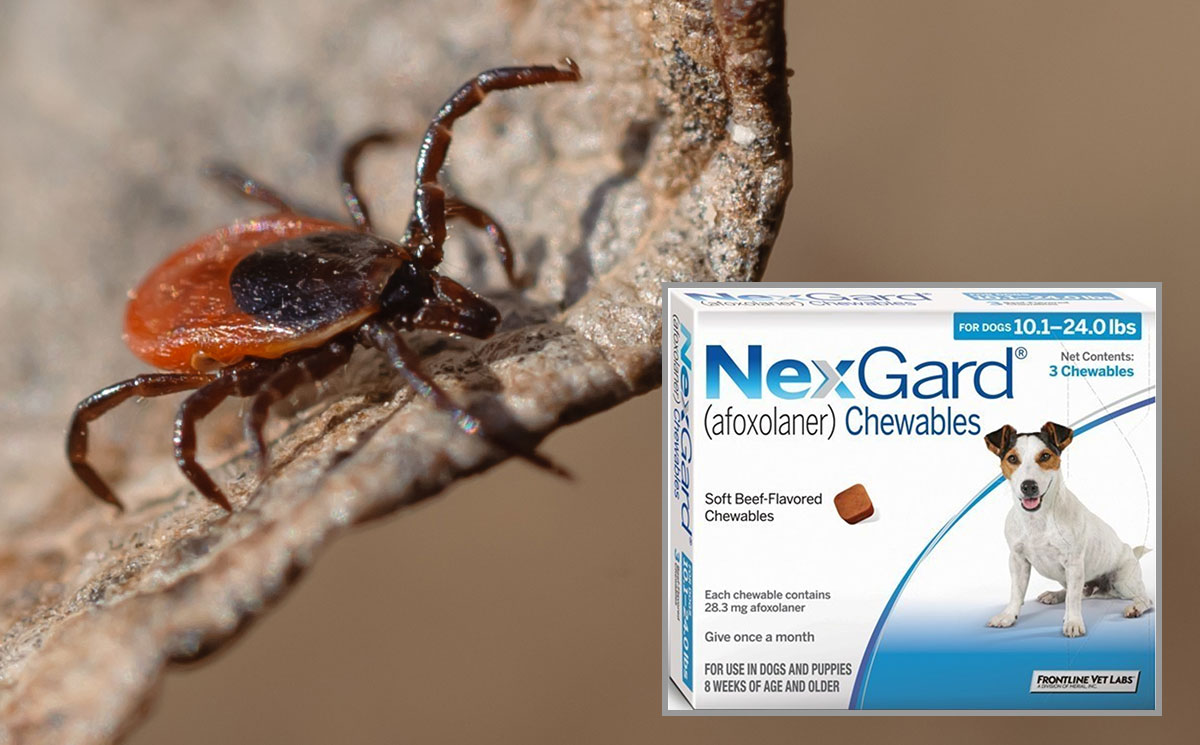 NexGard is a chewable tablet indicated for use in dogs 8 weeks of age or older and weighing at least 4 pounds. At left, a black-legged tick.

Merial, which merged with Boehringer Ingelheim in 2017, reported Aug. 21 that the U.S. Food and Drug Administration accepted the company’s findings from two laboratory studies.

“This research shows that NexGard provides a full month of protection against black-legged ticks infected with the bacterium that causes Lyme disease.”

The manufacturer stated that NexGard is the first and only flea and tick product to receive FDA approval for preventing infections that cause Lyme disease by killing the vector ticks.

An estimated 5 to 10 percent of dogs exposed to Borrelia burgdorferi develop Lyme disease, according to the FDA.