My journey to practice ownership

What I learned about running a veterinary hospital and what my former colleagues in industry should consider. 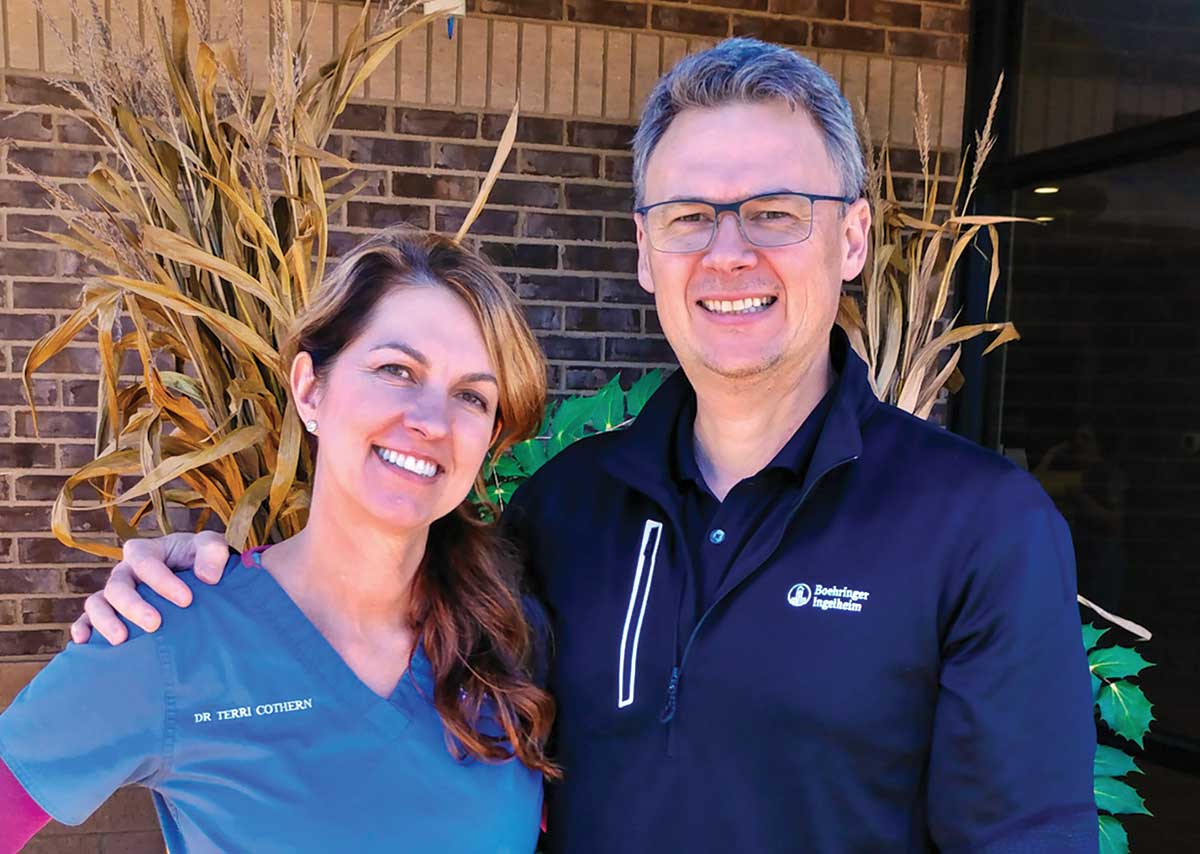 Drs. Terri and Whit Cothern and a third veterinarian are partners in a Tennessee veterinary hospital.

I can’t say I always wanted to be a veterinarian, but I grew up on a farm in rural middle Tennessee and have been surrounded by animals all my life. Becoming a mixed-animal practitioner was my goal throughout veterinary school, and I accomplished it with my very first job.

Quite early in my career, however, I started wondering when the James Herriot moments would begin. I found I’d rather pull numbers off a P&L statement than pull another calf.

In the year 2000 B.C. (before children), my wife, Terri, also a veterinarian, and I took off for South Florida to pursue a different path. I would become medical director at a VCA small animal clinic and she would soon become one at a nearby sister hospital.

By 2003 we had our first child and I started looking for a job in industry. Several sales reps had suggested that my interest in the business side of veterinary medicine and my gift of gab made an industry position a worthwhile consideration.

Late 2004 found us relocating to northern Illinois as I started my industry career with Scil Animal Care Co. Over the next two years I had the opportunity to not only handle the technical aspects of laboratory diagnostic equipment but also build and manage a nationwide sales team.

Those of you raised in a northern climate tend to embrace winter with a love of activities like hockey and ice fishing and an almost gallows sense of humor. For those of us raised in the South, anything more than a dusting of snow means all commerce should cease, and we certainly know better than to venture onto a frozen pond.

With two children under age 3, the nearest family 500 miles away and a lingering reluctance to go outside from November until April, Terri and I decided that a move back south would be best.

Still in Illinois, I joined Novartis Animal Health in fall 2006 as a professional services veterinarian supporting the Chicago sales district. I accepted the role knowing that a company of Novartis’ size would provide other opportunities across the United States.

And then it happened. Barely a year later, a position became available. In April 2008 we relocated to northern Georgia, where I became district sales manager for the Atlanta district. I worked with 10 sales reps across four states and was able to visit some of the best veterinary practices in the nation and learn from them.

I was approached in early 2012 about my interest in a marketing position and my willingness to relocate to the Novartis home office in Greensboro, North Carolina. Admittedly, the thought of moving my family again wasn’t thrilling, but we heard that relocating to the home office typically ended up being the last stop needed for career purposes. So, in July 2012 we made our fourth move and I entered the world of marketing as the Ethicon Sutures brand manager.

Less than two years after what we had hoped would be our last relocation, we learned that Novartis Animal Health was being sold. I was faced with a decision: Wait around to see if the buyer, Elanco Animal Health, would hire me (and eventually require relocation to its Indiana offices), or look for other options. Terri and I elected to take control of the situation, so I accepted a role with Merial Ltd. as a field services veterinarian back in Tennessee.

As I settled in to my new role, Terri started work at Orchard Park Animal Hospital, a clinic owned by two of my University of Tennessee classmates and one of hers. She enjoyed working there, probably the most fun since her time at Dalton Animal Care in Georgia. She shared that the staff was excellent and that the clients were friendly and willing to provide the best care for their pets.

Shortly thereafter, two of the owners expressed interest in working less and perhaps selling part of the practice. We were intrigued but knew this would require Terri to work more. With two kids now needing transportation to a variety of activities and my Merial travel, the change would be almost impossible.

Starting yet again at another company was of no interest to me, and going back into practice after so many years away would require just that: practice. By this time, the owners of Orchard Park showed even more interest in selling.

Over the years, I had created a list of best practices from the hospitals I’d encountered throughout my career. I had watched, listened and learned from key opinion leaders, successful practice owners and consultants.

Terri and I ran the numbers over and over and decided to buy a piece of the practice. What I figured might take a couple of months ended up taking closer to seven as we trudged through the appraisal process, negotiated the letter of intent and saw our lawyers nitpick over minutiae. Finally, about a year ago — Dec. 29, 2017 — it became official. Terri and I and a former classmate, Dr. Brett Houlberg, each owned one-third of Orchard Park Animal Hospital.

Despite my having a playbook on what makes a practice successful and having years of managerial experience and a clinic full of talented, tenured staff members, the first several weeks felt like trying to drink water from a fire hose. What follows are a few of my admittedly early observations and insights for aspiring practice owners, plus feedback for my former colleagues still in industry.

Yes, you technically can be the owner, practitioner, office manager, inventory manager and bookkeeper and still read all the fecal flotations, but what are you neglecting? Is it your family, your health, your practice or your patients?

My advice is to pick just one or two roles and let them be your focus. You cannot do everything. Hire a practice manager. Delegate inventory management. Train your staff to read fecals. This doesn’t mean you shouldn’t maintain regular oversight, especially over the finances. To quote consultant and Today’s Veterinary Business editorial adviser Fritz Woods: “There are two types of veterinary practices: those that have been stolen from and those that know they’ve been stolen from.”

Every manufacturer or distributor will tell you why its product is the most profitable, provides the best value and offers the highest compliance rate. But the key is to pick a product and make it your clinic’s primary recommendation. I’ve seen the data at Novartis and Merial, and I’ve seen the clinics that do and the ones that don’t. I’m telling you it doesn’t matter which product you choose. Align your doctors and staff around a primary recommendation and watch compliance increase while your inventory costs diminish.

If you work for a manufacturer or distributor, your company’s new-clinic account application is only five pages long, but it’s one of at least 20 others I’m racing to complete. It’s 2018, so why am I still printing forms that need to be filled out by hand and faxed back? Did you even receive the fax? Why wasn’t I informed you still need a tax resale certificate? And why does your company need one that’s different from what other companies request? I found that rolling over my 401(k) to an IRA is much easier than trying to establish an account with some companies.

I appreciate a manufacturer’s promotions and sales incentives for new practices. But categories, levels, terms, restrictions and different due dates create confusion and even suspicion.  Whether you’re the clinic’s buyer or a sales rep trying to sell to the clinic, everyone would much prefer a simpler process. Why should spending money with your company be so difficult?

As noted above, getting my foot in the industry door was a frustrating process. (It can still be that way.) Yes, a company makes a big investment when it hires a veterinarian, and there should be proper vetting. But the Catch-22 of not being able to get a job in industry because industry wants only candidates with industry experience eliminates many from the talent pool. In hindsight, I am so glad Scil took a chance on me. To those of you who want to get into industry, I say don’t be shy to take a chance on a small company. I still chuckle at the three major pharmaceutical companies that, because I lacked industry experience, passed on me initially, including one for which I eventually worked. It shouldn’t be so hard for good candidates to make the leap from practice.

6. The Tiniest Grain of Sand Can Create the Largest Ripples

I know change is hard, but I had to reset my expectations. What I thought was minor was in fact ground-shaking. Hell hath no fury like choosing the wrong scrubs for your clinic staff. If you change protocols or products, then take the time to thoroughly explain why the change is important and how it benefits pets and the practice.

7. Why Is This Taking So Long?

Be prepared for everything you’re planning — from the practice purchase to ordering pens — to take longer than you anticipated. Getting what you need shouldn’t take so many emails, phone calls, times on hold and voice mails, but it does. Excellent customer service has become the exception and not the rule. That’s why I tell my team that only a little more effort is needed to provide an uncommon performance for our clients.

8. Focus on the Move Out, Not the Move In

Of course, your sales reps would love to load your shelves with their goods. It’s called shelving pressure, and it does just that: It creates pressure on you, the buyer, because so much product sits on the shelf. Work with companies and reps that can assist in moving product out of your clinic. The great deal that moves product in is less important.

Not every sales rep will be a rock star, but most are career professionals who know that the key to their success is making sure their customers are successful. I give all sales reps, at the very least, an initial opportunity to meet and discuss their wares. The good ones respect your time because they, too, are on a tight schedule. Don’t be shy to tell them what you think and what you need. They’d rather you say “no” once than “maybe” at every visit. Most have a Teflon coating, so you won’t break them by saying no.

My story of achieving practice ownership is a long and winding tale. It started with an option to buy into my first place of employment almost 20 years ago, but ownership didn’t come to fruition until recently.

My path is filled with twists and turns that went through several states, companies and job titles. It resulted in five relocations, plus untold sacrifice and support from my family.

I wish I could acknowledge all the bosses, managers, colleagues, neighbors and friends who contributed to my journey, but there’s not enough space here to list everyone.

Here’s to all of them and to the next chapter of my story. 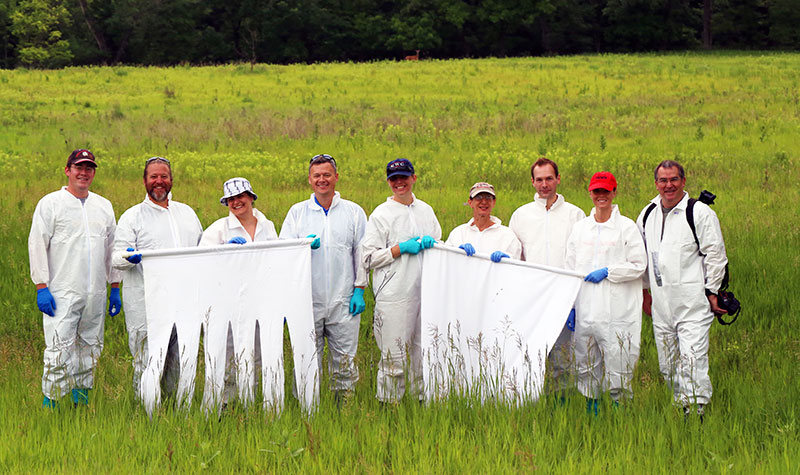 Improve Your Feel for Fees