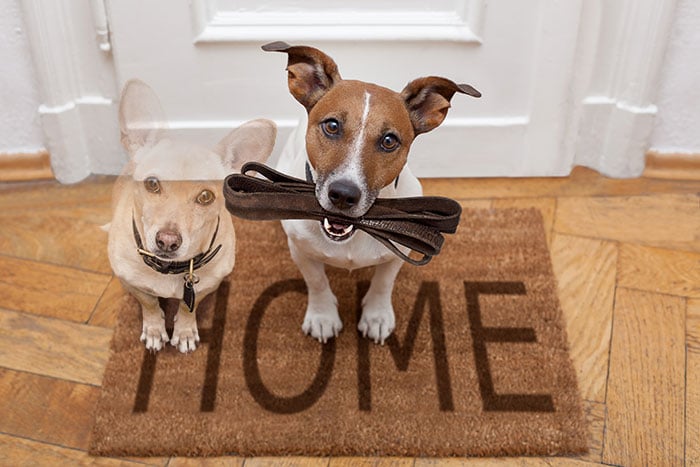 It is an extraordinary day when The Washington Post places a story about pets, in this case the shortage of dogs, on its front page. Well, it happened a year ago with the headline “Does America Have Enough Dogs for All the People Who Want One?”

I can already hear readers guffawing: “No way The Washington Post covers that story. I thought shelters had enough dogs for every American family, and then some.”

What got The Washington Post so interested? Data. Not commercials or social media. Just data pointing to a troubling state of affairs for Americans who value the human-animal bond and the goal of making pet ownership possible for any family.

Shelters do a great job, and euthanasia rates are dropping at a brisk pace. But shelters cannot come close to meeting annual demand for healthy dogs, and we need to do something about it.

Here’s the data, step by step:

Of course, as the U.S. population grows, per Census Bureau Population Projections, then annual demand also grows. Assuming the percentage of dog-owning households remains static at 44 percent, the annual need will be 9,288,316 by 2025 and 10,360,047 in 2050.

So, how much of the current and future supply can shelters meet? Since no organization knew the annual number of adoptable dogs in shelters, the question was a major challenge. The Pet Leadership Council stepped up to provide a grant to the Mississippi State University College of Veterinary Medicine and the MSU Center for Social Science Research to do what had never been done: Conduct a national survey of shelters. This was complex, to say the least, but MSU succeeded and produced the following data relied upon by The Washington Post:

These numbers demonstrate how much progress has been made in reducing annual euthanasia rates from over 12 million to fewer than 800,000. But they also highlight that shelters may be expected to provide only 2.6 million of the annual 8.1 million dogs needed to meet U.S. demand.

The challenge for animal welfare advocates, veterinarians and the pet health care industry is how to safely and consistently fill the gap of 5.5 million dogs, which will only widen as the U.S. population grows. That is a policy decision facing pet health leadership. Actions are being taken that require broader support and engagement, but other choices must be examined as well.

The Pet Leadership Council funded a landmark study by the Purdue University College of Veterinary Medicine with the aim of developing a science-based, medically sound set of humane standards to guide the breeding of dogs. This project is near completion and will enable us to bring all parties together on how breeders should conduct their business, much like other sectors that have faced competing issues about best practices. Hopefully this will end political debate, banish puppy mill practitioners to the sidelines and partially meet Americans’ demand for healthy, humanely bred pets. This encompasses hobby breeders — a key source of dogs each year — and larger-scale breeders.

The remaining challenge is the thornier question of foreign imports. Just as we lacked reliable numbers of annual shelter adoptions, be assured that we have no reliable numbers about the number of dogs entering the United States. U.S. Customs records suggest that 20,000-plus dogs officially come through the door each year, but no one believes this is close to the total number when one takes into account dogs that enter through less-than-official means. One U.S. Customs study suggests an illegal number of at least 280,000 annually, and many observers put the number much higher.

I have talked with Asian experts who believe that this highly profitable trade generates more than 1 million dogs annually from China, Korea, the Philippines and other Asian countries. Latin American, Middle Eastern and Eastern European interests ship dogs into the United States as well.

The goal isn’t to shut down imports, simply because we have no chance to meet American demand otherwise. What we need to do is step up engagement, research, dialogue and best-practices education with key countries, possibly through veterinary, pet pharmaceutical and pet nutrition channels, and raise the bar to ensure that the United States receives healthy and humanely bred dogs. (Check out the Canine Care Certified program at www.caninecarecertified.org.)

This is a long, complicated process, to be sure, but the end result is worth it. My hope is that 2018 is the year in which interested parties across the pet spectrum sit down, share data and map out next steps to ensure that every American family that wants a dog finds one.

Government partners will be critical to success, but the path starts with industry and animal welfare organizations working out the best approach to foreign parties, combining the stick of tougher enforcement with the carrot of a lucrative commercial opportunity done right. What we know about the human-animal bond requires no less.