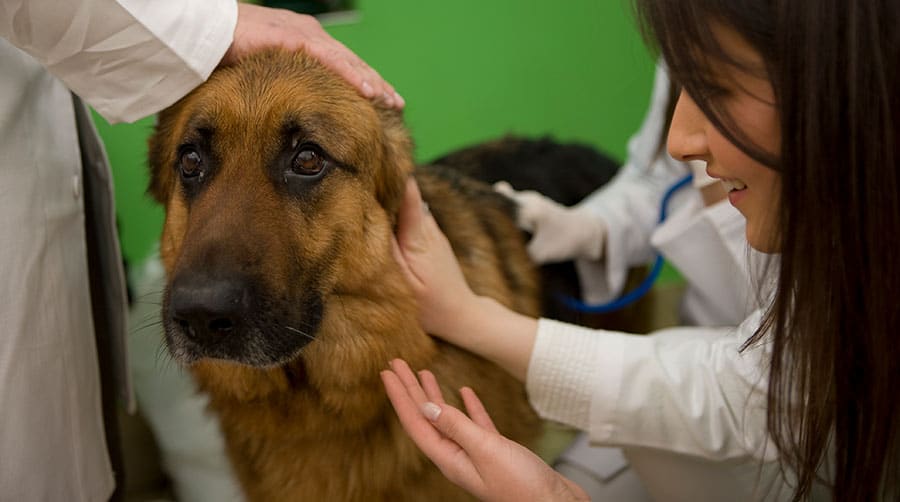 Does a veterinarian have a legal duty, with her license on the line, to report suspected abuse to legal authorities?

The virtue or vice of a federalist system of government — where the states retain powers to legislate — is the wide disparity in how laws affect the same category of persons or businesses. Nowhere is this truer than with each state’s approach to a veterinarian’s duties to report animal abuse by a client.

Veterinary professionals are committed to the health and well-being of pets, so the issue seems simple on its face: If you suspect animal abuse, you do the right thing and report it. Unfortunately, doing the right thing can carry tremendous risks. Because the patchwork of reporting laws affects practitioners’ legal liability (i.e. monetary risk), it is critical that veterinarians and business partners understand what they are up against in each state.

Let’s try to make sense of all this in plain English. If you disagree, then follow Shakespeare’s advice and blame the lawyers (or at least this author).

I’ll list the states from most lax or easiest to most stringent or difficult in how they treat a veterinarian under these circumstances. Then we’ll look down the road to see where these issues are heading, with an eye toward the United Kingdom’s veterinary laws.

Easiest or Most Lax

The 12 states highlighted in the map below have (a) no mandatory duty to report and (b) if a veterinarian happens to report, then she is immune from liability.

You’ll notice no geographic or ideological pattern here. We range from the deepest red to the deepest blue states, large and tiny. In these states, a veterinarian never has to worry about reporting, and if she does mention something to the authorities, then the client cannot sue her. (The only duty to report in Wisconsin is upon evidence of an animal fight.) 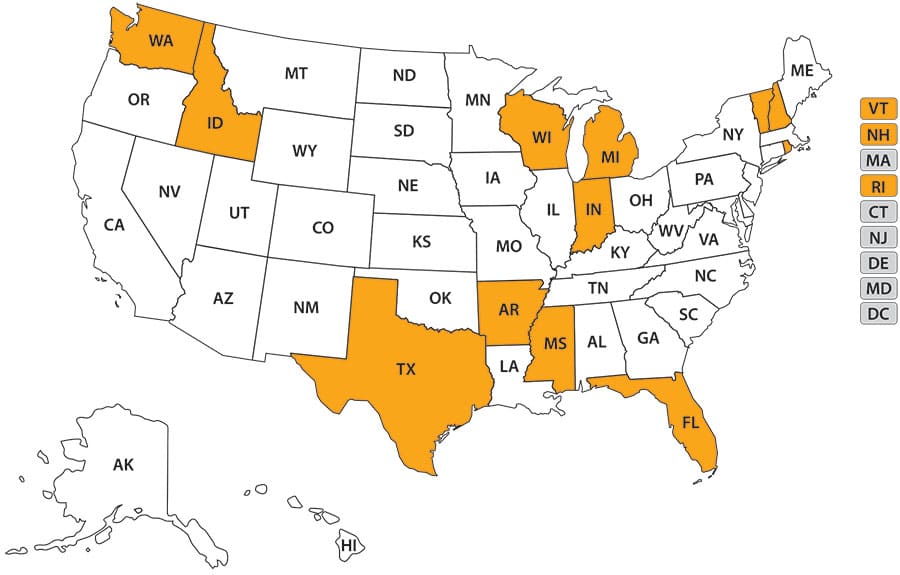 Easiest or most lax: 12 states

Again, you’ll see no geographic links or partisan patterns, but what should be clear here is that the best practice in most circumstances — put aside the moral issue — is for a veterinarian to say nothing. Veterinarians and the public may cringe at this, but that’s the law and it has clear implication for practitioners. If you don’t like it, take it to the legislature or ask your VMA to do so. 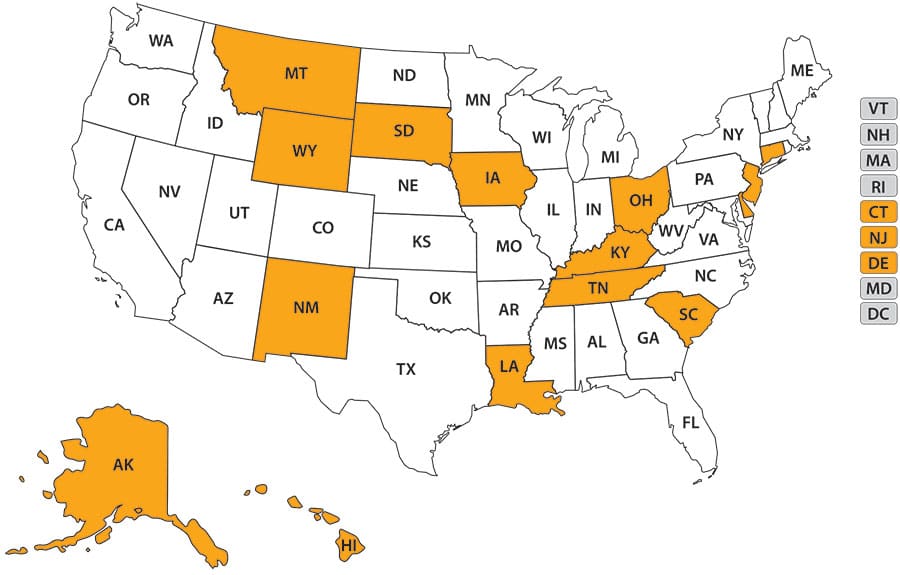 Five states — Georgia, New York, North Carolina, Utah and Virginia — have (a) voluntary encouragement to report and (b) immunity if she does report.

You may ask what’s the difference between this group and the easiest category up top? At least in these five states the legislature officially recognizes a voluntary responsibility or the possibility of reporting. This language hints at a legal duty, although voluntary should mean voluntary.

Nevada and Missouri have (a) voluntary encouragement to report but (b) no immunity.

The legislature giveth, and it taketh away. There is voluntary encouragement but no protection from legal liability. A pet owner unhappy with your voluntary report can sue for breach of confidentiality, gross negligence, breach of contract, negligence and more. The safest route here is to do nothing despite your moral concerns.

Pennsylvania has (a) mandatory duty to report only if observed in the conduct of another veterinarian and (b) no immunity.

In the Keystone State, you have an absolute duty, under the threat of discipline, to report a fellow veterinarian whom you observe mistreating an animal, but the statute provides no immunity if the veterinarian comes after you. Otherwise, Pennsylvania does not mandate reporting of abuse by a pet owner. Voluntary reporting is permitted, of course, but no immunity is extended to the veterinarian.

You are on the hook if you observe the abuse and it rises above neglect to “aggravated” or “grossly inhumane” cruelty (whatever that means).

The nine states highlighted in the map below have (a) mandatory duty to report if a veterinarian reasonably suspects some level of cruelty, neglect or abuse and (b) immunity.

This group of states considerably raises the bar and mandates reporting if the veterinarian has a reason to suspect that a pet is being abused or mistreated, even just negligently. In other words, a legal obligation is triggered based upon what the veterinarian observes. Still, these states provide legal immunity under the circumstances. 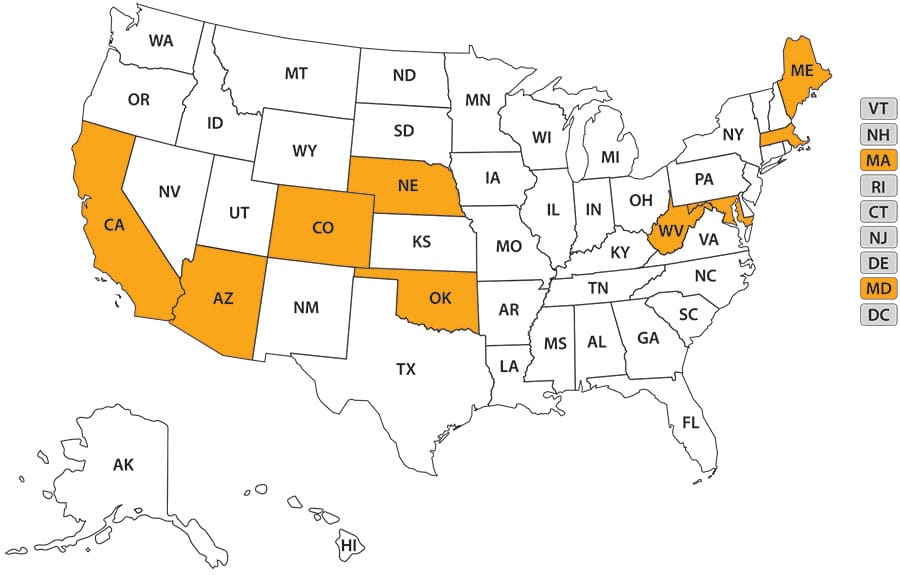 Kansas and Minnesota have (a) mandatory duty to report based upon the veterinarian’s reasonable suspicion of abuse, cruelty or neglect, but (b) no immunity.

There you have it: an absolute duty to report if the veterinarian suspects a problem but no statutory legal protection from a pet owner lawsuit.

Where Do We Go From Here?

With American’s appreciation of companion animals, fueled in part by greater awareness of the powerful human-animal bond, we may expect more states to up the ante for veterinarians and demand mandatory reporting of animal abuse or neglect. If this occurs, it’s only fair for the veterinary profession to demand legal immunity under the circumstances. The public will not have a problem with this as there are many precedents with other professions and whistleblower laws.

Don’t tell a professional when her license is on the line that she has a legal duty to report client behavior to the authorities but then expose her to client lawsuits. Only 28 states offer immunity, so there is no excuse for the other 22 states not to recognize the inherent fairness and strong public policy argument for granting immunity as well. This cause must be taken up by organized veterinary medicine.

A new layer of moral responsibility is gathering steam on the other side of the Atlantic, and it bears watching. British and U.S. researchers have observed for decades a link between childhood abuse of animals and later incidents of domestic abuse toward women and children.

The United Kingdom has implemented regulations providing a voluntary duty to report domestic abuse if a veterinarian has a reasonable suspicion or observation of animal abuse and knows that a woman or child resides in the suspected abuser’s household. Immunity is provided to the veterinarian under such circumstances. This regulation takes the research seriously and says the link is so strong between animal and domestic abuse that a veterinarian can (but doesn’t have to) act in such cases.

It will be a long time, if ever, before the U.K. makes this mandatory or before American states make it voluntary or mandatory. But be sure that victim advocates will continue to pressure professionals to call out abusers so that authorities might take action. The veterinary profession in many states will face a difficult choice on how to respond.

Politics & Policy columnist Mark Cushing, founding partner of the Animal Policy Group, is a political strategist, lobbyist and former litigator. He serves on the Today’s Veterinary Business editorial advisory board.