We take on needless suffering if we take personally anything another person says or does. 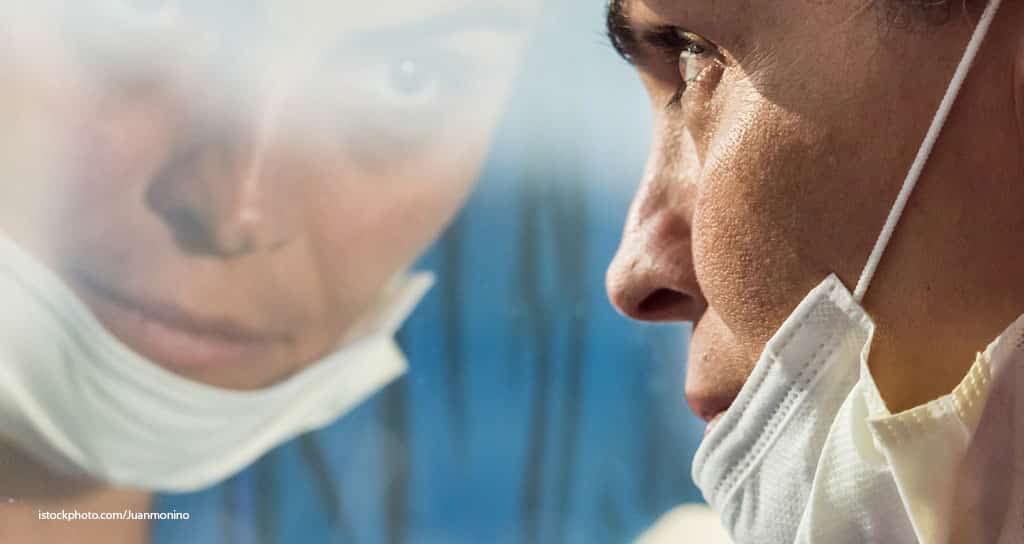 Once unwanted feelings get a chance to flow, other (more desirable) flow experiences become possible.

Our column has explored the various avenues to “flow,” that state in which we are fully present and meeting the challenges of the moment with a calm, clear focus and full access to all our resources. This time, we’ll look at a potential flow inhibitor all too familiar to most veterinarians: the unpleasant interaction with an unreasonable or irrational client.

Dr. Melanie Goble, a founding board member of Not One More Vet, recounted an experience from her fourth day practicing as a veterinarian. Upset that Dr. Goble hadn’t performed a test the client felt should have been done, the pet owner screamed at her for several minutes, saying, “You should never have been licensed!” “You should be dead!” and “You’re not worth the air you’re breathing!” But, of course, the fact that the client was incorrect about Dr. Goble’s medical judgment — the test wasn’t necessary — did nothing to alleviate the shock and emotional charge of the moment. After the client left, Dr. Goble walked into the treatment area, burst into tears for two minutes and moved on to her next appointment.

All these years later, she still feels the shock and pain whenever that interaction comes to mind.

Unfortunately, almost every veterinarian has a version of such a story. Unbalanced clients can go so far as to make death threats, say they will blow up the doctor’s car or house, or worse. Now, we can add cyberbullying to the list of adverse client experiences. All the negativity usually is triggered by a situation that either wasn’t life-threatening or was beyond the veterinarian’s control.

When Trey served as the in-house counsel for a company that owned 75 veterinary practices, hospital staffs would refer to him their most persistently and aggressively upset clients, and he would communicate with each pet owner. During those conversations, he applied the LEAF technique (described below) to try to ameliorate the situations as best he could. He began to see a consistent pattern that surprised him. The more unhinged a client seemed to be, he found, the greater the likelihood that the doctor and practice had done nothing wrong.

Trey also noticed an 80/20 split. About 80% of the very upset clients transferred unresolved emotions from other aspects of their lives onto the veterinary interaction. In comparison, only 20% of the clients who experienced a serious doctor or staff error ever complained. In other words, when a practice made a significant mistake, the clients, by and large, were understanding or at least not inclined to attack the doctor or practice.

The LEAF technique (listen, empathize, act and follow up) can help when a client remains upset and later makes threats or unreasonable demands. Here is the basic LEAF paradigm:

While LEAF has proven helpful in countless circumstances, its limitations are apparent. It does not address the client who never calms down, for example. And more relevant to “flow,” it doesn’t provide a means for the doctor or staff to process the trauma of a vicious verbal attack in a healthy way.

Twenty-five years ago, some guidance on processing trauma came from an unlikely source. The youngest in a family of 13 children in rural Mexico, Miguel Angel Ruiz went to medical school and became a surgeon. Later in life, writing under the pen name Don Miguel Ruiz, he published “The Four Agreements: A Practical Guide to Personal Freedom,” a book of Toltec principles. “The Four Agreements, which provided four simple agreements one can make with oneself, struck a chord, rising onto The News York Times bestsellers list and remaining there for over a decade.

The second of the self-help book’s Toltec principles is “Don’t take anything personally.” Ruiz suggested that everyone lives in their own reality, so we can’t assume that we understand another’s reality or that another person’s reality is correct for us. As a result, we take on needless suffering if we take personally anything another person says or does. It’s not a stretch to think that irrational clients live in their own reality. The agreement provides a helpful reminder.

We suggest this important step beyond not taking things personally: Give yourself the spaciousness and grace to feel whatever comes up in response to negative client interaction. We see a difference between developing a thick skin and developing emotional maturity and a sense of well-being that enables you to process and ultimately release the emotions resulting from conflict and trauma.

Emotional insulation is like emotionally paying for something later so that you don’t have to feel it fully today. However, like with most debts, a carrying cost is involved. If you want confirmation of that truth, think of when something upsetting happened and note how you feel as you recall it, just as Dr. Goble described about her fourth day of practice. If you still feel any of the original charge, you clearly have unprocessed feelings related to the event. Now in our 60s, Trey and Jeff are surprised at how regularly we can tap into something that happened years ago and relive many of the same feelings.

Permit the Flow to Flow

The good news is that when we allow ourselves the time, space and vulnerability to let those feelings flow, they often dissipate far more readily than we would expect. As Brené Brown observed, “Vulnerability is the birthplace of innovation, creativity and change.” Once those unwanted feelings get a chance to flow, other (more desirable) flow experiences become possible.

So, while we agree with the concept of not taking anything personally, we encourage you to use a hefty dose of gentleness when applying the guidance. If we can remind ourselves that the attacking behavior of others reflects how and where they are in that moment, while also allowing ourselves the room to feel what naturally arises in response, we remain in our natural flow and let it help heal the emotional wound.

Instead of allowing a situation to become a potential flow stopper, we use the principle of flow to navigate through the difficult situation. And that’s what we’re looking for because, in our view at least, the flow must go on!

The four agreements in Don Miguel Ruiz’s 1997 bestseller are: