Confessions of a swine veterinarian

When a weird case presents, sometimes the best a surgeon can do is rely on hard-earned talent and intuition. 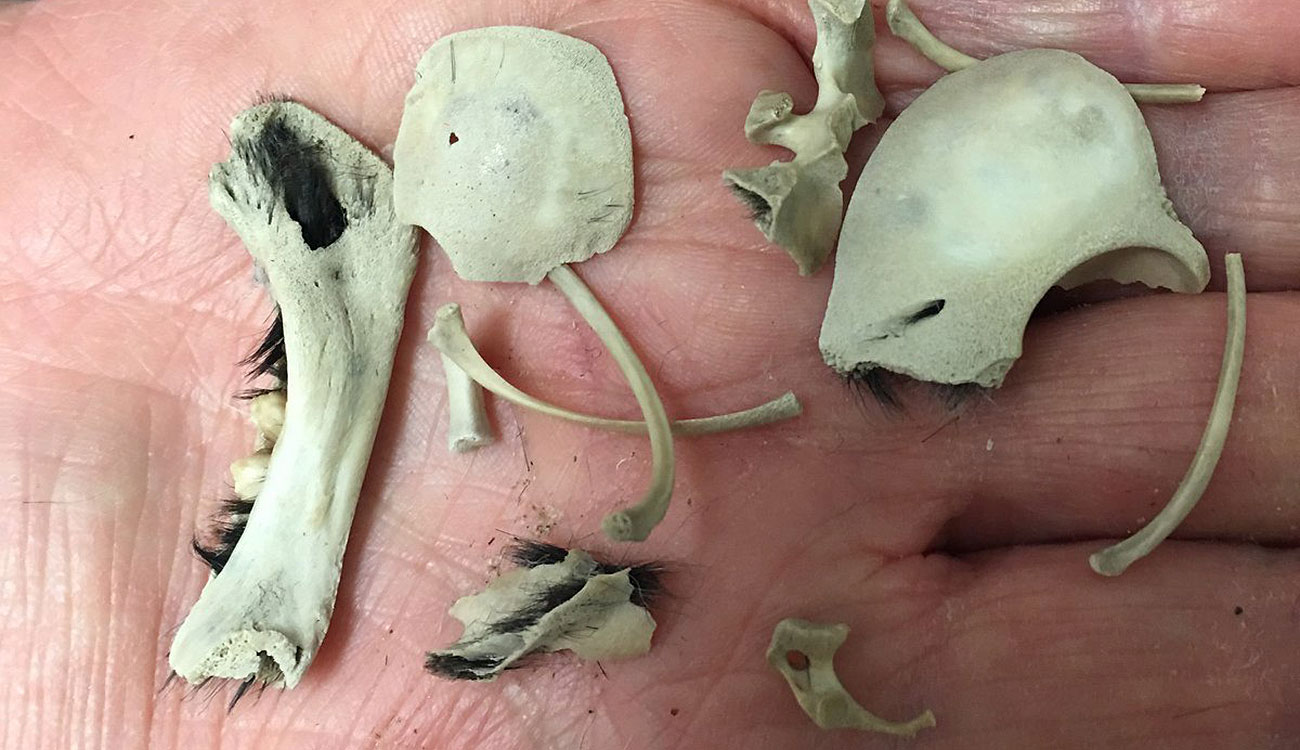 My professional life has been dominated by dog and cat medicine, but my heart will always belong to pigs. It seems as if every time I think pigs have slipped off my radar, one will come around. Such was the case with a throw-away pig named Rose who had an iron will to live and who inspired me to become more than I thought I could be.

My instincts for how to tackle this case derived from 19 years of veterinary practice at five clinics, hog farm production work, two pet pig veterinary conferences, a one-time side business named Swineheart Veterinary Services, and a fast friendship with the premier pig rescuer in Oklahoma.

I make no apology for the crudeness of what you are about to read. It is raw, and it is real, and it is the essence of real-life veterinary practice because some surgical cases are impossible to prepare for. Her case defied everything I learned about aseptic surgical technique and geriatric swine. Here is our story.

Rose, a 50-pound intact female, was delivered to me from the Tulsa, Oklahoma, animal shelter by Tracy McDaniel, founder of Hamalot Potbellied Pig Rescue. Rose presented with a baked-potato-sized lump on her left flank. It looked like an abscess or mass.

I masked the pig with isoflurane gas anesthesia and lanced the lump. A gust of gas hissed from the rent. I inserted a gloved finger and began digging out pasty pus, emulsified muscle tissue and then many crunchy bone fragments. A couple were smooth and rounded like femoral head fragments.

I thought Rose had suffered trauma and broken bones, then healed. The pocket was cavernous and contained, and I could run my finger around the entire thing. After digging out as much as possible, I flushed the opening with chlorhexadine solution and placed a Penrose drain. We radiographed her pelvic area and lateral abdomen. Aside from an intact skeleton, the images were inconclusive.

Later that day, Tracy asked if I thought what I had found could have been a macerated fetus that never made it out of the uterus. The idea made sense, but the pocket I cleaned did not communicate with the pig’s abdominal cavity. Tracy wanted me to spay the pig while she was at the clinic, so I agreed to perform the procedure two days later.

Fishing around for an ink-pen-sized uterus, I gasped when I encountered a left uterine horn the size of a toilet-paper roll in circumference that was adhered head-on to the abdominal wall. I palpated it, and sure enough I could feel the familiar crunchy bones contained therein. I considered my options. I decided to clean out the uterine horn as if doing a caesarian section, then figure out what to do next.

Working with one staff member who doubled as a surgery technician and receptionist, and another who luckily is a registered veterinary technician and works with me two days a week, I incised the uterus and began expressing the same pasty pus and bony fragments. They were indeed fetal bones.

Avoiding contamination of the abdominal cavity was extremely difficult. “I should probably put her to sleep,” I lamented. Nevertheless, I threw myself into a procedure I had trained for all my professional life.

My pet pig, Marshall, inspired me to apply to veterinary school, which against all odds I entered at age 40. Majoring in pig medicine at Oklahoma State University is quite a trick, but the school allowed me to chart my own course. I struggled. “There has to be a dumbest smart person in veterinary school, “ I told myself, and that was my self-image.

Upon graduation, I regretfully found myself in predominately small animal medicine, so I was determined to become a top-notch dog doctor and a competent surgeon. It was hard, but I practiced and never gave up.

Last year, I accepted an opportunity to help rejuvenate a small animal practice whose main income derived from rescue organizations. Surgeries were scarce, the staff inexperienced and surgical supplies rudimentary.

Now, with 21 rescue dogs awaiting processing prior to sending on a transport to Colorado, I considered what should have been a straightforward spay surgery for Rose turn into a train-wreck pyometra salvage.

Back on Her Feet

After extracting all the rotten contents possible, I flushed Rose’s uterus with a solution made from a liter bag of Normosol R fluids with 1000 mg of gentamicin sulfate added. Using a Carmalt forcep, I clamped a section of uterus proximal to my flush incision and incised across that section, suturing the remaining portion of uterus in an inverting pattern as if closing a C-section. This would remain in the abdomen.

Next, I isolated the right ovary and then transfixed, ligated and removed it. The rest was unprecedented. I continued slicing and stitching, and I ultimately fashioned a uterine stump that I could transfix, ligate and oversew the end.

My assistants rustled up another sterile surgery drape and I regloved. Then I lavaged the abdomen with copious gentamicin flush solution, swished, turned Rose on her side and drained, and went again. My technician warmed the flush solution as we went.

As I closed the body wall, I despaired over whether Rose would awaken only to succumb to septic shock or anesthesia fatigue.

About 45 minutes later, to my surprise, Rose was standing in her cage. She walked outside and back that evening. I half expected her to be dead by morning, but she was not. And she ate.

Three days later, she was back to normal and her rectal temperature was 100.7 degrees Fahrenheit. The original flank incision did not fill with fluid and was healing well.

That surgery was once in a lifetime. I might never be an elite veterinarian with all the accompanying trappings and recognition, but that pig, that day, on that table, reminded me that my ability and street smarts are all my own, not purchased with money but with honest hard work and experience.

A veterinary surgeon doesn’t need fancy equipment or someone else’s approval. She just needs self-confidence and a belief in herself. 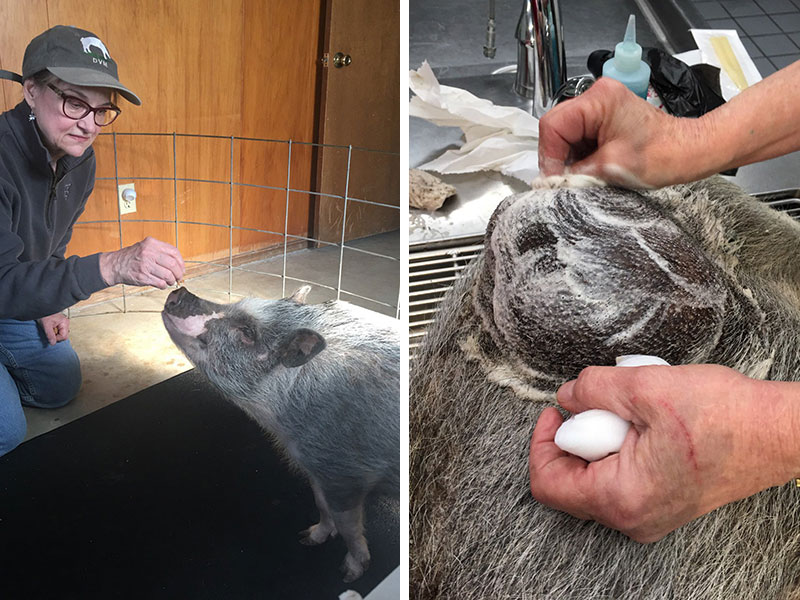 Dr. Lou Anne Wolfe and Rose, who needed surgery to deal with a baked-potato-sized lump, right, on her hip.

How to Land an Industry Job