Veterinarians should have a basic understanding of the rules of competition. You don’t want to run afoul of antitrust laws. 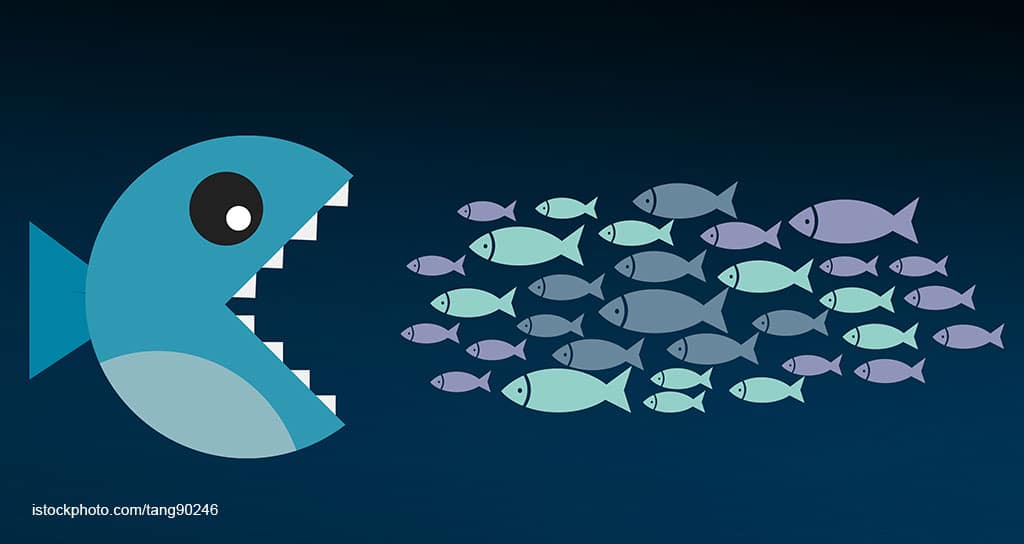 Federal antitrust laws are discussed when transactions between corporate titans are in the news, such as the merger of T-Mobile and Sprint. Such laws, however, are the foundation of modern American capitalism and a subject that veterinary businesses need to understand, at least in principle. In a truly free market — one with no regulations — unbridled capitalism can have drawbacks. One is the ability of businesses to achieve significant economic power, which they can wield to stifle competition. That’s why U.S. antitrust laws were developed over 130 years ago: to ensure healthy competition.

In the veterinary context, competition forces medical providers and the manufacturers of animal health products to work hard to remain viable. Simply put, it’s a dog-eat-dog world, and if the next veterinarian is smarter, cheaper and better than you, you’re in for a rough go of it.

Given the immense competition, it’s only natural that veterinary businesses might be tempted to avoid competition. For example, they might agree among themselves to limit how they compete, such as by controlling the price or availability of a product or service in a particular region. Or they might use their leverage in the marketplace to sabotage or interfere with the efforts of other businesses to compete.

These and other anti-competitive schemes are regulated under state laws and the federal Sherman Act and Clayton Act. Specifically, federal laws prohibit three categories of conduct:

All these violations can be prosecuted at the federal level by the Department of Justice or the Federal Trade Commission and at the state level by state attorneys general, among others.

Here’s more on the three categories of prohibited conduct.

Agreements Not to Compete

Prohibited by Section 1 of the Sherman Act, agreements not to compete are likely most relevant to the veterinary industry. Agreements to coordinate pricing or divide territories or groups of customers are prohibited “per se,” meaning they are always prohibited if proven. Per se violations can result in criminal penalties such as hefty fines and incarceration.

Other agreements to limit competition are evaluated under the Sherman Act’s “rule of reason” and might be prohibited depending on how the agreement affects competition. Proving a rule of reason case is generally more uncertain and thus more expensive to litigate. These cases require a more detailed economic analysis of the effects of the agreement on the marketplace.

Monopolization or Attempts to Monopolize

Unlike alleged violations of Section 1 of the Sherman Act, Section 2 violations do not require proof that competing businesses entered into an agreement. That’s because businesses can commit violations on their own and without complicity. Prosecution requires proof of one of two things:

Further, proof must be furnished that the business acted to unjustly secure or keep the monopoly by sabotaging the efforts of other businesses to compete. This type of alleged violation can be seen in a recent lawsuit filed in Washington state against a corporate hospital network.

This category of anti-competitive behavior is prohibited by Section 7 of the Clayton Act. Importantly, anti-competitive mergers can be prevented before they take place, thereby avoiding the ultimate harm before it can happen. To successfully litigate a Section 7 case, the law requires proof that the merger would “substantially lessen competition.” This is a high bar to reach and the fact that there will be one less post-merger business is insufficient grounds to prohibit the transaction. In other words, the competition being eliminated must be significant.

Further, courts will examine how important the company being eliminated is and whether the merger would lead to a significant reduction in meaningful choices for consumers.

While antitrust laws might seem straightforward, knowing whether a violation is taking place is difficult. First, collusion among businesses most likely occurs in secrecy and under the cloak of confidentiality.

In addition, pinpointing antitrust violations is hard when the conduct of businesses can be coincidental or actual malfeasance. For example, if several local veterinary clinics charge the same price for their services, how do you know whether they are cooperating to keep prices high or are simply aware of what the market will bear? The question has no easy answer. That is why consumers, consumer advocates and businesses often complain to antitrust investigators and lawyers or to government agencies, which can decide whether to investigate.

Antitrust laws should not be viewed as obstacles to competing vigorously and independently, and I am not suggesting that a vast anti-competitive conspiracy seeks to threaten your business. Rather, protecting your interests is important. To do that, consistently monitor market trends and your competition.

More importantly, armed with a basic understanding of antitrust laws, you’ll know how to maintain your independence of judgment and action in pricing, producing, marketing and selling your products and services. That means avoiding any type of agreement, understanding or arrangement, whether formal or informal, with a competitor regarding:

The Sherman Act was signed into law in 1890 and is named after U.S. Sen. John Sherman, an Ohio Republican, who introduced the legislation. The Clayton Act takes its name from its sponsor, U.S. Rep. Henry De Lamar Clayton Jr., an Alabama Democrat. The law was passed in 1914.