The House of Delegates approves language respecting “the veterinarian’s right to use professional judgment.” 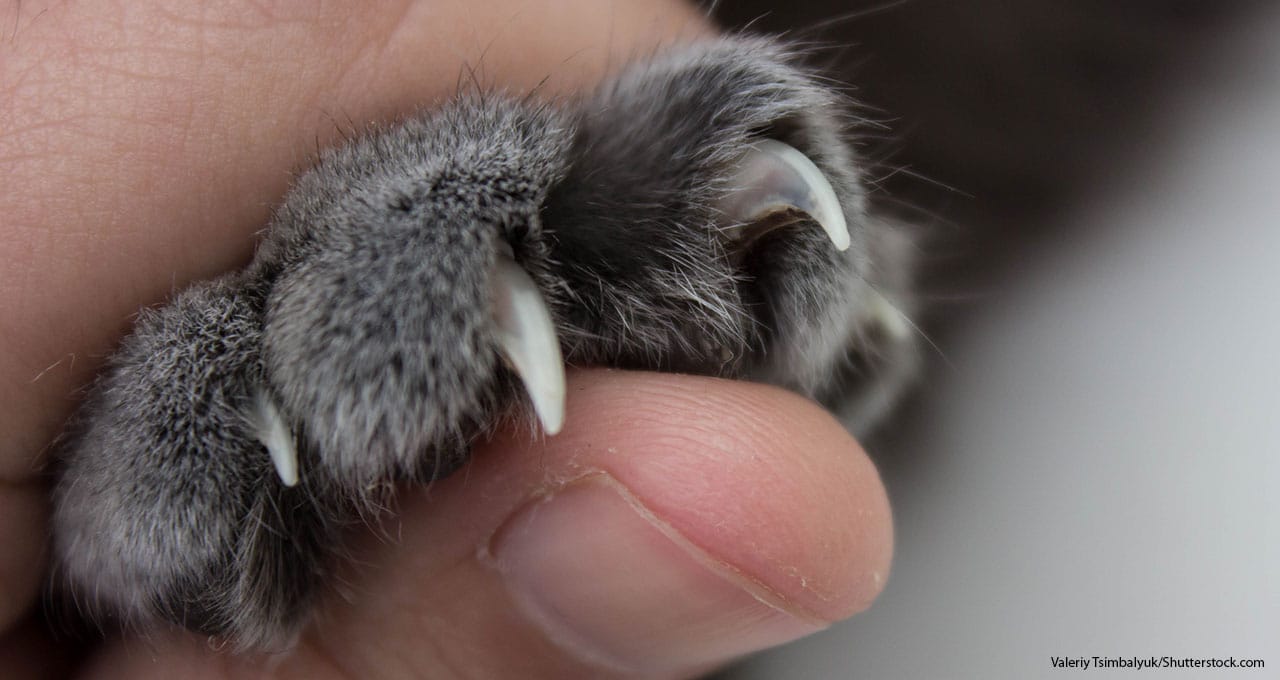 The American Veterinary Medical Association (AVMA) has revised its policy on cat declaws, opting to discourage the procedure rather than rely on client education as a way to shed light on other options.

The updated policy was approved by 84% of the House of Delegates after a 90-minute floor discussion during a meeting in Chicago.

Some speakers, among them Texas alternate delegate Sam Miller, DVM, called on colleagues to keep the existing policy.

“We do not advocate for declaws at all,” he said. “But there are times when it is a procedure that needs to be considered … after thorough education with the owner,” Dr. Miller said.

Rhode Island delegate Cathy Lund, DVM, was one of several members who strongly supported the measure, partly because of growing public opposition to declaws, or onychectomies. New York State and a collection of U.S. cities ban the declawing of cats.

“We here at the House of Delegates are doing amazing work keeping up with changes in what’s happening in this country,” Dr. Lund said. “We think it’s really, really important that we evolve with the times.”

AVMA’s Public Matters Reference Committee took up the matter a day before and recommended approval of the revised policy. Committee member Neil Moss, DVM, the delegate from Utah, was one of only a few veterinarians who raised the possibility of no more declaws.

“Could we imagine a world where declawing of cats was just banned?” he said.

“If there was a ban on declawing, then this whole debate would go away. In England, they banned docking of tails unless there’s a medical necessity, and I think that would possibly be the statement that could be made: that we should ban the declawing of cats unless it’s a medical necessity.”

The House of Delegates, concerned that veterinarians be allowed to exercise their professional judgment during patient health care, tweaked the wording of the revised policy but in the end kept the bulk intact. It now reads:

“The AVMA discourages the declawing (onychectomy) of cats as an elective procedure and supports non-surgical alternatives to the procedure. However, the AVMA respects the veterinarian’s right to use professional judgment when deciding how to best protect their individual patients’ health and welfare. Therefore, it is incumbent upon the veterinarian to counsel the owner about the natural scratching behavior of cats, the alternatives to surgery, as well as the details of the procedure itself and subsequent potential complications. Onychectomy is a surgical amputation and if performed, multimodal perioperative pain management must be utilized.”

In other action, the House of Delegates, unanimously approved:

Did you know a subscription to Today’s Veterinary Business is free to qualified veterinary professionals?