ProHeart 12 will use the same RiskMAP associated with six-month ProHeart to ensure safety. 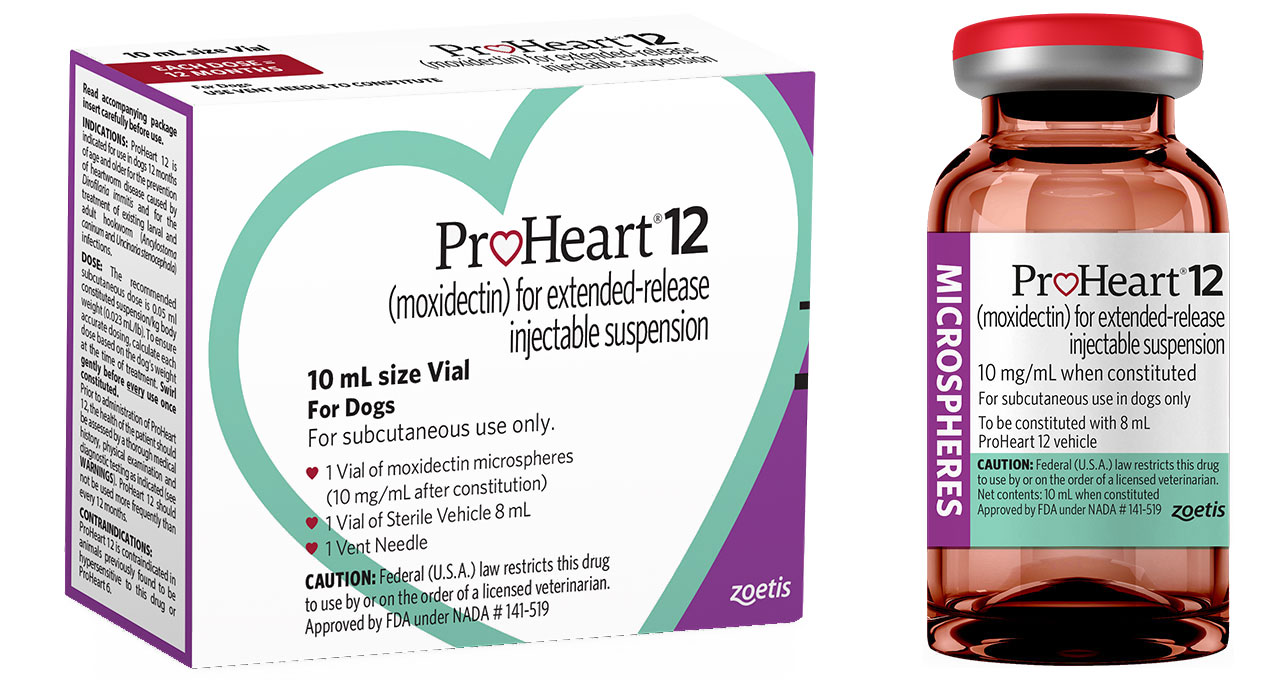 ProHeart 12 eliminates the need for monthly dosing, making compliance easier, according to Zoetis.

Zoetis Inc. has earned U.S. Food and Drug Administration approval of ProHeart 12 (moxidectin), an injectable heartworm preventive with a 12-month duration of action.

The extended-release prescription drug is indicated for dogs at least 1 year old to prevent heartworm disease caused by Dirofilaria immitis and to treat existing larval and adult hookworm infections.

The FDA’s Center for Veterinary Medicine announced the approval of ProHeart 12 but did not say when the drug will go on the U.S. market. A Zoetis spokesperson said only that a formal announcement is pending.

ProHeart 12 contains three times the concentration of the moxidectin compound used in ProHeart 6, which has six months’ efficacy.

Six-month ProHeart, then under Zoetis predecessor Fort Dodge Animal Health, was voluntarily withdrawn in 2004 following reports of adverse events such as seizures, immune-related blood problems and some deaths, according to the FDA. Development of a Risk Minimization Action Plan, or RiskMAP, helped bring the product back into veterinary clinics.

“When ProHeart 6 returned to the market with the implementation of the RiskMAP, reports involving death, including reports of death associated with anaphylactic reactions, decreased,” the FDA noted. “Since that time, the conditions imposed by the ProHeart 6 RiskMAP have been revised based on the FDA’s continued close monitoring of reports of adverse events. The drug maker has added ProHeart 12 to the existing RiskMAP for ProHeart 6 to ensure the safe use of both products.”

Five laboratory studies and a field study involving client-owned dogs were conducted during the ProHeart 12 approval process. Reported adverse events included vomiting, diarrhea, decreased appetite and seizures, but the reactions occurred at “a similar rate” as with a control group of dogs that were administered saline, the FDA reported.

The new preventive will be available in 10 mL and 50 mL vials. It requires mixing with a sterile diluent before administration, the FDA stated.

WVC rebrands as the Viticus Group