It’s a work in progress

Written by Ken Niedziela in April 2020

You might think that conditions have improved two years after the release of the first Merck Animal Health Veterinary Wellbeing Study, which discovered troubling rates of psychological distress among U.S. veterinarians. You’d be wrong.

The results of a 2020 follow-up survey revealed that 9% of veterinarians are suffering with their well-being, the same rate as in 2018, and that 35% are just getting by, 2 percentage points higher than the last time. Optimists might point to the other 56% of veterinarians, who described themselves as “flourishing,” but what would be missed is that veterinarian well-being, especially among younger practitioners, remains lower than that of the general U.S. population.

“The needle hasn’t moved from the perspective of well-being and mental health issues,” said Christine Royal, DVM, director of professional services with Merck Animal Health. “We have a ways to go, but I do think there’s some positivity in that it’s not getting worse.”

What’s getting better is awareness and discussion of the personal issues facing veterinarians and the rollout of resources to help them.

“Our research shows that attitudes toward mental health in the veterinary field are improving, but we still have work to do as it relates to treatment,” said Judson Vasconcelos, DVM, Ph.D., Merck’s director of veterinary and consumer affairs. “For example, this study found a significant and positive change in caring towards those with mental illness but that there is still a large treatment gap, with half of those surveyed experiencing distress and declining to seek treatment.”

Asked if they would recommend a career in veterinary medicine, 52% of the nearly 2,900 respondents said “no,” on par with what was found in 2018. The chief reasons: student debt, low income and stress.

As Dr. Royal said, the veterinary profession still has “a ways to go.”

“We’ve only been talking about well-being for a couple of years,” she said. “It does take time to not only gain awareness but to have the structure and build it into veterinary schools and then into our vet clinics, no matter whether you’re in small animal, food animal or equine.

“My dream would be that we move more veterinarians that are just getting by into flourishing and move those with the low well-being up into the next category and just have that standard progression.” 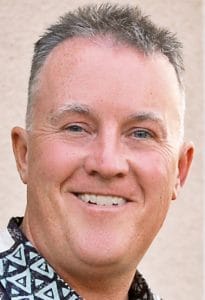