Empathy and communication go a long way in heading off veterinary litigation. Unfortunately, a New Jersey case shows what can happen in their absence. 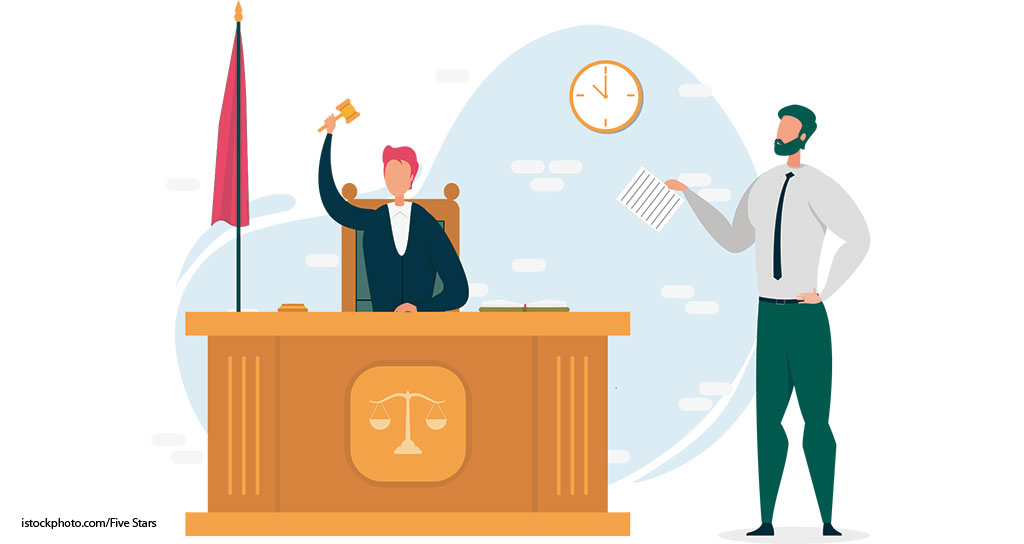 If running a business isn’t difficult enough, veterinarians often worry about getting sued for malpractice or negligence. One reason they are fearful is obvious: A well-publicized lawsuit can quickly ruin a veterinarian’s career and practice. Another reason is less apparent: No one, not even an attorney, can predict the outcome of a lawsuit with certainty. That’s because the success or failure of any litigation involving a pet owner depends on many factors, including the facts and circumstances of the case, the ideology of judges and juries, and the type of lawsuit. To illustrate my point and uncover a few ways to safeguard against lawsuits, let’s dive into a recent New Jersey appellate case.

In this case, the plaintiff took his sick cat, Amor, to a veterinary hospital. Amor was diagnosed with saddle thrombus, a heart condition, and euthanasia was recommended. During the procedure, Amor bit a staff member. The veterinarian informed Amor’s owner that according to state law, a brain tissue sample had to be tested to determine whether the cat had rabies. The plaintiff pet owner explained to the veterinarian that Amor was a vaccinated indoor cat and never ventured outdoors. He provided Amor’s vaccination records and suggested that the doctor speak to the cat’s primary veterinarian.

The plaintiff discovered at the cemetery that Amor had been decapitated to allow for the tissue sampling and that the head had been disposed of as medical waste. The veterinarian never explained to the plaintiff what a rabies brain tissue sample entailed, according to the lawsuit. Similarly, options for sampling were not provided, even though less-drastic possibilities existed. The plaintiff also was not told that his cat’s head wouldn’t be returned, though such a request could be made.

The lawsuit charged that the plaintiff went “into a state of shock” in front of the pet cemetery’s staff. He called the police and requested grief counseling.

About two years after Amor’s death, the owner sued, alleging negligent infliction of emotional distress, negligence and bailment, a legal term involving the transfer of personal property for a short time. He also alleged that he developed severe mental and physical health issues because of the incident. He asked for unspecified compensatory damages as well as payment for lost wages and pain and suffering.

A trial judge dismissed the lawsuit, but the pet owner appealed. The appellate court ruled that the veterinary hospital had a duty to return Amor’s body in an acceptable condition. It also stated that the clinic breached its duty to Amor’s owner by disregarding the obvious mental distress he would experience by seeing Amor’s decapitated body and by not telling him about less-drastic alternatives, pursuant to New Jersey guidelines in rabies cases. Ultimately, the appellate court reversed the lower court’s dismissal and remanded the case for trial. The lawsuit is pending.

The appellate court clearly outlined the mistakes that led to the lawsuit. An analysis of those errors reveals these four best practices:

1. Empathy is important. Know your client and pay attention to social cues. In this case, the veterinarian and staff did not focus enough on the plaintiff’s emotional distress. The court emphasized that the plaintiff cried loudly, held Amor, and spoke and sang to him before the body was taken away. As the case highlights, a court more likely will find foreseeable damage if a highly emotional or sensitive client is involved. When such situations arise, be sure to handle them accordingly.

2. Communicate effectively. Practicing effective oral and written communication and spending time with clients are two of the best ways to ward off malpractice claims and legal liability. You are responsible for ensuring that clients are fully informed about their pets’ treatment and the options. In this case, the client knew only that his cat would be tested for rabies. He allegedly was not told how the test would be conducted, whether an alternate test was available and in what state his pet would be returned.

3. Listen, and then listen more. Amor’s owner clearly explained that the cat stayed indoors and that the vaccinations were up to date. Even if rabies testing was necessary, the plaintiff repeatedly put the veterinarian on notice that he would view Amor at the pet cemetery.

4. Train your staff to handle difficult situations. A workshop on emotional intelligence or a basic session on client scenarios can help prepare team members. For example, in this case, when Amor’s owner called the veterinary hospital to ask why he was not told the cat would be decapitated, an employee referred the plaintiff to the health department and provided Amor’s case number. The decision angered the emotionally distraught pet owner and left him with unanswered questions. Subsequent calls to the veterinary hospital led to similar outcomes and, eventually, to litigation.

Lawsuits are often not about money. They frequently arise not because of the initial action but because people think they were ignored, mistreated or lied to by people they trusted. Luckily, lawsuits are not inevitable. Hone your client relations skills so that you stand a better chance of avoiding lawsuits and improving your odds if litigation arises.

A TALL BAR TO CLEAR

Pet owners can allege anything in a complaint or legal proceeding — most plaintiffs share raw, emotional details — but at the end of the day, courts generally require veterinary clients to prove the following to prevail:

As a veterinarian, you must act as any reasonable colleague would. If a legal injury results, your actions must be the actual cause of the harm.

Keep in mind that the law generally does not require a veterinarian to possess an extraordinary skill or use the highest degree of care. As a defendant in a negligence action, you and your level of skill and knowledge will be compared only to the skills and knowledge of veterinarians in good standing in similar communities, unless you represented to the plaintiff that you had a greater set of skills or knowledge before you provided the services.