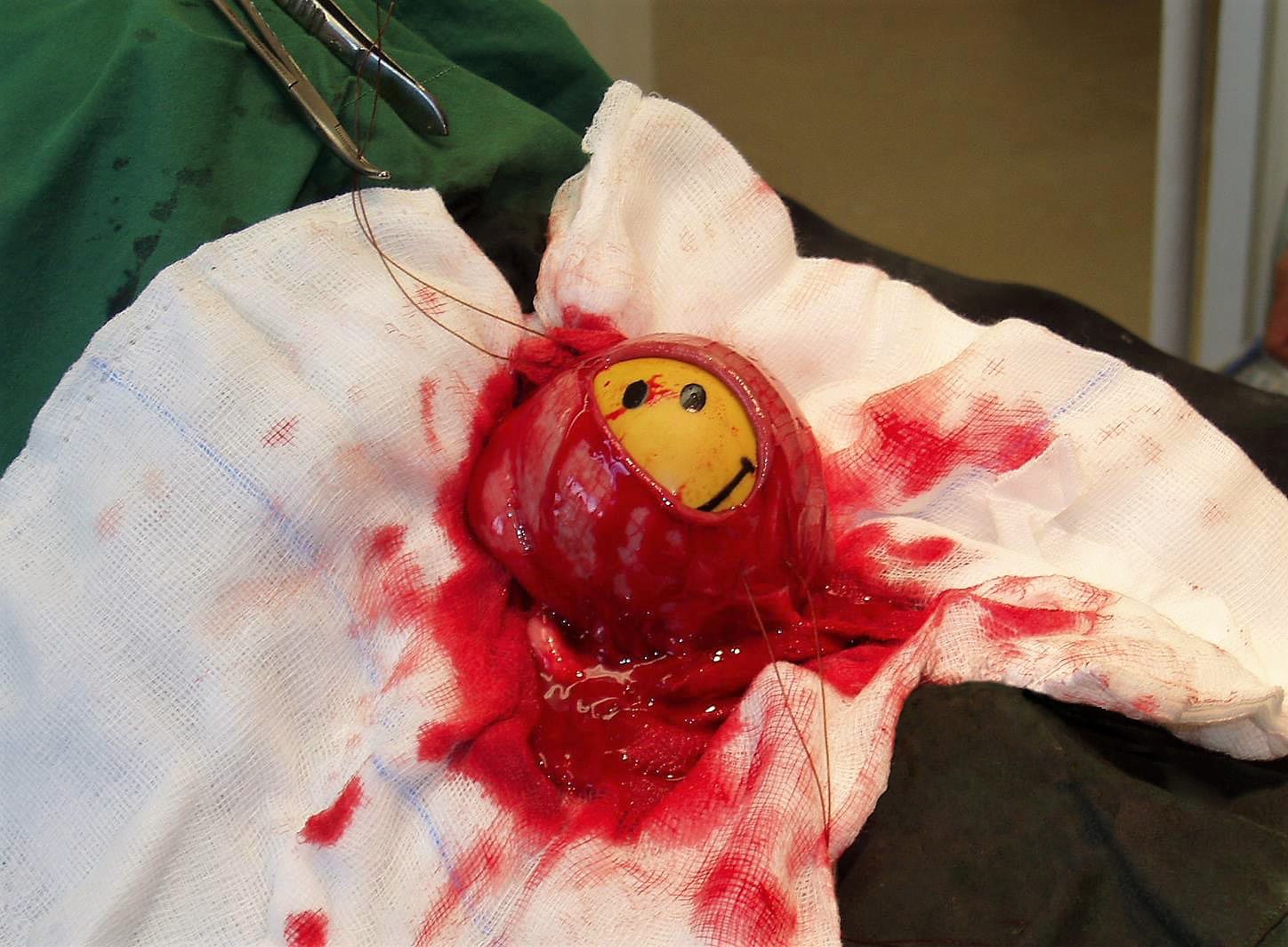 A picture-perfect approach was all it took for two veterinarians to win top honors in the British Veterinary Association’s second annual photo competition.

Mandy Knight, who last worked at Vets4Pets in Gosport, England, captured a stunning image: a smiley squeeze toy being removed from the stomach of a Labrador retriever. The photo was named the best in the “You and Your Work” category.

“We knew from radiographs that he had eaten a ball, but it was a lovely surprise to make the incision into the stomach and have this happy little chap beam out at us,” Dr. Knight said. “We have such a cool job as vets, and this just nails it.”

Jen Rowland, who practices in Aberdeenshire, Scotland, wowed the judges in the “Wonderful World of Animals” category with her shot of North Ronaldsey and Dartmoor sheep grazing under the Milky Way in Northumberland.

Wildlife photographer and judge George Stoyle said Dr. Rowland “clearly put some thought into her photo and has shown skill in its execution.”

“From a technical perspective, the exposure used for the sky is just long enough to make the stars visible whilst minimizing star trails, and artificial light has been used just enough to highlight the sheep and the rest of the foreground,” Stoyle said. “The entire scene along with the ragged appearance of the sheep gives the image a feeling of wild, remote, windswept moorland, which I love.”

The top photos, along with “highly commended” entries, are available for viewing at bit.ly/2wtM2fB. 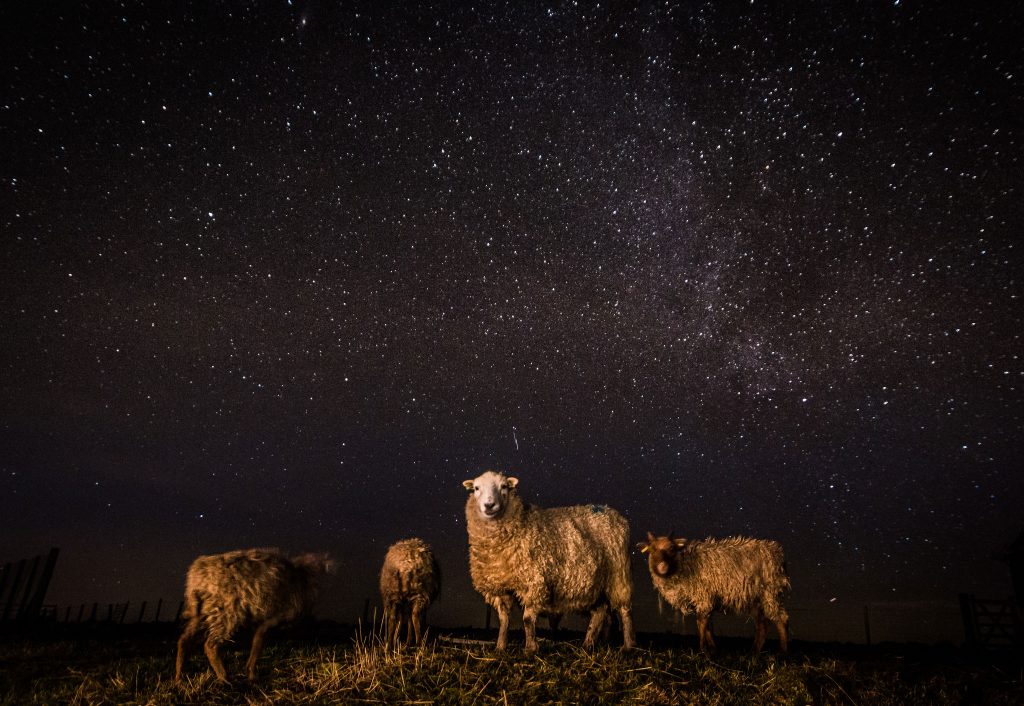