Retirement Plans Work for You

Financial Wellness co-columnist Geoff Huber leads Triune Financial Partners’ retirement plan department. He’s been in the financial planning industry for three decades, focused solely on retirement plans for over 20 years. He and his team partner with credentialed third-party administrators to serve clients. Together, they work with small- to mid-sized business.

Financial Wellness co-columnist Fritz Wood is a veterinary industry veteran with a special interest in finance. He works with Triune Financial Partners to connect veterinarians with experienced, independent financial planners. He is the former personal finance editor of Veterinary Economics and was a treasurer and board member at the American Veterinary Medical Foundation. He holds bachelor degrees in accounting and business administration from the University of Kansas. 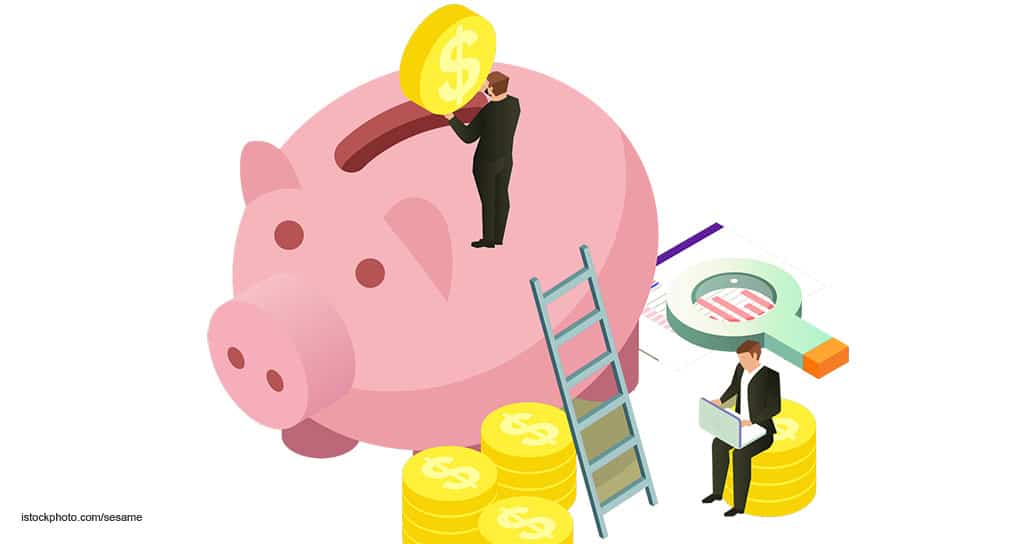 The decision to sell a veterinary practice is loaded with financial considerations, but don’t gloss over the need to clearly understand what you want to achieve. Are you tired? Frustrated? Burned out? At retirement age? Overloaded with management duties? Do you want to maximize the sale price or transfer the practice to an associate veterinarian at favorable terms? Do you want to walk away completely or practice at a reduced level?

As you consider the future of your veterinary practice, both personally and professionally, remember that a smartly designed 401(k) plan can play a vital role. In consulting with practices across the country, we’ve found that retirement plans work as a financial Swiss Army knife. Done right, they help reduce your income taxes, invest for your retirement, and recruit, retain and reward valuable long-term employees.

We’ll address the types of retirement plans, explore a case study on intelligent plan design, explain fee benchmarking and finally, examine incentives created under the Setting Every Community Up for Retirement Enhancement (SECURE) Act of 2019.

From SIMPLE to Cash Balance

During 30 years of working with veterinarians and other professional practices, we’ve noticed a common progression with their retirement plans. The sophistication of the right type of retirement plan generally tracks with the size or profitability of the practice. For example, when a practice is initially formed, the owner often feels as though he is in the dark and feeling around for the light switch. Cash flow is most important and, since it doesn’t exist right away, funding a retirement plan might not be on the radar.

Once a practice begins to generate revenue, a SIMPLE IRA, or Savings Incentive Match Plan for Employees Individual Retirement Account, is often enacted for the owner and the employees. This is an easy way to get started. It’s a payroll-deduction investment plan (including up to a 3% employer match) that requires little administration. However, contributions can become limiting as the owner reaches maximum limits.

The practice owner then might decide to move to a Safe Harbor 401(k) profit-sharing plan.

The triggers for this are threefold:

Finally, in rare circumstances, a practice might adopt a cash balance pension plan in addition to the Safe Harbor 401(k) plan, increasing tax-deductible contribution maximums to $200,000 or more.

A table comparing these three types of retirement plans can be found at https://bit.ly/3ckW7iH.

How do you know when to upgrade your plan from a SIMPLE IRA to a Safe Harbor 401(k)? Consider a hypothetical veterinary practice faced with this question back in 2013. Assume the practice had two equal partners who were both in their mid-50s, planned to “hit it hard” for another 10 years and then would look for a buyer so that they could transition out. They had two employed veterinarians plus a staff of 20. They were quite profitable and owned the real estate.

The partners believed that they were underfunded and ill-prepared for retirement. They funded a SIMPLE IRA to the maximum upon their CPA’s recommendation. (In 2013, they could contribute $15,000 annually to each SIMPLE IRA and receive an employer matching contribution of $7,500, or 3% of their W-2 income.) The CPA’s perspective might have been that 401(k) plans were cumbersome, complicated and expensive for practices like theirs.

We would gather an employee census that included birthdates and annual compensation in order to run projections. From that information, we would prepare a plan design proposal. This practice would benefit from a 401(k) plan.

With the new Safe Harbor 401(k) plan, including a profit-sharing provision, they could nearly triple the amount they had been contributing annually, from just over $20,000 to $60,000. By the end of 2019, the partners would have accumulated nearly $500,000 in each respective 401(k) account and the entire plan would have a projected worth of over $1.5 million.

The cost to implement the custom-designed 401(k) plan would have been less than $5,000. The combined cost of the required profit-sharing contribution for employees plus the fees for required annual plan administration and tax filings would be less than the annual income tax deduction each would have received for funding the plan.

Turns out it wouldn’t have been cumbersome, complicated or expensive after all.

If your practice maintains a 401(k) plan, be sure to benchmark the fees and performance every two or three years. This is not only a sound business habit but also your legal obligation as a fiduciary. Doing so will either (a) confirm that your plan is on solid footing or (b) reveal that changes are warranted to generate improved results for you and your team members.

Triune Financial Partners calls this an SOS (second opinion service) for your 401(k) plan. Scrutiny of 401(k) plan fees is at an all-time high, according to Forbes magazine.

If the IRS or U.S. Department of Labor audits your 401(k) plan, which has become more likely in recent years, then you must know the answers to at least two questions:

Suppose we benchmarked the fees for a single-owner practice with 10 employees and a 401(k) plan value of $1.5 million. If the fund fees could be reduced by 0.25%, which might not sound like much, the cut would project to a $27,446 savings over the next five years and $82,067 over 10 years. Reducing fees means more of your money is in your retirement plan, growing tax-deferred year after year after year.

Consider this: How does your cell phone plan in 2020 compare with 10 years ago? And regardless of your provider, how often has the company contacted you over the last 10 years to offer a better plan for less money? For most people, the answer is never. Wireless companies aren’t in the business of asking you to pay less.

The same can be said for 401(k) plan providers, which is why you should benchmark your 401(k) plan by using a simple SOS report.

Industry costs have fallen within the past five years for several reasons, according to PlanSponsor:

One last tip: Be certain the firm you choose to conduct your SOS operates as a fiduciary and is experienced in the field. Many 401(k) plans today are sold by an adviser or broker who manages only two or three 401(k) plans.

The SECURE Act was signed into law Dec. 19, 2019, and is the largest retirement plan reform since 2006. The act seeks to improve access to employer-sponsored retirement savings plans, increase savings levels within plans and simplify the administration of plans.

A key advantage for the veterinary practice owner who does not maintain a 401(k) plan is a tax credit for starting one. Employers with fewer than 100 employees can receive a 50% tax credit for retirement plan startup costs as high as $5,000, up from the previous $500 cap. Small employers can receive an additional credit of up to $500 a year for up to three years for including automatic enrollment in their plan. These credits are effective immediately.

Remember, a well-designed 401(k) plan helps you reduce your income taxes, invest for your retirement, and recruit, retain and reward valuable long-term employees. It’s vital that you have an experienced retirement plan consultant in your corner to help you navigate the details of your plan design, review them systematically, and suggest possible changes.

Just as you should sharpen your kitchen knives, you need to continually sharpen the tools you use to grow your veterinary practice.

Did You Catch a Financial Virus?