Veterinary Excellence Awards will be handed out Feb. 2. 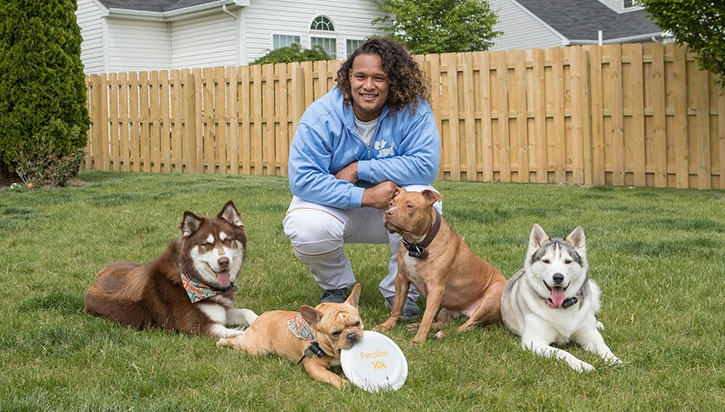 Danny Shelton with his dogs Moni, Mojo, Juicy and Juju.

Shelton, a defensive lineman with the Cleveland Browns, will be honored Feb. 2 in Orlando, Florida, during the company’s Veterinary Excellence Awards.

“Danny Shelton is not only a role model on the field, he’s a model pet parent to boot,” said Natasha Ashton, co-founder and co-CEO of Petplan. “One peek at his @the_furry_sheltons Instagram account makes his love for his dogs and commitment to their well-being apparent. But beyond treating his own pets like gold, Danny has gone above and beyond in helping other pets live better, too.”