An aging Ryan Hospital is undergoing $14 million in renovations. 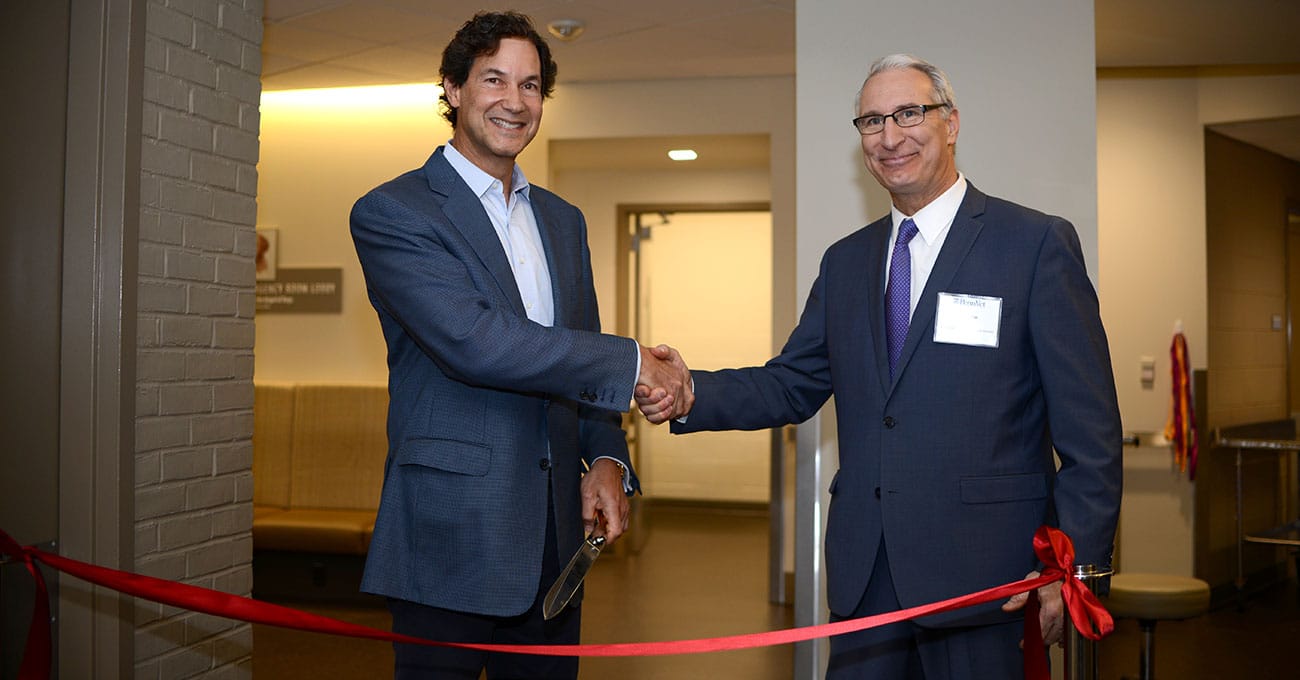 The University of Pennsylvania School of Veterinary Medicine has completed the first phase of a $14 million project designed to renovate 38-year-old Ryan Hospital.

Penn Vet reported that the expansion was overdue given the rising caseload at Ryan Hospital. Originally designed to accommodate 19,000 patients a year, the hospital sees more than 36,000 animals annually, 10,000 of them within the emergency service.

Still to come are improvements to cardiology and radiology services and construction of a state-of-the-art Emergency and Critical Care Center.

“The emergency room expansion represents the first phase of a $14 million investment in our commitment to cutting-edge emergency and critical care for our patients and their families,” said the hospital’s chief medical officer, Michael Mison, DVM, DACVS.

Lichter’s donation was made in memory of his golden retriever, Cosette.

“Contributing to Penn Vet’s Ryan Hospital was important since I have witnessed first-hand the role their veterinarians play in saving the lives of animals who come to Ryan in dire circumstances,” said Lichter, a member of Penn Vet’s Board of Overseers. “It was natural for me to want the hospital to have the most modern and state-of-the-art emergency care facility.”

Ryan Hospital in 2013 was designated a Level 1 Facility by the Veterinary Emergency and Critical Care Society.