If you’ve reached your mental limitations, get centered, exercise self-compassion and remember to do something fun every day. 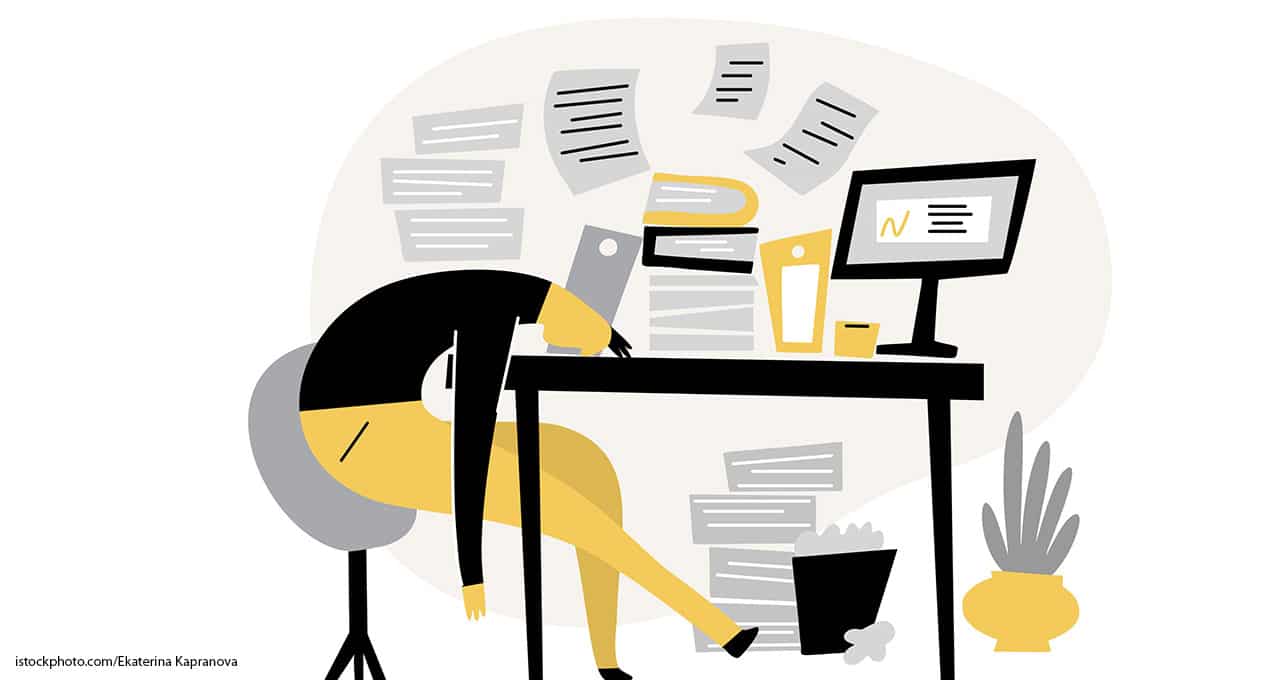 Resist the urge to multitask. Instead, focus on one key priority at a time, giving it your full attention and addressing it completely before moving on to the next item.

One way to bring more flow into your life, as our column has explored, is to be aware of and hopefully avoid the states of mind that are incompatible with flow. In our last column, Jeff shared his brush with burnout and his insight into how to heed the warning signs. This time, Trey will delve into his experience with maxing out mentally, a condition that, like burnout, takes us away from the flow state that feels so healthy, vibrant and fun.

Thank You, Sir, May I Have Another?

Sooner or later, all of us get our turn at feeling like too much has been piled onto our plates. We are encouraged to “gut it out,” “dig deep” and “push past our limits,” and honestly, sometimes that’s the best course. I was fortunate to have a brilliant and challenging seventh-grade English teacher. One of his favorite phrases was “When the going gets tough, the tough get going.” When I worked in a large law firm years later, those words would be helpful encouragement because circumstances became demanding, and in response, I would discover resources and reserves that I didn’t know I had.

But that’s not what this article is about. Instead, I want to share one of those times when I discovered my limitations and found myself mentally maxed out.

Time for a Change

In early 2015, my wife and I crossed one of those natural inflection points in life, the empty nest. After over two decades of raising children in Colorado, our youngest was heading to the Bay Area in California to go to college and play soccer. Our son was already living in L.A. at the time and we had been wondering if a move to California was in the cards for us as well since it offered both the pull of a new adventure and some relief from Colorado winters.

So, we were mulling a possible move out West when our schedule was rapidly accelerated by an unexpected and unsolicited offer on our house. Suddenly, we were in fast gear, literally moving out of the house, where we had raised all three of our kids, just 10 days after sending our youngest off to college.

In a lot of ways, this was a positive time for us, but it also meant a lot of change and a lot of action in a short period. The combination of having to move houses and my law practice, which was keeping me busy full time, proved to be more than my system could handle.

How did I know I had maxed out? It could not have been more clear. I started doing things like leaving my credit card at restaurants and leaving my entire wallet on a convenience store counter. And then I started neglecting to put the car in park, despite having done so automatically for 30-plus years.

If being in flow is all about being fully present, then I was demonstrating the opposite state: absent-mindedness to the extreme. It was as if my mind was striving to keep track of all the new and rapidly changing details and could do so only by making a lower priority of day-to-day functioning that I always took for granted.

In truth, these were not my first adventures in absent-mindedness, and these instances initially seemed nothing more than a mild annoyance. After they became a clear pattern, though, my wife and I became concerned that something else might be going on.

Getting a Clear Reflection

My wife’s reaction was a mix of equal parts concern and exasperation. I’m sure she must have been troubled, wondering when I was going to pull my next stunt and whether this time it would have more negative consequences. She had plenty on her plate as well, so adding “husband oversight” to her lengthy to-do list wasn’t helping her any either.

Fortunately, we had a counselor we visited over the years when we were facing challenging circumstances, and so we decided she would be the logical place to start in order to get a clear reflection on what was going on with me. By that time, I was starting to wonder if I might be in the earliest stages of dementia, so just the act of scheduling the appointment eased some tension and brought some peace of mind because I knew I was at least being proactive rather than waiting for my next mindless episode.

Looking back, I realize that meeting with this counselor at times over the preceding years was helpful. She had a good sense of who I was and how my mind worked (or didn’t at times). I had learned that she was someone whose judgment I could trust because her assessments and guidance had proven to be consistently beneficial.

How to Avoid Maxing Out

As should be obvious from our last couple of articles, we do not have all the answers on mastering a life full of flow. But we can share some tips on things that have helped us. Here are suggestions on effective ways to avoid maxing out mentally, despite having to juggle a long list of demands, whether related to career, family, community or extracurricular activities:

As disconcerting as the symptoms of max out might be, perhaps the most important thing you can remember to do is exercise self-compassion. Instead of being mired in a state of anxiety or self-criticism, treat yourself with kindness. Know that we all, as humans in a fast-paced world, are susceptible to max out, and accepting that reality without self-judgment can go a long way toward helping you go with the flow.

Go With the Flow co-columnist Trey Cutler is an attorney specializing in veterinary business matters. Co-columnist Dr. Jeff Thoren is the founder of Gifted Leaders, a company offering leadership and coaching services. He serves on the Today’s Veterinary Business editorial advisory board.