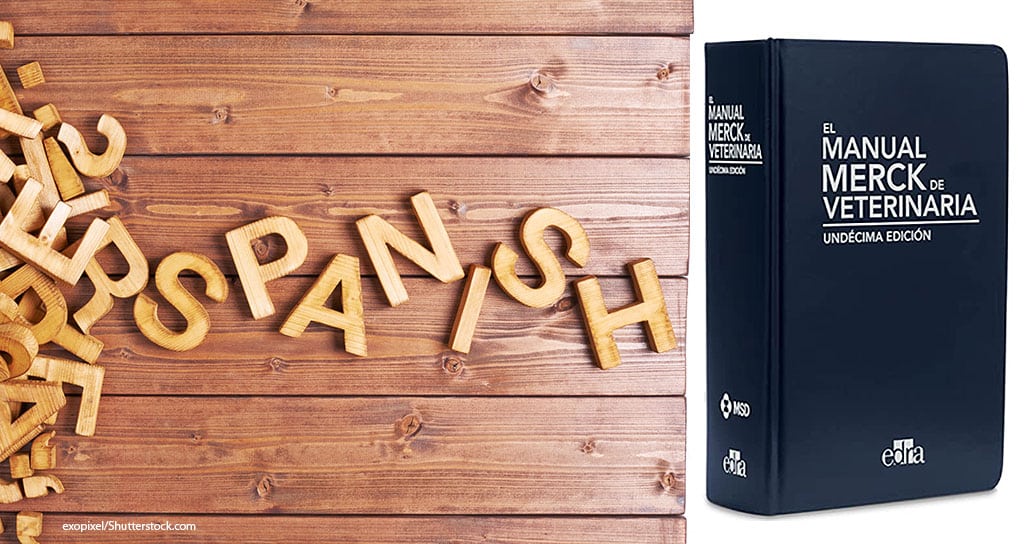 The Merck Veterinary Manual, a popular resource for veterinarians since 1955, has been translated into Spanish to expand the publication’s audience.

After a tedious 18-month translation process, the publication is set to be distributed throughout Europe, Latin America and the United States, and it will be added to the Merck Veterinary Manual website in late 2023 or early 2024.

The translators were made up of Spanish and other European veterinarians, Ph.D.’s, academics and industry specialists knowledgeable about veterinary medicine and its terminology. In addition, a Spanish editorial team, Grupo Asis, which specializes in helping the animal health industry, contributed to the effort.

The translators questioned the Merck Veterinary Manual editorial team and the veterinarians who wrote the chapters. The authors also had to clarify their writing and rationale and sanction any changes.

The translation proved difficult because of English abbreviations, and some treatments differ slightly in the United States and Europe. The project also was delayed because only a few printers in the world could handle the paper, which is similar to that used to print some copies of the Bible. While supply-chain issues caused paper shortages, the translation was completed in April 2022.

“For more than 65 years, The Merck Veterinary Manual has remained true to its original objective: to provide concise and authoritative information about diseases and management of food-producing, companion, laboratory and exotic animals,” said editor-in-chief Dr. Alexandra L. Winter. “Publishing the 11th edition in Spanish allows us to expand our audience.”

Merck Veterinary Manual also publishes a hybrid version in Ukrainian. The version was created in response to the war in Ukraine and can be found at bit.ly/3Jbq48s. The content includes information on wound management and caring for animals in emergency and critical care situations.