A 50-year-old building was remodeled to accommodate a 28,000-square-foot hospital. 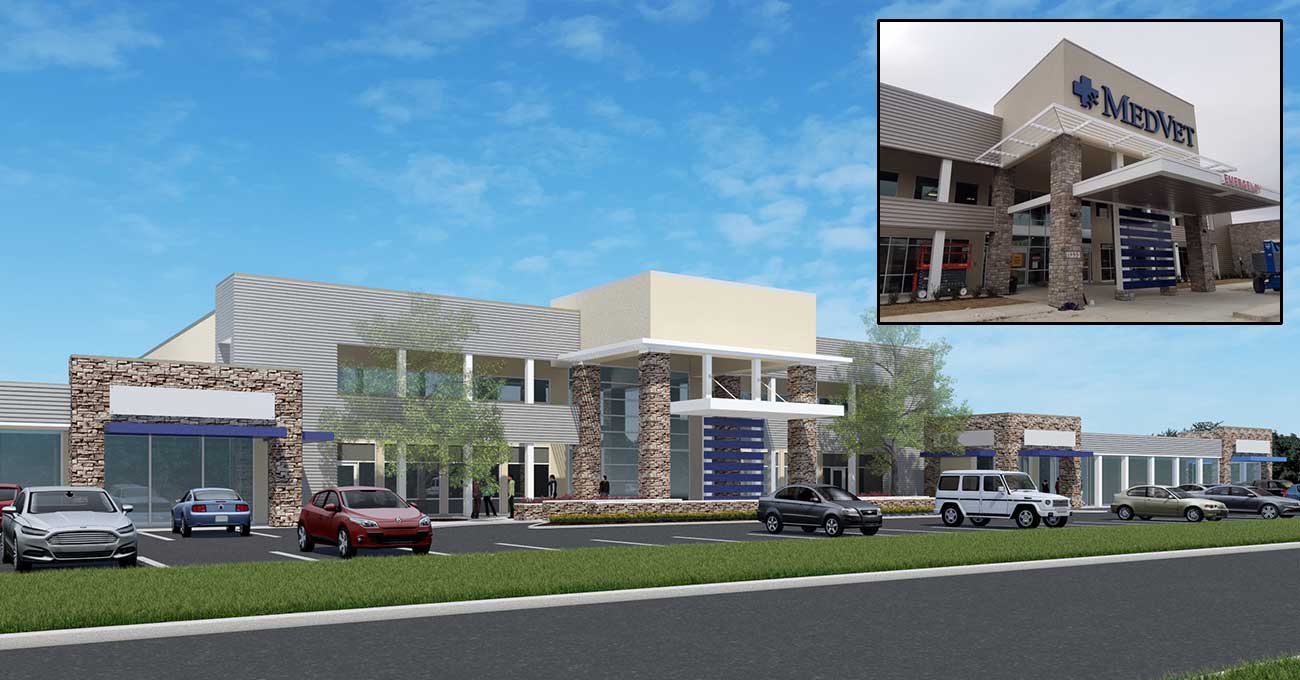 MedVet Medical and Cancer Centers for Pets has opened its 22nd location, a 28,000-square-foot referral hospital north of downtown Dallas.

Board-certified specialists in internal medicine, cardiology, neurology, oncology and surgery are on staff, utilizing 10 exam rooms, four surgical suites and a laboratory. The hospital, which opened Feb. 11, is housed in a remodeled 50-year-old building sitting on a 3-acre parcel.

“While veterinary specialists are available throughout the Dallas area, there was not a single location where specialists worked collaboratively under one roof and as part of one team,” said Curt Boisfontaine, founder of real estate developer Meridian Veterinary Capital. “We could not be more pleased with our unique partnership with MedVet. We hope to expand our relationship with them in other markets as they continue to grow.”

The companies are working together on a 65,000-square-foot specialty, emergency and cancer care hospital in Chicago that is expected to open in the second quarter of 2019. According to Meridian, MedVet Chicago “will be the largest privately operated veterinary specialty hospital in the United States based on square footage.”

In other news, MedVet in early February announced the hiring of Matt Erick as president. He is the former president of North American operations for Mylan Pharmaceuticals.