Pets can be injured — or worse — through sheer negligence or unforeseen events. Learn to reduce the risk and your legal exposure. 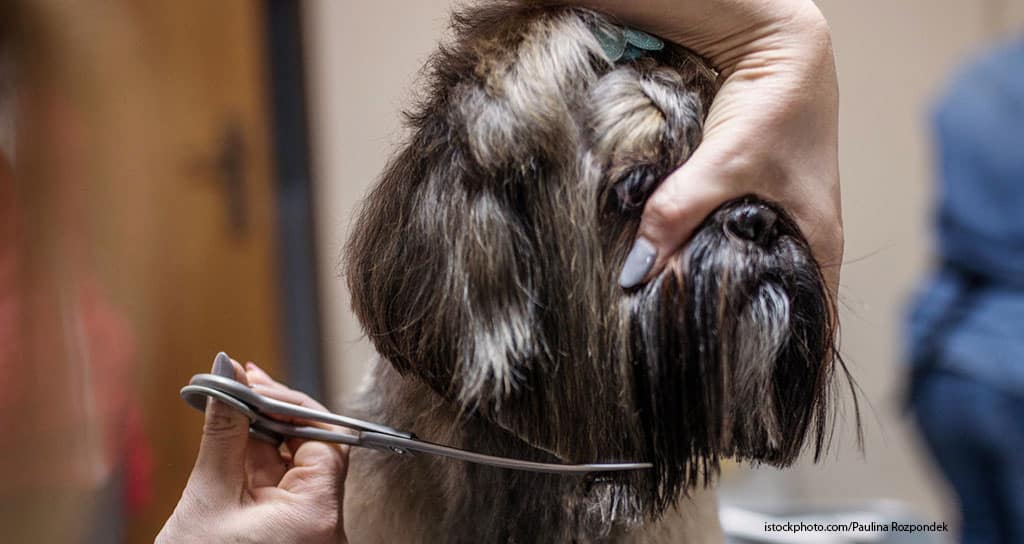 Grooming mishaps can have serious consequences.

Pet grooming in the United States is an $8 billion-a-year industry with untapped growth potential, especially in the veterinary profession, but it’s also ripe for mishaps and liability claims. Therefore, understanding how grooming accidents rear their ugly head can help you assess and mitigate the risks associated with the subspecialty. Below are three real-world examples of how grooming accidents turned into significant disputes with dog owners.

A man scheduled an appointment with a mobile grooming business for his 5-month-old American bulldog, Karma. Upon her return, Karma appeared injured. Blood ran from her nose, and she was limp.

Despite Karma’s terrible state, the groomer allegedly offered no explanation and told the owner to see a veterinarian. The owner took Karma to an emergency clinic, where veterinarians removed fluid from her lungs. They determined that Karma suffered from respiratory distress, possibly due to causes such as strangulation, near drowning, an upper airway obstruction, prolonged seizure activity or an electric shock. Sadly, due to the gravity of Karma’s condition, the owner approved euthanizing her.

Ultimately, the dispute (like most) was he said, she said. Karma’s owner said his young bulldog might have experienced physical trauma and that what happened was not an isolated incident. Apparently, Google Business reviews contained numerous accusations against the grooming company, including allegations of dislocating a dog’s hip and cutting dogs and cats during the grooming process. One dog reportedly died while under the company’s care.

On the other hand, the grooming company, operating since 2011, refuted the owner’s claims, stating:

A woman took two dogs to a groomer. One was a 5-year-old, 180-pound Newfoundland named Samson. Before the appointment, Samson’s owner questioned whether the groomer could handle a breed his size. She allegedly was assured that the grooming would not be a problem.

Upon pickup, Samson’s owner found him lying on the floor near a fan and barely moving. She noticed he was struggling to breathe and could not stand up. The exchange between the owner and groomer quickly escalated as the owner demanded answers. In turn, the groomer blamed Samson’s inability to stand properly on “slippery floors” and the warm air in the salon. In a cursory fashion, the groomer concluded that the dog was tired.

Samson’s owner rushed him to a veterinary clinic, where she learned he was suffering from heatstroke. His symptoms included red eyes and gums, a temperature of 109.5 degrees Fahrenheit, and internal bleeding due to organ failure. The veterinarian advised that Samson had only a 5% chance of survival and that the heatstroke’s effect on his brain function was unknown. Ultimately, the owner decided to let Samson die.

While the two incidents above occurred at small grooming businesses, large retailers face claims of pets dying during or soon after grooming services.

An owner took her emotional support dog, Winter, to one such retailer and agreed to have bows applied to Malshi’s fur. After the dog’s bath, the groomer instead wrapped rubber bands around bows attached to Winter’s ears. The owner alleged that the rubber bands were so tight that they cut blood circulation. Winter required emergency surgery, and her veterinarian reported that she would have died within 24 hours if her owner had not noticed the problem and responded quickly.

Although Winter was raised as an emotional support dog, according to her owner, she now behaves like a previously abused rescue animal by constantly clinging to her owner and demonstrating fear and anxiety.

While the status of the three disputes could not be determined, the case studies reflect how a grooming mishap can have serious consequences. Luckily, veterinary practice owners and groomers can mitigate their liability.

First, the owners of pet grooming businesses can purchase liability insurance. The insurer will litigate claims and take them to court if necessary.

Second, grooming service providers should stay apprised of regulations and any changes in laws. For example, a New Jersey bill called the Pet Groomers Licensing Act, or Bijou’s Law, was introduced and referred to a legislative committee this past March. The bill is named after a Shih Tzu named Bijou, whose death allegedly was related to a 2011 grooming session. Specifically, the law would provide for the licensing of pet groomers and the registration of certain grooming businesses. Bills affecting groomers also have been introduced in New Hampshire, New York and Massachusetts.

Another way to avoid liability is to adequately screen, train and supervise groomers. For example, business owners can confirm whether a job candidate is a graduate of a training program and a member of a grooming trade organization. Checking an applicant’s references is important, too. Questions include whether any animals were injured or died while under the person’s care.

The training of pet groomers should include the proper use of dryers, the rules and consequences when leaving animals unattended, the appropriate use of collars and tethers to avoid strangulation, and the unique needs of different breeds and animal sizes.

Finally, good communication with pet owners can help prevent disputes and liability. For example, groomers can ask whether an owner wants the pet hand-dried or air-dried. Furthermore, groomers should ask before an appointment about any pet health issues.

Those relatively small measures, coupled with an understanding of the risks, can help owners of grooming businesses grow their clientele and mitigate potential liability.

The owners of grooming facilities must understand what an aggrieved client might do if negligence leads to a pet’s injury, sickness or death. Specifically, pet owners can seek relief in one of the following ways: