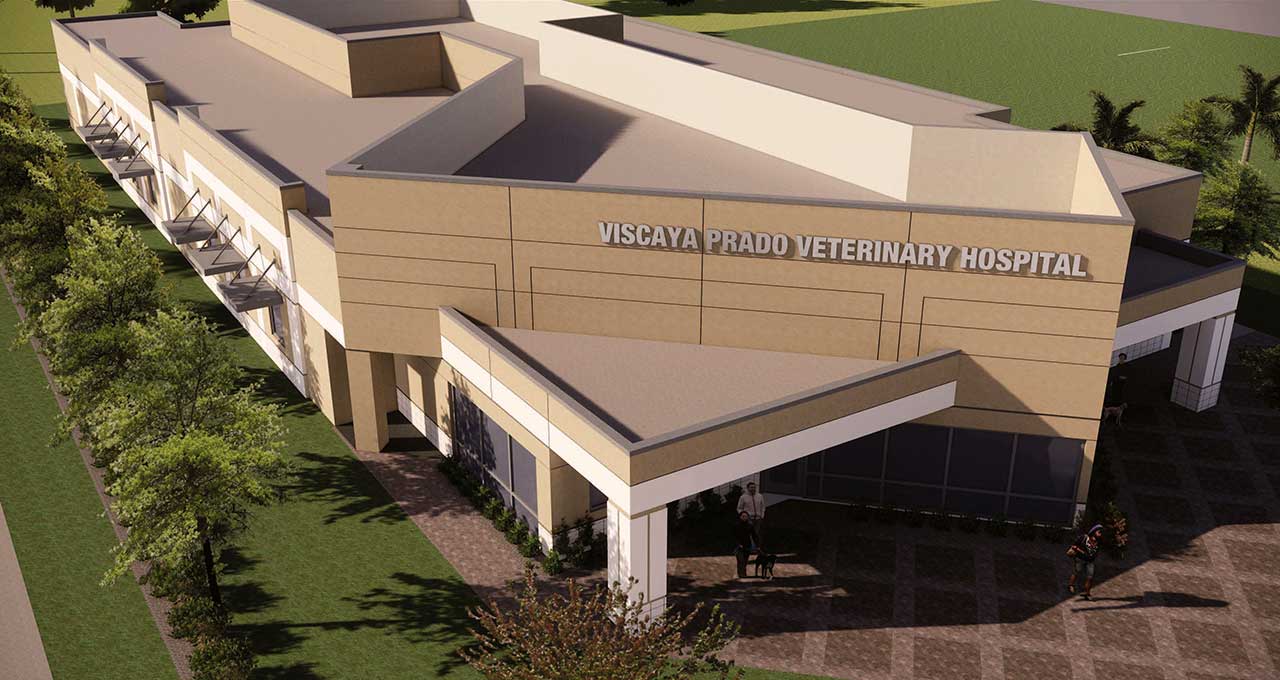 A Gulf Coast veterinary practice has broken ground on a third hospital, an 11,630-square-foot facility that will be open 24 hours a day to serve dogs, cats, reptiles and exotic animals.

Viscaya-Prado Veterinary Hospital now consists of a full-service hospital and an outpatient clinic in Cape Coral, Florida, a suburb of Fort Myers.

The new hospital, which is expected to open in summer 2020, will be a half mile from the outpatient clinic. Plans call for separate dog and cat wards, 20 exam rooms, four operating rooms, an outdoor run, and a pharmacy and laboratory.

The 13-doctor private practice was founded in 1977. Milton McKelvie, DVM, purchased Viscaya-Prado in 1985, two years after his graduation from the University of Florida College of Veterinary Medicine.

Viscaya-Prado is accredited by the American Animal Hospital Association.

The project was announced by the chief contractor, Stevens Construction.