Prescription eye drops are formulated to induce vomiting in nearly all dogs within 30 minutes. 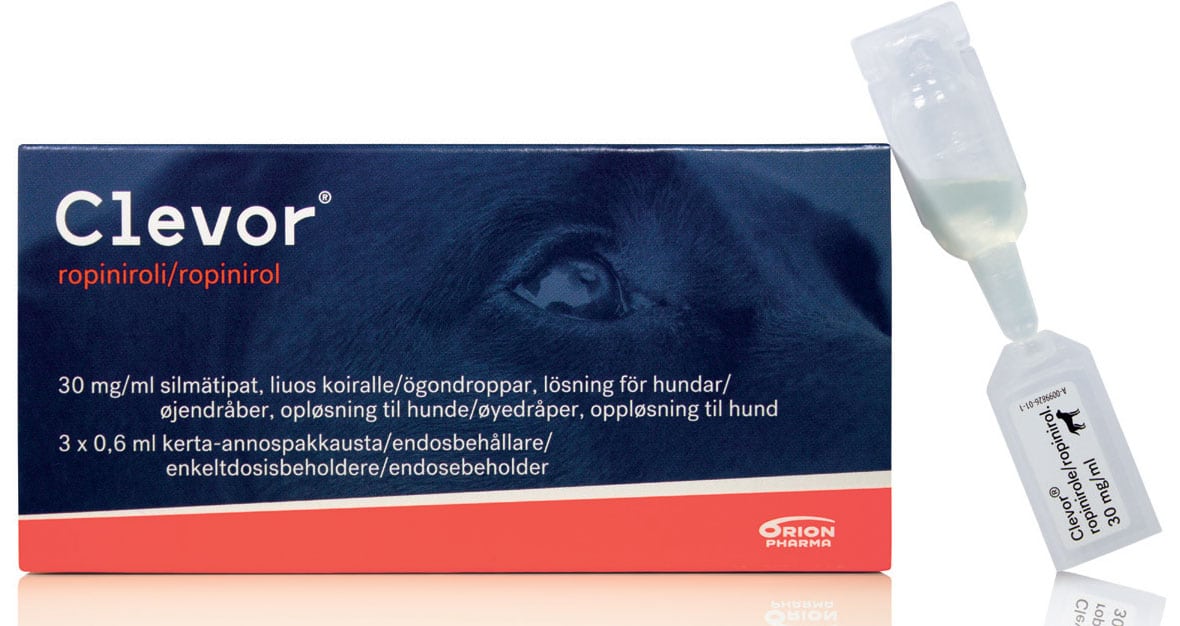 A European pharmaceutical company has earned U.S. Food and Drug Administration approval of Clevor (ropinirole ophthalmic solution), an eye drop indicated for the induction of emesis, or vomiting, in dogs.

The prescription medication was effective within 30 minutes of use in 95% of dogs tested in a clinical field study, the FDA’s Center for Veterinary Medicine reported. “Eighty-six percent of dogs in the Clevor group vomited after the first dose, and 14% needed a second dose 20 minutes after the first dose was administered,” the FDA stated.

The manufacturer, Orion Corp. of Espoo, Finland, won approval for Clevor from the European Medicines Agency in April 2018.

The number of eye drops administered is based on the dog’s weight, according to an FDA summary. For example, a patient weighing 4 to 11.1 pounds gets a single drop in either eye, while one weighing 77.3 to 132.3 pounds gets two drops in each eye initially and one more in each after two minutes.

Among the drug’s possible side effects are tremors, lethargy, increased heart rates and decreased blood pressure, all of which resolve within six hours after dosing, the FDA stated.

Clevor is for use only in certain cases.

“Some examples of when a veterinarian may want to induce vomiting in dogs include when the dog has eaten something that may be poisonous or that can’t pass through the intestinal tract, and that can be safely vomited as determined by a veterinarian,” the FDA added.