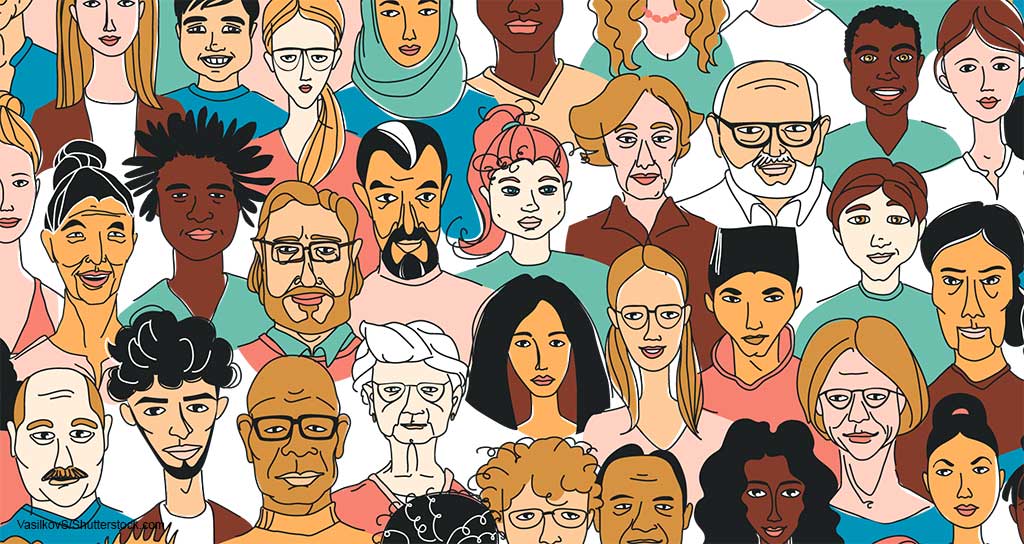 All my life, my mother told me, “If someone else can do it, you can do it, too.” Some people might interpret that as, “You can do anything.” I took it differently.

What my mother meant was that if someone could do what many people have accomplished — become a veterinarian, learn to ski, travel the world alone or drive a stick-shift car — so could I, and I did. She didn’t mean I could do “anything.”

As a Black woman and the chief medical officer at Destination Pet, a network of 59 veterinary hospitals and pet resorts, I am asked several times a year, “How do I get to the next level of leadership?” Many of those asking are minority veterinarians, usually women. They have worked as clinicians for years and aspire to be chiefs of staff, regional medical directors, directors of operations and C-suite executives — your chief medical officers, chief operating officers and chief executive officers.

They are passed over for promotions. They hear of less experienced veterinarians and even non-veterinarians getting a coveted job. Sometimes the job is never posted.

Minority veterinarians speak of being castigated and marginalized. Their voices are muted, they are talked over, their points of view are ignored or summarily dismissed, their expertise and successes seem not to matter. Many women, not just minorities, experience these slights in the workplace, at the conference table and in the board room. I empathize because that has happened to me, too, over my 30-plus-year career.

From Private Practice to Group Practice

My path to the C-suite was not planned. It was circuitous. I started as an associate veterinarian in a traditional small animal practice in Tennessee. I flourished as a clinician, the perfect first job. I had a great mentor in the owner, and I loved practicing. Leaving the job after nine years was frightening, but change always is. I wanted to experience more in veterinary medicine. My move to a larger city, Atlanta, provided the opportunity.

I got into something that was new to veterinary medicine at the time: group practice. Corporate veterinary medicine. I found being a clinician within the group to be exciting and different. I was given duties and authorities that I did not have in private practice. In my old job, I wasn’t allowed to “see the books” or exercise authority, but now my mantra was “I’ll try that.”

When offered a chief of staff role in the growing group, I raised my hand — “Sure, I have never done that before. I want to try it!” I learned the business side of veterinary medicine. I was mentored in reading profit-and-loss statements, and I learned what a well-managed veterinary hospital looked like on paper. I was intrigued.

When the role of regional medical director opened after my 1½ years as chief of staff, I raised my hand again and said, “Sure, I have never done that before. I want to try it!” I moved to Michigan and opened seven veterinary hospitals within 18 months. I learned from great mentors and team leaders.

Eventually, I ascended to manage and lead nearly 200 veterinary hospital teams as a regional medical director within the group. Initially, as often is the case, I was the only Black person at that level of leadership for quite a while. Each step of the way, I sought mentors who could improve my management and leadership skills. My mentors were usually white and male.

That became the norm during my progression through other corporate groups and when I joined Destination Pet in 2019. The team leaders, bosses and supervisors were white and male.

When I changed jobs and earned promotions, I was often the only minority at the proverbial table. I would make a suggestion and hear it dismissed without acknowledgment, only to have someone else who didn’t look like me utter the same words and be told it was the best idea ever! I was taken to task for a mistake and treated much harsher than those who committed the same offense or worse. They didn’t look like me.

What I’ve learned is that women and minorities need to exert Herculean effort to be taken as an authority or to be heard at all.

We know that only 2% to 4% of U.S. veterinarians are Black, so their lesser representation in leadership roles and on national and state governing bodies can be partially explained. That’s not the only reason, of course.

Without a doubt, our profession suffers from a lack of diversity. We need to seek out and encourage minorities to not only enter veterinary medicine but also aspire to be leaders. The talent exists. And if someone isn’t ready, we need to guide them and provide relevant experiences. Veterinarians don’t have experience doing spays until they do one.

I make myself available to minorities who wish to ascend into the higher echelons of our industry. I am honored to share with them my career path, the pitfalls, my wins, the exhilarating highs and the devastating lows. I provide them a safe place to speak openly about what they are experiencing. They often tell me of implicit bias in the workplace and want to know how to cope.

For me, each time I am slighted is an opportunity to put in play a variation of my mother’s words: “If someone else can do it, so can I.” I have learned to speak up when I am treated differently in a negative way. I have learned to use workplace alliances. How to network within hospital groups isn’t often taught but a mentor showed me how.

Each time I was tripped up or fell, I took it as an opportunity to reach deep inside myself and look for the next avenue or a new role. I told myself to keep going. I could give a TED Talk on rebounding from failure. Whether the failure is manufactured or I own it, I regroup, reinvent, release and grab the next ring.

Getting knocked down hurts like a horse kick to the gut. Being treated differently because one is a certain race or gender, and is not offered the same chances to fail and succeed, stings with shame and self-flagellation. It especially hurts when underlying bias allows no recourse.

All of this is hard to verbalize and write about. Do I seem whiny? Do I lack self-awareness? Am I offering excuses?

I was asked recently if I suffered from impostor syndrome, which is defined loosely as a psychological pattern in which individuals doubt their skills, talents or accomplishments and have a persistent, internalized fear of being exposed as a fraud. I do not feel that way. I am confident in my skill set, one I have worked hard to learn and craft over my past 25 years of multiunit management.

We were taught as Black children that we must operate at 150% to be considered equal to a non-minority and his or her 75% effort. I don’t want special consideration; I want a fair shot.

Happily, I have seen more women in C-suites due to the rising number of female DVMs. Our veterinary teams are more diverse and will continue to become more diverse. We need executive teams that are a cross-section of whom they serve.

Black Americans and other minorities have the same ambitions and dreams as everyone else. We want to grow professionally and achieve our desired greatness. We covet a fair shot, a level playing field and honest recognition. We want bias to be rooted out.

Commit yourself and your veterinary team or organization to diversity. If you must, be the first to act.

Our Profession Needs More Than One CVNO

It Starts With a Question