With an attitude of mindful acceptance, you know what is important in life but are at peace no matter what plays out. 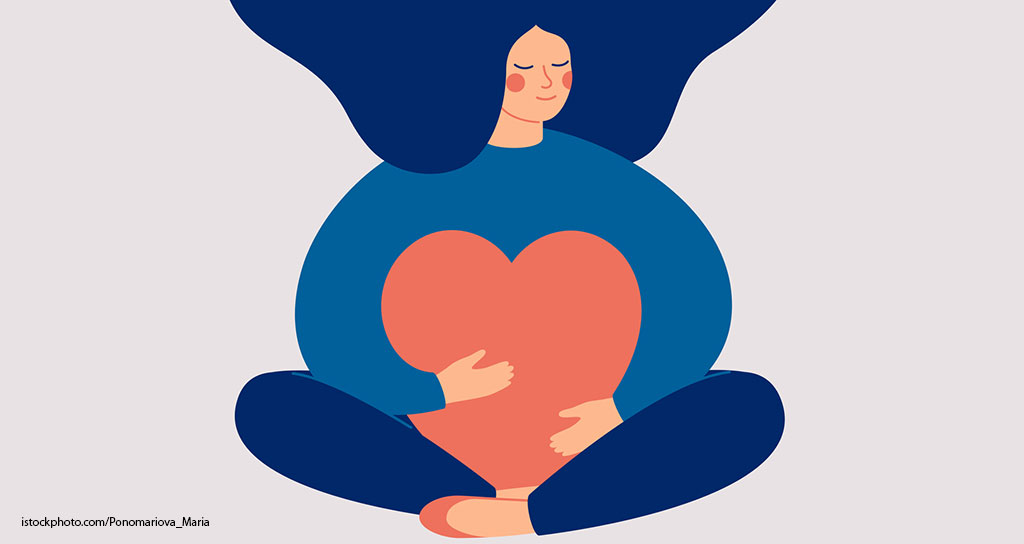 How we feel is dictated at least in part by where we choose to put our attention, or perhaps more helpfully, our intention.

There’s something magical about “The Sound of Music.” Christopher Plummer, who starred as Captain von Trapp, found the movie “awful and sentimental and gooey” during its filming, but audiences responded differently. The movie was so popular that it passed “Gone With the Wind” as the biggest box office success to that time and helped save 20th Century Fox from bankruptcy. “The Sound of Music” went on to win five Oscars, among them Best Picture, and remains a classic to this day.

Through its storyline, sweeping cinematography and an incredible score, “The Sound of Music” explores some of the metaphorical landscapes that many of us hold most important. While never losing its sense of humor, the movie addresses themes of finding one’s true calling, love, courage and unwanted change during difficult times. Perhaps most of all, it feels like a tribute to the things that make us glad to be alive, even when times get hard.

A song from the movie addresses that very point. Maria, played by Julie Andrews, sings “My Favorite Things” to children frightened by a thunderstorm. She calms the children by encouraging them to turn their attention to the things they love rather than what they fear.

In the narrowest sense, the scene comes across as a simple exercise in distraction and, in defense of Christopher Plummer, certainly qualifies as sentimental and gooey. But, in a broader sense, it points to a more fundamental truth: How we feel is dictated at least in part by where we choose to put our attention, or perhaps more helpfully, our INtention. But as we know all too well, sometimes the dog really does bite, the bee stings, and COVID creates significant stresses. So, what then?

Dave Potter has explored the landscape of acceptance of difficult situations throughout his career, including as a mindfulness-based stress-reduction instructor at the University of Massachusetts Medical School. In an online article for Mindful Leader — read it at bit.ly/3BNZ5cw — Potter explored the concept of mindful acceptance by distinguishing between intention and attachment: “Intention is the degree to which we are committed to a certain value or outcome, how much time and energy we are willing to dedicate to make something happen. Attachment is more subtle, a measure of how much we are emotionally entangled with our own expectations and projections.”

Potter noted that these four combinations can be created:

Apathy best describes low intention/low attachment: “Nothing’s going to work, so why bother trying.” On the other hand, the low intention/high attachment approach would be wanting something badly but not willing to do anything to achieve it. Since no one ever got into veterinary school with either of those mindsets, they are highly unlikely to apply to anyone in this audience!

High intention/high attachment is the driven but inflexible approach to life. Everything is important and must be a certain way. We have all seen examples of this mindset, and if we are truthful, we likely have exhibited it to one degree or another.

Potter sees acceptance/nonstriving, or high intention/low attachment, as the optimal way to live our lives. With that approach, one is very clear about what is important but at peace no matter what plays out. This approach accepts “what is” at each moment while holding a vision for the desired creation. By not sacrificing one’s happiness and peace to the success or failure in achieving a specific desired outcome, we can remain more resilient, graceful, flowing and flexible, according to Potter.

In his effort to illustrate the paradox of how one can work toward a desired outcome while being unattached to it, Potter points to the Chinese term “wu wei,” which translates as non-doing but has the secondary meaning “effortless action.” Potter notes that “Wu wei is a state in which a person may be intensely active and engaged externally, but internally, they are calm. Like the graceful athlete who is ‘in the zone’ or a skilled sculptor wielding a chisel, action flows naturally from a place of inner stillness and in perfect alignment with body, mind, heart and spirit.”

To our ears, wu wei sounds like Chinese for “flow.”

As we’ve explored in previous columns, flow is the mental state of complete absorption and complete fulfillment in the moment, during which time seems to slow. There is a feeling of complete presence and a complete absence of fear. The sense of fulfillment comes from the experience itself as opposed to achieving a particular desired outcome.

However flow is described, wu wei’s focus on inner stillness seems to be at the heart of the flow state. Flow is sometimes seen as viewing oneself as the observer rather than the one who is acting, the witness of the movement flowing through oneself rather than the athlete or dancer who is moving. Could a key to bringing more flow moments into our lives be finding that calm internal observer?

Self-help author Eckhart Tolle once noted, “What a liberation it is to realize that the voice in my head is not who I am. Who am I then? The one who sees that.” So, Tolle is taking a step beyond saying that we each have a calm, quiet observer as part of our internal makeup and instead suggesting that the internal observer is our ultimate identity.

We recognize that these kinds of discussions can stray into the esoteric. So, while you ponder the whole internal observer enigma, we encourage you to read Potter’s Mindful Leader article. He is a clear communicator who includes other gems to ruminate on, such as this one: “The trick is, to take yourself seriously without taking yourself seriously. The problem is, most people get it backwards.”

A Few of Our Favorite Things

Returning from the sublime to the familiar, we have our favorite scenes from “The Sound of Music.” For Jeff, it’s “The Lonely Goatherd,” the playful and whimsical marionette show staged by Maria and the children. For Trey, it’s the third-place winner at the Salzburg Music Festival receiving her award.

In that spirit, we thought we should share a few of our favorite books that got us thinking in new ways and opened us to broader possibilities. They probably explain how we got to the point of exploring ideas like flow. Here’s a short list:

We hope it’s in your flow to explore some of those works if you haven’t already. And if it’s not possible, we wish you all crisp apple strudels.

Go With the Flow co-columnist Trey Cutler has a law practice focused exclusively on veterinary transactions and veterinary business law matters. Co-columnist Dr. Jeff Thoren is the founder of Gifted Leaders and an expert coach specializing in leadership and team development. He is one of only five veterinarians in the world to hold a credential from the International Coaching Federation.