Innovation Station guest columnist Dr. Sungwon Lim is the CEO and co-founder of ImpriMed Inc., which uses artificial intelligence on live cancer cell analytics to predict how a dog will respond to cancer therapy drugs before taking them. He earned a doctorate in bioengineering from Stanford University and a master’s degree in translational medicine from the UC Berkeley-UCSF Joint Bioengineering Program. 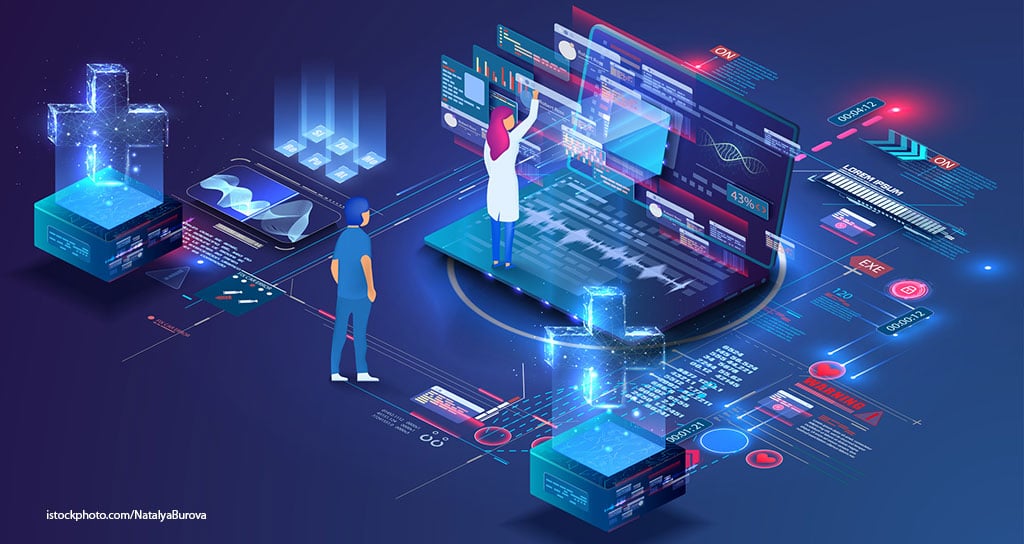 Veterinarians have consistently applied the newest advances in technology and medicine to animal health, from digital imaging to sophisticated anesthesia. So, it’s no surprise they have turned to artificial intelligence to improve patient care.

At its most basic level, AI is the simulation of human intelligence by computers. This doesn’t mean (yet) that the computer thinks and learns as you might see in popular culture. Rather, AI means software that learns and makes decisions, often quicker and more accurately than human users. This makes AI ideal for complex tasks requiring the analysis of a large quantity of data and the sorts of repetitive tasks that might cause humans to make mistakes.

Because AI is excellent at data-oriented tasks, it has the potential to revolutionize veterinary medicine in many ways. In fact, AI is being used in various facets of animal health to help veterinarians diagnose, treat and make better decisions about patient health.

The veterinary industry suffers from a shortage of imaging professionals. Universities have been hit hard, and even the more lucrative private practices struggle to find and keep veterinary radiologists. The shortage is likely to worsen given the difficulty of universities in finding qualified instructors to train the next generation of imaging professionals. This is where AI can help.

Today, two startups (SignalPET and Vetology AI) offer AI products designed to interpret X-ray images. In addition, a European team is applying similar technology to magnetic resonance imaging by using a trained convolutional neural network (CNN). A type of computing network inspired by the human brain, CNN detects the differences in canine brain lesions. In this case, the research is not necessarily based on a lack of MRI technicians but instead on the fact that distinguishing between meningeal-based and intra-axial lesions is challenging. Quick and accurate diagnosis, however, is vital if the patient is to receive the correct treatment.

AI is well suited to radiology because it can quickly compare images, prioritize data and analyze information-filled images. Veterinary radiologists won’t necessarily be rendered obsolete, but AI can streamline the analysis process, filtering out unremarkable images so that human doctors concentrate on the images that most need attention.

Modern medicine puts more data than ever at veterinarians’ fingertips. While the data can benefit clinicians and their patients, it also can be overwhelming. Irrelevant data, false patterns and the tedium of reading data causes a human to tire and make mistakes. AI never tires and can sift through large quantities of data to find patterns that people cannot see.

Take, for example, work done by veterinarians at the University of California, Davis, School of Veterinary Medicine. Drs. Krystle Reagan and Chen Gilor worked with a computer engineer to develop an algorithm that detects Addison’s disease. Addison’s, which is rare and potentially fatal, mimics the symptoms of other conditions. Therefore, it’s often misdiagnosed. The UC Davis team’s algorithm uses AI to analyze blood work and detect complex patterns unique to Addison’s. The algorithm is 99% effective at diagnosing new patients.

Another AI application involves notes, which many veterinarians take when a patient comes in. Although they’re filled with important data and insights, the notes are often written in a narrative format without diagnostic codes. Narratives are easy for humans to read but can be difficult for machines, which use values input into fields.

A team of Stanford Medicine researchers is using AI to solve the problem. Their algorithm, called DeepTag, reads a veterinarian’s typed notes and assigns codes representing ailments or symptoms. Based on a dataset of thousands of annotated veterinarian notes, the algorithm then predicts diseases that might be relevant to the patient.

Some life-threatening diseases require more than a diagnosis. Take chronic kidney disease in cats. CKD isn’t reversible, and often, by the time it’s diagnosable, the patient has sustained considerable kidney damage. However, if the disease can be predicted before it develops, the patient can be treated before any damage occurs. Researchers developed an algorithm that uses AI to predict whether a cat will develop CKD within two years. Trained on data from 20 years of veterinary visits, the algorithm is 95% accurate.

Cushing’s syndrome is another disease that often stymies veterinarians. Because dogs with Cushing’s present a range of symptoms that might be attributable to other diseases, a British team is using four algorithms to analyze patient data and predict a Cushing’s diagnosis in their canine patients.

Prediction isn’t limited to forecasting whether an animal will develop a disease or how the disease will progress. It also can tell a veterinarian which drugs will be most effective against a disease.

The treatment of blood cancers in dogs, for example, can benefit from AI. While chemotherapy is often the treatment of choice in cancer cases, finding the right drugs to use in each patient is a difficult task. In addition, the treatment is costly and time-consuming and takes a toll on the patient and its owner. AI can help veterinarians screen the most effective drugs and exclude ineffective ones before choosing a treatment regimen.

Trepidation around AI often centers on a fear that artificial intelligence will replace people. That’s not the case here. Nothing can replace the expertise of a good veterinarian in the diagnosing and treating of animal patients. However, AI is a valuable tool that can help veterinarians do their jobs with greater speed and precision, freeing them to concentrate on more complex tasks and focus on the welfare of their patients.

DeepTag, a classification algorithm for veterinary clinical text, isn’t omniscient, its developers acknowledged in a study published at go.nature.com/2RpLeoT. “DeepTag also learns to abstain in examples when it is uncertain and defers them to human experts, resulting in improved performance,” their article states.