A View From the Curb

How do clients and team members really feel about drive-up appointments? Pet owners miss the face-to-face contact, while the veterinary staff reports some pros and cons. 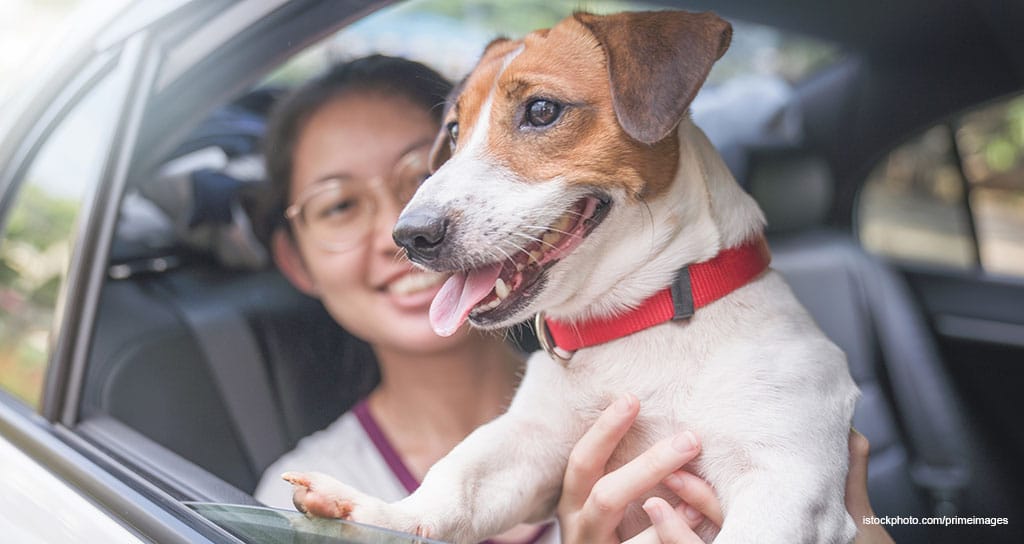 Curbside appointments might be here in one form or another for the foreseeable future.

I admit it: I got a pandemic dog. After my soul dog, Jack, passed away in February, I knew I’d eventually want another dog. I started looking at various animal rescues but couldn’t find “the one.”

That changed over Memorial Day weekend. The Thursday before, I was attending a virtual happy hour with colleagues when one of them — a Kansas veterinarian — told us about a 3-year-old Aussiedoodle who had eaten a towel. She wasn’t taken to the veterinarian until a week later, when she was near death. The owners didn’t want to pay for surgery and asked to have her euthanized. Hoping to avoid an economic euthanasia, the veterinarian offered to perform lifesaving surgery at the cost of medications alone. The owners agreed, only to say after she recovered that they were “too busy for a dog,” so they relinquished her to the veterinarian.

After seeing her photo, my husband and I made an eight-hour drive from Denver to meet her. We fell in love and brought her home, naming her Winnie.

A few days later, I scheduled an appointment with my veterinarian. It was my first curbside appointment, and I left the clinic feeling as if I had forgotten to ask questions that I typically raise as I watch an exam. Because I was waiting in my car while Winnie was tended to inside the practice, I didn’t get to catch up with the doctor or the other team members whom I had bonded with over the years. I didn’t get to buy the dental chews I typically take home or browse the specialty foods and treats. I didn’t feel like I was involved. Veterinary appointments are usually an experience for my pet and me, but this time felt different.

Of course, my veterinarian and her team followed up wonderfully with emails and phone calls, and I was able to ask questions I had forgotten while sitting in my car, but the experience left me wondering: How do other pet owners feel about curbside care? How do veterinarians and their teams feel about it?

Here are some perspectives from both sides of the curb.

“Sparky was freaking out. He doesn’t like to ride in the car. He gets really nervous,” McCoy said. “And then somebody in a mask came out to get him. I think for him that was scary. It was nerve-wracking not being able to go in there with him.”

While McCoy wished he could have stayed with Sparky, he was pleased with several aspects of the hourlong appointment.

“They seemed to schedule it really well. They were quick to get to us,” he said. “I think it would have been hard if we had to sit in the car for 10 minutes before they were ready to get him into the building. If a vet’s office is going to do it, they need to do it as they did and have it spaced out enough so someone is immediately at the car window.”

McCoy was happy with the communication. “There were probably five phone calls during the appointment,” he said. “The doctor called us fairly quickly after he examined Sparky. He suspected it was a collapsed larynx, but he needed to do an X-ray to confirm.”

The doctor also called to ask McCoy if the team could groom Sparky’s face, something McCoy and his wife had struggled with while their groomer was closed because of the COVID-19 pandemic.

“They even texted pictures of Sparky after they groomed him and pictures of his X-ray, and the doctor had circled where the problem was,” McCoy said. “They communicated with us a lot.”

The practice’s checkout procedure also worked well. “They called and told us Sparky was finished,” he said. “We gave the billing person our credit card information, and they brought him and his medicine out to the car right away.”

McCoy’s curbside experience was positive, but he missed interacting with the veterinary team and said he’d choose a traditional appointment over curbside.

“I’d just rather be in there with my dog,” he said.

“It’s a lot of extra work, with the phones ringing nonstop and technicians running back and forth between the hospital and the parking lot,” Yocom said. “Before, clients could confirm appointments via text. Now, we have to call everyone and explain the curbside policies. It takes a lot more time.”

“Over the phone, it’s a lot harder to pick up on subtle clues, like changes in body posture or body language, or the look in the eyes that says they’re getting it or not getting it,” Dr. Vahrenwald said of clients. “Phone calls take a lot longer because you give them a chunk of information and then try to have them reflect back and confirm that they got it.”

“Everything takes longer. Clients tell the technician one thing in the parking lot and then tell the doctor something totally different over the phone,” said Melissa Murray, RVT, a relief technician in Ladoga, Indiana. “And now, we’ve started allowing some clients into the building, so we have to focus on disinfecting everything they may touch between each appointment, so we get pushed even further behind.”

At the rural practice where Murray often works, wellness exams used to be scheduled to last only 15 minutes.

“Since this all started, they changed their appointment times to 20 minutes, and for sick pets, we’ll block off two time slots,” she said. “Otherwise, we’ll never be able to keep up and clients will get frustrated waiting in their cars. Sometimes they’ll just leave because they get tired of waiting.”

Yocom worries that curbside appointments take away from the bond between team members and clients at Northfield Veterinary Hospital. But, she said, the team inside the hospital enjoys more flexibility.

“I’m kind of split, honestly,” she said. “I like not allowing clients in the building, because it gives us more freedom. We can change our radio station to whatever we want. We normally can’t eat at the front desk, but during crazy curbside mornings we can just grab a snack and eat there. I can cut through an exam room to get to the back, or holler back to the team, ‘Hey, Fluffy’s owner is good to go,’ so that kind of stuff is nice. It will be a change going back to allowing clients inside, but we’ll get used to it. I do miss the interaction.”

Dr. Vahrenwald misses the communication with Park Hill clients. But not so much the pet owners who turn to Google to diagnose over her, all the difficult personalities and the children running around the hospital.

Murray agreed. “I think the only thing about curbside that a lot of technicians enjoy is the lack of hovering pet owners,” she said. “At first, it was a novelty, but now everyone is ready to get back to normal.”

“It was the only thing we could do,” she said. “It was a great way to safely contain things that needed to be contained and allow distancing, but still be able to offer the essential services that people needed.”

When asked if she’d continue offering some form of curbside appointment post-pandemic, Dr. Vahrenwald said, “It may be a great option for some of our senior citizen clients or those who are experiencing mobility problems. This may become something where they can say, ‘Hey, can I do that curbside thing again?’ We’d definitely oblige.”

A public health crisis means that everyone must sacrifice for the greater good. For veterinary teams and pet owners, that means altering processes to keep everyone safe. Curbside appointments might be here in one form or another for the foreseeable future, but understanding the perspectives of clients and colleagues can help everybody to be more compassionate.

Here are a few ideas for veterinary practices new to the world of parking lot drop-offs.