Singapore hosted more than 3,350 delegates as the location proved popular with Asian practitioners. 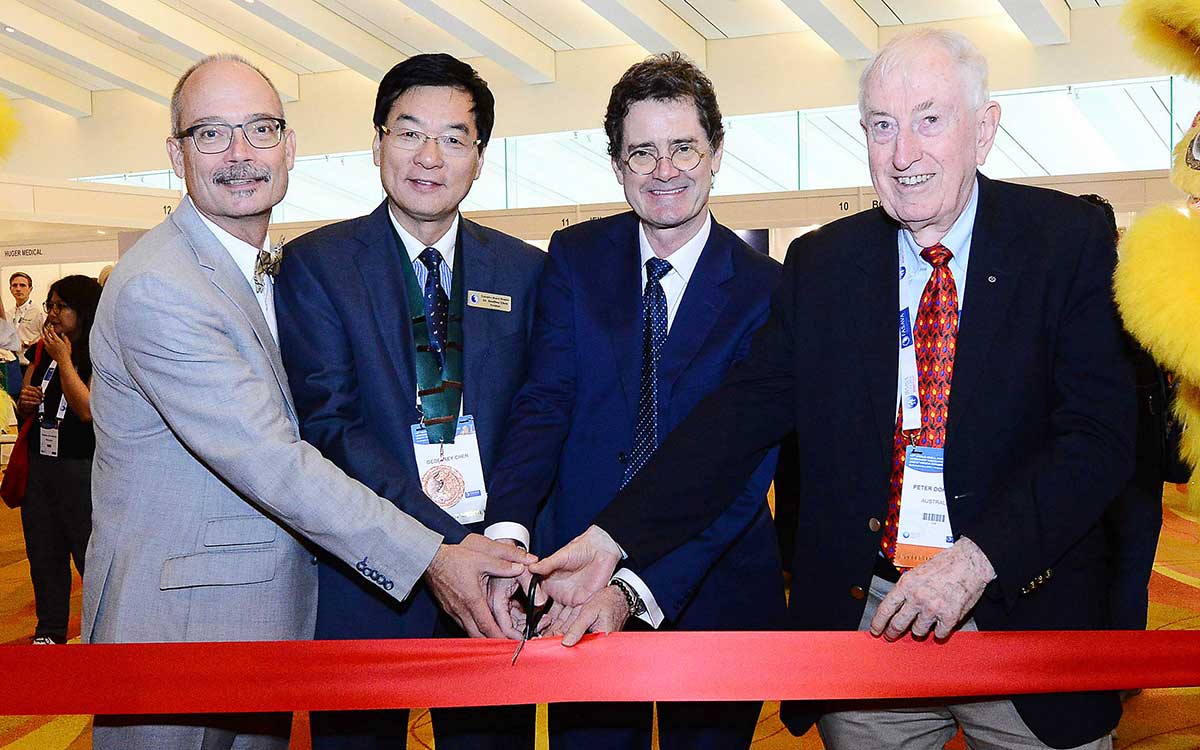 Taking part in the ceremonial ribbon cutting at the 2018 World Congress are, from left, Dr. Walt Ingwersen, WSAVA’s immediate past president; Dr. Geoffrey Chen, president of the Federation of Asian Small Animal Veterinary Associations; Dr. Shane Ryan, WSAVA’s newly inducted president; and keynote speaker and Nobel Prize winner Dr. Peter Doherty.
The World Small Animal Veterinary Association has set its sights on 2019 and Canada after setting an attendance record at the 2018 World Congress in Singapore. The organization, made up of 110 member associations and more than 200,000 veterinarians worldwide, reported that over 3,350 people attended the Singapore conference in late September. The crowd count was buoyed by large numbers of attendees from across Asia. “The record-breaking delegate numbers reflect the rapid growth of companion animal practice across Asia as levels of pet ownership soar,” WSAVA stated. “They also highlight the enthusiasm of veterinarians in Asia and around the world to learn from their peers and to participate in the WSAVA’s unique global veterinary community.” The 2019 World Congress is set for July 16 to 19 in Toronto. Registration is available at https://wsava2019.com. Special discounted rates are available through Oct. 30, 2018, and early-bird prices will be offered until April 10, 2019. Shane Ryan, BVSc, MVS, CVA, MChiroSc, who became WSAVA’s president in Singapore meeting, called the annual World Congress “our flagship event.” “We’re now focusing on ensuring our 2019 Congress is an equally stimulating and inspiring event,” Dr. Ryan said. “We are privileged that the world’s leading experts on all aspects of companion animal medicine will once again be sharing their knowledge and expertise with our members.”