The Internet, You and Your Employees

Practices should have clear written policies so everyone is aware of what they can do online during work hours and what is always inappropriate. 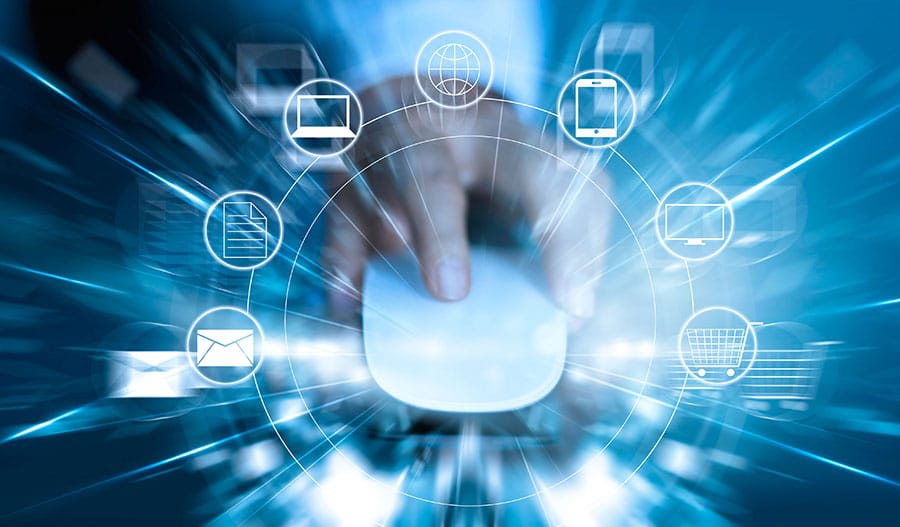 However you choose to monitor employee internet usage, do so consistently, and create a clear written policy.

Telemedicine may come to mind when you think about internet legal issues that can affect veterinary practices. However, it’s not the only issue. Let’s examine three others.

Social media makes finding information about people, including those you are considering hiring, so easy. But is searching on social media platforms for information about job candidates legitimate? As with most broad questions posed about the ever-evolving internet, the answer is “It depends.”

Researching job applicants’ social media profiles is not, in general, illegal, but don’t do so haphazardly. Instead, create a clear written policy about which sites will be reviewed to find clearly defined pieces of information. Also determine who will review these profiles and what information will be housed in your records. To add a layer of protection to your social media policy, consider having a person who does not have the ability to hire — a non-decision maker — do the research.

Here’s another issue to consider: If your investigation includes a review of the job applicant’s credit history, financial history, driver’s license verification or other pieces of related information, you may run afoul of the federal Fair Credit Reporting Act.

As of September 2016, 87 percent of people in the United States used the internet, according to Pew Research Center. And, according to a Pew report from November 2016, 79 percent of Americans who use the internet are on Facebook. Smaller percentages of people are on other social media channels, such as Instagram (32 percent), Pinterest (31 percent), LinkedIn (29 percent) and Twitter (24 percent).

The bottom line is that virtually every veterinary practice will have at least some employees who use the internet. So, how does your practice monitor internet use by employees who are on the clock? Employees want privacy in their internet use, whereas the practice wants to make sure that work time is well spent. Employers also want to ensure that in-clinic computer use does not involve inappropriate or illegal activities.

The solution? However you choose to monitor employee internet usage, do so consistently, and create a clear written policy. If you don’t provide the policy, employees could have justification for a breach-of-privacy lawsuit. If you decide to monitor, what are your options? Some practices may install site-blocking software on all office computers or use software that limits the time someone can browse a non-work-related site.

What about texting? Should employees be allowed to text during work hours? Again, a clear written policy is crucial so employees know what is and isn’t acceptable. When crafting the policy, consider context rather than making all-encompassing rules. Having an employee ask her child to text when he is home from school is a different situation from an employee who texts about party plans when he should be helping with an agitated patient.

A serious downside to the internet is online harassment and cyberbullying, and that unfortunately can take place among co-workers. At the risk of sounding like a broken record, I think what is crucial is a clear written policy about how online harassment and cyberbullying will not be tolerated. The statement should clearly define what you mean by harassment and bullying, and it should note that examples given in the policy do not constitute the full range of behaviors that fall into these two categories. Share the consequences, up to and including termination, if the policies are not followed.

Consider working with your entire practice team to develop a values statement so employees can play a role in its formation. Besides creating a useful statement, if you sit in on the meeting, you can likely identify people who are less likely to abide by it.

If you notice higher turnover, be vigilant in watching for bullying behaviors and, when identified, deal with offenders firmly. Also watch out for behaviors and statements that are presented as jokes. People who don’t find them funny should not be told that they have no sense of humor and that they need to lighten up.

If someone reports bullying or harassing behaviors — ones occurring to that person or to someone else — take the accounts seriously. Slow down, listen and respond accordingly. Also consider which resources need to be offered to people being bullied or harassed, from stress-management strategies to counseling services.

These are three of the more common legal issues connected to internet use in the workplace. Use this article as your starting point and remember to create necessary policies and procedures, and then update them as internet technology evolves. Also watch for information about cases where boundaries of, say, cyberbullying are adjudicated in the courtroom.