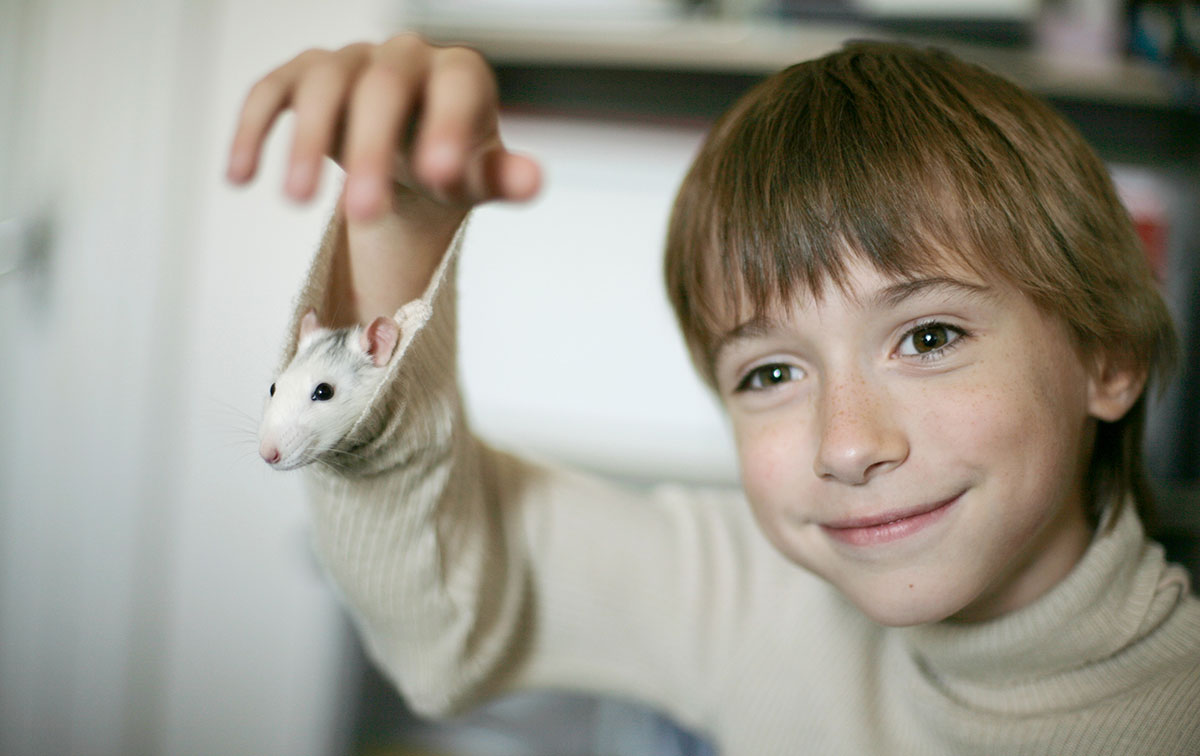 Who knew that rats were so popular with kids? The website RightPet says a survey of registered users found that children and teenagers get more satisfaction from owning a domesticated rat than they do from a cat or dog.

“Small pets like rats are often the first living creatures, not counting goldfish, a young person considers to be their very own, and successfully meeting the challenge of raising a pet can do wonders for self-esteem,” RightPet owner Brett Hodges said.

The independent pet and pet care review website based its findings on input from 2,867 members in 74 countries.

Among the reasons young people love rats are the rodents don’t cost a lot to keep, they are clean, and they freak out parents.

“They’re smart and affectionate little clowns who bond with their owners and thrive on social interaction,” Hodges said.

“For pre-teens and teens, pet rats have an aura of creepy cute, and it can be appealing to have a pet that others find scary or strange,” said the professor emerita of human development and family studies. “Adults probably associate fancy rats with the stereotyped dirty and disease-spreading wild rat. The association is unwarranted, but if I were a teen, I might enjoy having a pet that freaks out my parents.”

Because rats live only two or three years, their special status can be short-lived, too.

“The appeal of rats … tends to wane in favor of cats, dogs and horses in the over-18 age group,” RightPet stated.