The profession is not in crisis, but younger veterinarians need help. 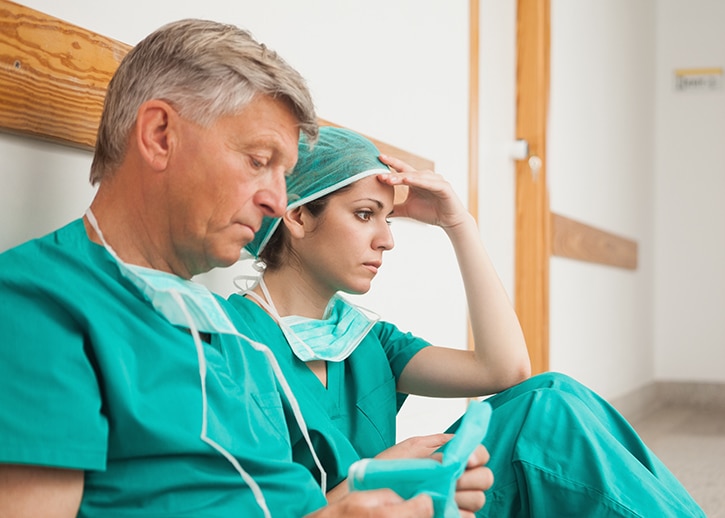 A newly released study shows that the overall mental health of U.S. veterinarians is about the same as that of the general population, challenging long-held concerns that the industry is awash in depression and suicide.

Still, the researchers cautioned that particular attention should be paid to younger veterinarians, whom the study found are more likely to experience serious psychological distress.

The results of the Merck Animal Health Veterinary Wellbeing Study were unveiled Feb. 6 at the VMX conference in Orlando, Florida.

“Our data do not support that there is a … widespread mental health crisis in the profession,” said Elizabeth Strand, Ph.D., LCSW, director of veterinary social work at the University of Tennessee.

Dr. Strand was joined by co-investigators John Volk, a senior consultant with Brakke Consulting, which conducted the online survey in November 2017, and Linda Lord, DVM, Ph.D., the academic and allied industry liaison lead with Merck Animal Health, which funded the study.

“This survey is unique in that, for the first time, a nationally representative sample of veterinarians in the U.S. were asked about their well-being, which is a broader measure of happiness and life satisfaction than mental health alone,” Dr. Lord said. “Based on the survey results, we are particularly concerned about younger veterinarians as they are the future of our profession. We must work together to promote a healthy lifestyle, including work-life balance, access to wellness resources and debt reduction.”

The study found that 5.3 percent of veterinarians, or about 1-in-20, suffer from serious psychological distress, a number consistent with that of the general population. Those veterinarians were identified through use of the Kessler Psychological Distress Scale.

When it came to well-being — happiness or contentment, in other words — veterinarians were found to be worse off. Some 9.1 percent were deemed to be suffering, compared with 7.3 percent of the general population.

High levels of well-being, she said, can be attributed to being married or in a relationship, having a satisfactory family life, engaging in healthy activities such as exercise, travel and hobbies, and socializing with friends.

The researchers recommended that more be done to promote well-being, that awareness be raised about mental health issues and that assistance be given to at-risk veterinarians. Veterinary organizations were urged to develop a national counseling hotline and require continuing education classes on emotional crisis management and suicide prevention. Veterinary colleges were called upon to extend mental health services to alumni.

The American Veterinary Medical Association assisted in the study by providing contact information for 20,000 randomly selected veterinarians, of whom 3,540 answered the online survey.

In addition to funding the study, Merck Animal Health donated $100,000 to the AVMA to support mental health and well-being initiatives.