The AAHA/VMG Chart of Accounts establishes an industry standard that allows for more accurate benchmarking.

Don Vaughan is a freelance writer based in Raleigh, North Carolina. His work has appeared in Today’s Veterinary Business, Writer’s Digest, Encyclopedia Britannica, CURE Magazine and elsewhere. He is the founder of the Triangle Association of Freelancers. 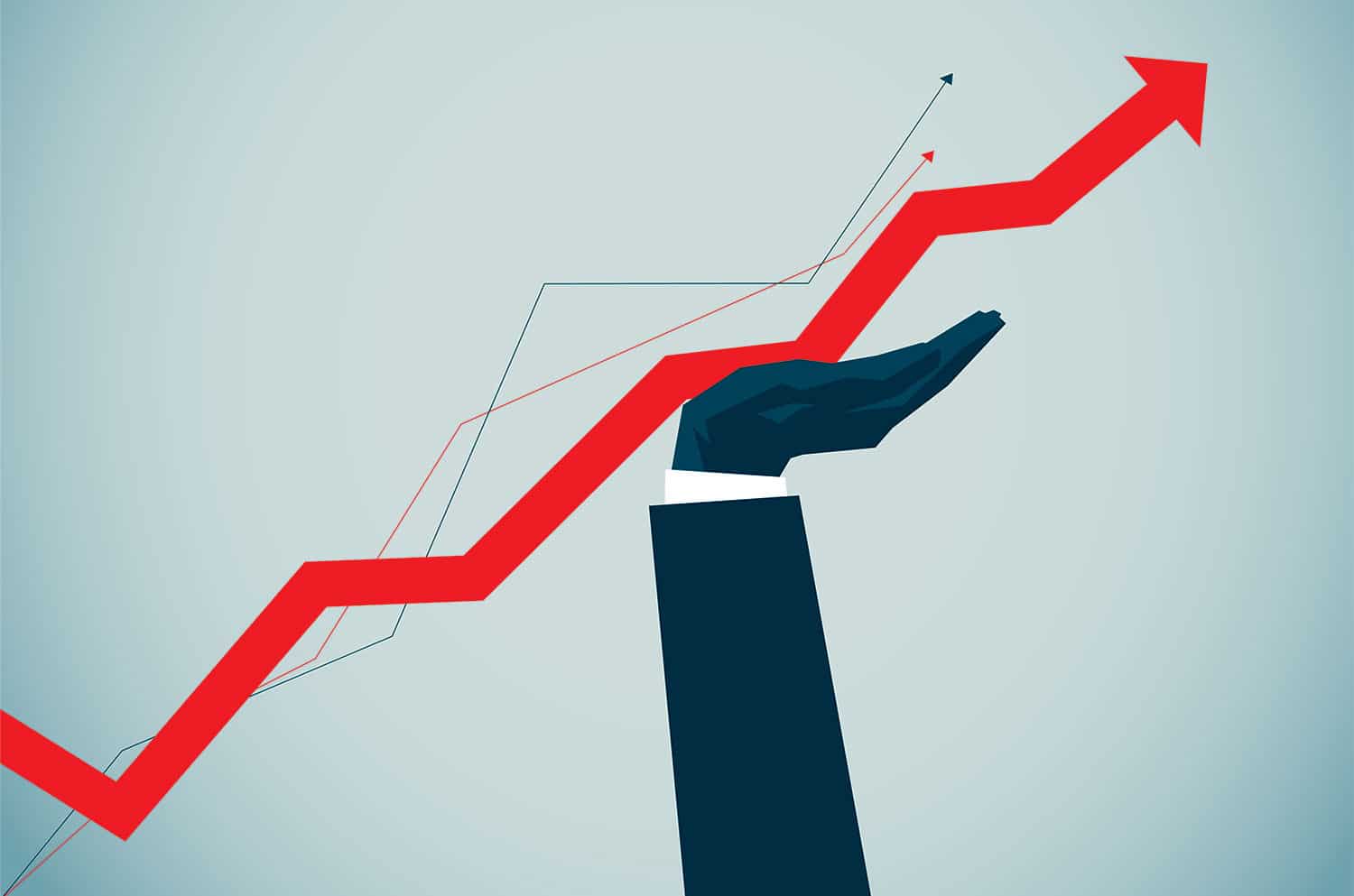 Veterinarians don’t enter the profession to practice accounting, which is why they often delegate bookkeeping to others. As a result, accounting methods can vary widely from hospital to hospital, hampering efforts to assess how a practice’s revenue and expenses differ from industry benchmarks.

A free tool created by an industry coalition aims to standardize accounting within the profession. The new AAHA/VMG Chart of Accounts, which combines charts from the American Animal Hospital Association and Veterinary Management Groups, organizes a practice’s financial transactions into easily identifiable categories.

Only through a common but flexible chart of accounts can practices make apples-to-apples benchmark comparisons, said Jeff Godwin, DVM, a partner at Animal Medical Clinic in Melbourne, Florida.

“Some practice owners are not numbers people; they don’t want to have 150 different lines in their financial reports,” Dr. Godwin said. “Chart of accounts allows them to combine things into broad categories, if that’s the way they want to do it, and then they can compare their broad categories with other practices’ broad categories.

“Other practice owners want to be very granular in the details of their chart of accounts, and the current one is set up to allow them to do that.”

Also participating in the initiative were the American Veterinary Medical Association, VetPartners and the Veterinary Hospital Managers Association.

Diane Eigner, VMD, MBA, CVPM, came to realize after a review of her VMG Chart of Accounts that the Barnegat, New Jersey, practice she owned for nearly 25 years wasn’t as profitable as she wanted it to be. That fact was important because Dr. Eigner was pondering her exit strategy and planned to sell her practice.

“One of the places I turned to resolve this problem was to look at my profit-and-loss statement, which showed me where my spending was out of line with my revenue,” Dr. Eigner said. “Because of established industry standards, it is generally accepted that the cost of goods shouldn’t be above a certain percentage, and mine was way out of whack. I was at 12 percent profitability, and I needed to be around 18 percent.”

She reasoned that if she could shave 5 percent off her expenses, profitability would increase and so would the value of her practice.

“I worked very closely with a staff member to get a handle on our inventory and enact changes in our ordering practices,” Dr. Eigner said. “This is not something that happens in a month or two; it’s a process. But by doing this, as well as keeping better track of staff costs, I was able to boost my profitability from 12 percent to 18 percent and sold my practice in 2016 for a pretty decent amount of money.”

Dr. Eigner learned to utilize a chart of accounts in this manner because hers was a Veterinary Management Group practice.

“I had to report my numbers every quarter because [the accounting firm] Katz, Sapper & Miller was working with VMG to develop an online reporting tool that would create reports comparing us to other practices in that management group,” she said.

“Most practice owners haven’t been introduced to the power of this because they delegate their bookkeeping to their accountant or bookkeeper,” she added. “It was really profound in terms of what it allowed me to do as I approached the sale of my practice and tried to improve my profitability.”

Animal Medical Clinic’s Dr. Godwin used his chart of accounts to better manage direct costs, which he found to be high compared with other practices.

“I focused on that particular area and was successful in bringing my costs down,” he said. “If I hadn’t had those comparison numbers, I wouldn’t have known that was an area I needed to work on.”

Indeed, the AAHA/VMG Chart of Accounts can benefit a practice in numerous other ways, said Beth Scott, CPA, a director at Katz, Sapper & Miller, which assisted AAHA and VMG in combining their charts and the accompanying field definitions. One significant benefit is creating a clearer picture of gross margins in a practice’s main sources of revenue.

“This allows for a high level of assessment of trends that can be used to identify opportunities for the practice,” Scott said. “Once opportunities have been identified, management can focus its efforts in a specific area of the hospital to address markups, internal controls on inventory, missed charges, et cetera.”

An additional benefit is that the AAHA/VMG Chart of Accounts helps everyone speak the same language, Scott said. Consultants, economists and accountants are better able to evaluate and analyze the industry.

“For example, a practice will know that the transactions included in the professional services account will be the same types of transactions at other hospitals,” Scott said. “Prior to this, the industry was fairly fragmented in the use of chart of accounts, with AAHA and VMG having the most compliance on utilizing their individual chart of accounts. The combined efforts of these two organizations has provided a springboard of endorsements from the other organizations to begin educating the industry on why it is important for us to speak the same language.”

“Using the standardized chart of accounts increases efficiency and decreases the potential for error,” Dr. Cavanaugh said. “Accordingly, using the chart of accounts can reduce the overall time staff spends on its finances, freeing them up to spend more time on providing patient care.”

“The chart of accounts allows the team to easily recognize opportunities for improvement while also supplying them with a tool to measure, monitor and budget for financial success,” she said.

The AAHA/VMG Chart of Accounts is designed specifically for companion animal practices. Hospitals can use the tool regardless of their size and location, Dr. Cavanaugh said.

“We believe that the benefits greatly outweigh any costs, such as time spent implementing it,” he said. “The only potential negative is that when the change is made, it will be harder to compare back to when a different chart of accounts was used. But moving forward, it will be much easier for the practice leadership to analyze their finances.”

Dr. Eigner, who is pondering the next step in her career, encourages all practitioners to implement the AAHA/VMG Chart of Accounts.

“I was part of Veterinary Management Group, and I remember people grumbling when we would change some of the accounts to reflect different kinds of expenses,” she said. “They grumbled because they had to take the time to go into their software and make the adjustments. I used to think, ‘Boy, it doesn’t take that long, and the return on that investment was worth taking the time away from doing something else.’

“My advice to practitioners, especially someone new, is to take the time upfront to set up the chart of accounts properly. Then, as invoices come in and expenses are allocated, use as much detail as you’re comfortable using. And make sure that accounting staff understand fully the different accounts and what goes into those items.”

“We have been careful to make the current chart of accounts very robust, so we anticipate few changes being needed,” he said. “Certainly, in the future, if new information arises that warrants a change, it will be considered.”

For additional details about the AAHA/VMG Chart of Accounts and to learn how to implement it in your practice, visit http://bit.ly/2wCpSXD.

Released in June, the AAHA/VMG Chart of Accounts sprang from an awareness by the American Veterinary Medical Association and other organizations of the lack of business and financial acumen in the veterinary profession.

“AAHA’s original chart of accounts was first imagined in the early 1980s and published in 1987,” said CEO Michael Cavanaugh, DVM, DABVP (emeritus). “Veterinary Management Group formed in 1984, and its practices were some of the early adopters. The AAHA Chart of Accounts had not been adopted and endorsed by the profession, and the interpretation of the various codes was not standardized. VMG subsequently developed field definitions which standardized interpretation of the various components of the AAHA Chart of Accounts.”

Key veterinary organizations came together to discuss the need for a profession-wide chart of accounts. AAHA and VMG collaborated on a combination, and the AAHA/VMG Chart of Accounts and Field Definitions was born.

A chart of accounts can help address myriad accounting issues. One of the biggest challenges, Dr. Cavanaugh said, is not being consistent with how revenue and expense items are captured in a practice’s accounting system.

“Most veterinary professionals lack general education around accounting issues,” he said. “As such, many do not know where to start when it comes to setting up their practice’s finances. The chart of accounts takes the guesswork out of setting up a practice’s finances and frees up time to spend on delivering patient care.”

Who does your bookkeeping?

One of the most important questions a new practice owner must ask is this: Should I do my own accounting, or should I delegate the responsibilities to an accountant or bookkeeper?

“Many practice owners think they are saving money by not hiring a bookkeeper, but they don’t consider the opportunity cost, the lost revenues they could be generating in the exam room instead of keeping up with the books,” said Beth Scott, CPA, of the accounting firm Katz, Sapper & Miller.

Well-qualified bookkeepers may charge from $60 to $70 an hour for their services, Scott said, adding that these veterinary-specific professionals understand the accrual method of accounting and the adjustments specific to the veterinary hospital. If a doctor generates around $156 per invoice and sees an average of two patients an hour, the revenue would more than cover the cost of a good bookkeeper.

Not having a finger on the pulse of a hospital’s financial performance makes identifying opportunities difficult and detecting fraud especially challenging, Scott said.

“The new chart of accounts will allow the practice financials to be summarized in a way that will create more transparency to the owner, accountants and consultants, which can improve the financial health of the practice,” she said.