Some days are eye-openers for a minority veterinarian doing mobile large animal work in the rural South. 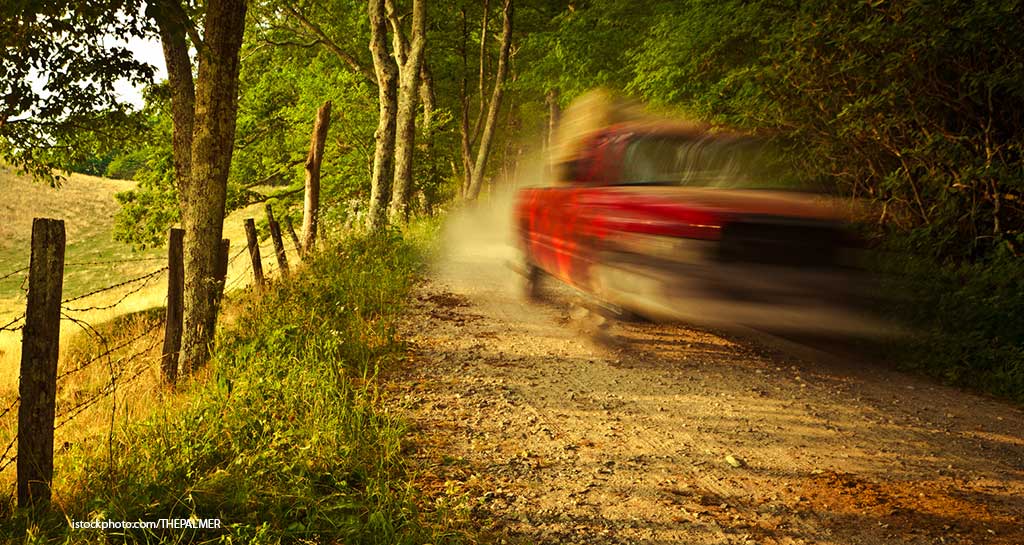 “Mobile large animal veterinarians, especially, put ourselves at risk every time we speed down highways and backroads on emergency calls.”

An emergency interrupted my day of scheduled farm calls. I had just finished the first appointment: a goat with a respiratory disease whose owner had been administering over-the counter oxytetracycline and aspirin for four days. Unfortunately, the goat hadn’t gotten any better, so I was called in, a not-uncommon thing in the life of a large animal veterinarian. Now, however, a message on my phone was from a frantic person whose sheep herd had been attacked by a pack of dogs.

After collecting payment from my goat client, I started the 70-mile journey to the sheep owner two counties away. As I raced up the interstate at 80 mph, my heart rate and blood pressure rose beyond my normal hypertensive levels. My senses were at their peak as I rapidly scanned the surroundings for wildlife. During that time of year, deer dart from the woods, pursued by hunters and their dogs.

On this particular day, however, my bigger concern involved police officers more interested in stopping a Black man driving a fancy vehicle to determine if he was — well, you know or should know the rest of my thinking. If not, I hope you appreciate your privilege of not having to be as worried as I was about being stopped for “driving while black” or being shot after being stopped for speeding or because I looked “suspicious.”

A mobile large animal veterinarian, I drive about 35,000 miles a year. I have a nice-looking truck that more than appropriately represents our veterinary profession. It and I are highly visible in my North Carolina community. That sometimes evokes envy among those who don’t believe that I, or others like me, deserve or could own such a luxury or that we really could be veterinarians.

Police officers typically pull me over a couple of times a year, and I hold my breath each time. I’ve always owned nice vehicles, and I had more police stops by age 18 than I could count on my fingers and toes. Most of these were for “driving while black.”

During my trip through the beautiful rural countryside to the sheep emergency call, I entered an area decorated with symbols and flags supporting Donald Trump and displaying racial preferences. As I pulled into the client’s driveway, I sighed in relief when I didn’t see a Trump sign or Confederate flag. To play things safe, I grabbed a white KN95 mask instead of a more comfortable mask inscribed with “Black Lives Matter.” While a stable GPS signal had gotten me to this rural location, I realized that I hadn’t set up my new cellphone to allow my partner to track my location.

The person approaching my truck carried a rifle with a scope and a pistol. His clothing was bloody. I did not have a weapon with me, though I do have a concealed carry permit.

As I lowered my window, he asked, “Are you the vet?” I responded without hesitation, “Yes, and I’m here to help with some sheep that were attacked by dogs.”

That was my introduction to the client. He told me to follow him and his distraught wife to their back pasture, where the reason for the blood soon became clear. The dogs had turned the sheep area into a slaughter pen. Mauled sheep were everywhere. Six were lying across the pasture, all alive but in shock.

Surveying the situation, I determined that three needed immediate hospitalization or euthanasia. I started pulling up doses of pain medications for the animals that looked salvageable and sedatives for the three the owner agreed to euthanize. After I sedated the first lamb, the client said he wanted to use the undamaged tissue for meat and harvest the skin and fiber. I explained that because I had administered sedatives, the patient couldn’t be used for human consumption.

I reiterated the importance of relieving the animals of their suffering. While I recommended euthanasia, I informed the client that he could kill the other two sheep by gunshot if he was comfortable doing so and then use the meat and hide as he pleased.

We talked about the options for treating the animals suffering from severe bite wounds, bone exposure, missing ears and degloved tissue. I explained that the drugs I would use required a withdrawal period before the flesh would be safe to consume.

The client next asked about the treatment costs. My estimate of $1,500 to $2,000 sent his wife into further shock. I explained that if they could identify the dogs’ owners, they should be able to be reimbursed for their losses. They told me an animal control officer had found and captured two of the three dogs at a neighbor’s home, but the neighbor wasn’t claiming ownership.

A Thank You and a Gift

The couple agreed I should euthanize three sheep via IV pentobarbital following sedation with xylazine. I removed fiber from the other injured sheep and debrided, flushed and cleaned their wounds. The ears on several head had been chewed off, and one sheep had a shred of ear that required amputation. Those with superficial wounds were given Banamine and started on tetracycline antibiotics.

I recommended that the couple consider getting a guard animal and shooting to kill any future offenders — a legal option in this rural area to protect livestock from predator attacks. I encouraged the husband and wife to vaccinate the herd to prevent clostridial diseases and rabies and ask the neighbor about the dogs’ rabies vaccine status. They were doubtful of learning that because the neighbor claimed that an unidentified cousin owned the dogs.

Upon finishing my work and collecting the payment, I received a thank-you for my service and two dozen eggs. I left the couple with medications and suggested they schedule a follow-up visit to assess the herd’s health and do routine vaccinations. I didn’t hear from them again.

Life in the Fast Lane

I want everyone in our profession, and society, to understand the challenges that large animal veterinarians face. As much as people love and appreciate what DVMs do to help companion animals and livestock, people are somewhat ignorant about the time, commitment and expense that goes into our work. Mobile large animal veterinarians, especially, put ourselves at risk every time we speed down highways and backroads on emergency calls, trying to shave travel time so that we can save patient lives. I have often wished for the emergency lights bestowed upon other emergency vehicles so that I could encourage slow pokes to  “Get the heck outta my way!” as I hurry to help my patients in need.

Black veterinarians have endured unnecessary challenges in the whitest health profession for way too long. I hope my story sheds light on a few other points, starting with the doubts of some new clients that I am “the doctor.” How often are white veterinarians questioned like that? It’s also not uncommon for minority veterinarians, especially Black ones, to be asked whether another veterinarian is available because the client’s animal “doesn’t like Black people.” I admit it hasn’t happened to me, but I suspect that’s mainly because of the species I serve and the type of clients I see. However, most of my minority colleagues who work with companion animals report such an experience.

Many mobile veterinarians operate dashboard cameras, and I think every minority mobile practitioner should have at least one. After a traffic accident two years ago, my camera was pointed toward the driver’s side window. When the police officer approached, the first thing he asked was, “Why is your camera facing this way?” He was clearly more concerned with being recorded than the whiplash I had suffered from being rear-ended. His actions made my blood pressure rise higher than the stress from the accident. He never asked if I was OK. Today, I also turn my cell phone onto “Record” whenever I have a police encounter when driving.

Symbols are incredibly powerful tools for expressing individual beliefs. I routinely wear a Black Lives Matter mask to remind people about the issue’s importance, and I give one to anyone who likes mine. Unfortunately, history shows that we tend to forget or ignore the issue in between victims.

Many people wrote off the 1991 attack on Rodney King by Los Angeles police as a one-off event, and they quickly forgot about the case after it was adjudicated (acquittals for all four officers) and settled. The world was reawakened with the 2020 murder of George Floyd Jr. by a Minneapolis police officer. His death was a reality that many people of color have dealt with all their lives.

I am extra cautious whenever I enter areas displaying racist signs or symbols. As a veterinary college educator, I do all I can to teach students and educate my clients, but the last thing I want to do is put at risk the pre-vet students who sometimes ride with me to get clinical experience. (I believe our profession should reconsider the requirement of contact experience if we are going to level the playing field and provide better access to veterinary school.)

As for guns, I never liked them, and I was always nervous being around people who had them. However, right after President Obama was elected, my partner and I decided to learn more about firearms. We took a gun safety course, learned about the rules and regulations, and obtained concealed carry permits. Although I now consider myself an educated gun owner, I still don’t carry a gun in my truck. I live by the belief that guns are made to kill things, and I don’t want that on my conscience.

If I had a gun with me on the day of the sheep slaughter call, I might have been tempted to reach for it.

According to the American Veterinary Medical Association, “Roughly 2% of the U.S. veterinary workforce is made up of Black veterinarians [and] most of them are alumni of Tuskegee University College of Veterinary Medicine.”