How one veterinarian became a diverter of pet medications, and why he might do it again.

Written by Marilyn Iturri in April 2018 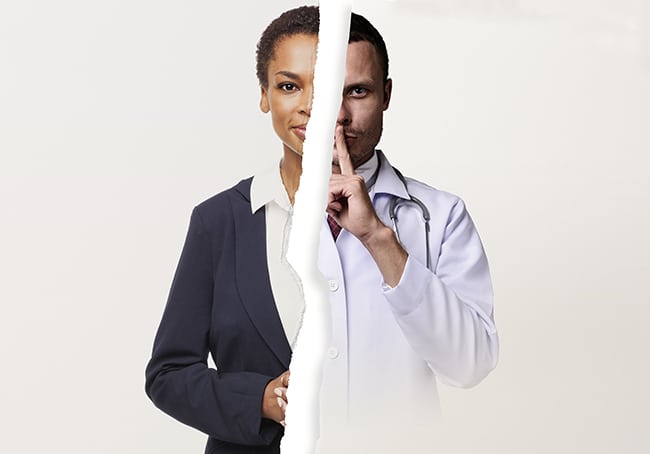 For one veterinarian, drug diversion was a way to keep his business afloat and his staff employed. It wasn’t about helping the enemy. It was a question of survival.

Product diverters are often regarded as traitors in the veterinary community. Practitioners who sell veterinary-channel flea treatments, painkillers and other brand-name products to pet stores and online pharmacies are seen as helping the competition.

But one longtime California veterinarian isn’t the least bit apologetic about his foray into the gray market. He spoke with Today’s Veterinary Business on the condition of anonymity. We’ll call him Dr. Gray.

It was 2008 and the economy was tanking.

“We had just purchased a practice that was supposedly doing $1.7 million a year in business,” Dr. Gray said. “We quickly figured out that they were doing fraudulent medicine. The previous owner agreed to stay on for a year but was gone in six weeks. He moved to another state.

“By the middle of 2009, business was going poorly. I’d never diverted before, but an opportunity arose. A guy I knew in Florida — I’d met him at a veterinary management meeting — contacted me to say he was starting a diversion company selling product into the Caribbean.

“He told me to call my pharma rep, said he knew her and she’d sell to me. He had me buy 150 cases of flea product, and he paid me 10 percent over what it cost.”

Until then, his normal order was about 20 cases.

For him, diversion was a way to keep his business afloat and his staff employed. It wasn’t about helping the enemy. It was a question of survival.

Dr. Gray said he had an acquaintance in Wisconsin who was primarily a dairy farmer but worked with small animals on the side.

“He would buy 400 cases of flea product at a time and make 10 percent [on the transaction]. It kept him alive through the winter. Flea product to a dairy practice?”

One veterinary pharmaceutical company was honest with Dr. Gray.

“They just said, ‘We make drugs and will sell to anybody,’” he recalled. “‘We don’t care what you do with them.’”

Dr. Gray has been a veterinarian for more than 40 years. In addition to owning practices, he has worked in veterinary medical research and is a certified financial planner.

“That order should have made anyone suspicious,” he said.

His supplier was ecstatic, he said, not suspicious. “My rep wanted me to buy even more.”

But another company’s rep noticed.

“I got into an argument with the rep,” Dr. Gray said. “She wanted to get into my computer and match my NSAID sales against purchase orders. I declined, and they blacklisted me. So now we buy their flea products and painkillers through our other clinic.”

His gray-market life was known to at least four colleagues, he said. When he was considering diversion, he talked it over with them, and they knew when he jumped in. No one reported him.

While diversion might be considered unethical, it is not illegal.

“If I had been reported, the companies would have stopped selling to me, as one did. That’s all,” Dr. Gray said.

“The state board doesn’t give a damn whether you divert or not.”

Within four or five years, he said, generic veterinary medications appeared on the market and, combined with the recovering economy, gave him little reason to divert. He hasn’t done it in about five years.

“Generics killed the margin,” he explained. “You can buy flea control at Costco for six bucks a dose. We can’t even buy it for that. How does that happen?”

When the Great Recession broke, Dr. Gray’s clinic business began to improve. He hit about $1.5 million in revenue in 2017.

He closely follows the stock market and noted the November 2017 news that Amazon is thinking of distributing human pharmaceuticals. That would be a major disruption, he said.

“If Amazon does, it will buy drugs in huge quantities. Right now, prices for drugs are so high because no one bargains with the pharmaceutical companies,” he said. “In working on the Affordable Care Act, the Obama administration agreed that Medicare would pay whatever price the companies charged.

“If Amazon gets into the business, it will say, ‘We want to buy 8 million pills. What price will you give us?’”

Human pharma companies aren’t motivated to bargain on prices, he said. It’s why a 12-week course of medications needed to treat hepatitis C can cost up to $85,000 in the United States.

“You can fly to Egypt first class, spend two weeks at a four-star hotel, eat out every night, see all the sights, get the medication and fly back, and it’s still cheaper than you’d pay in the U.S.,” he said.

Dr. Gray doesn’t see himself returning to product diversion in the veterinary channel — at least for now.

“It was something we needed to do at the time to keep cash flow going,” he said. “If we had another severe enough economic crisis and had to keep everybody eating, and there was a good product on the secondary market, I’d rather divert than fire people.”

Why talk about his former role as a veterinary drug diverter?

“I don’t think that badly of it,” Dr. Gray said. “I did it for financial reasons, reasons that made sense to me at the time. My wife didn’t like it, but then she likes getting a paycheck.”

What would he say to colleagues who are critical of veterinarians who divert?

He paused, then added wryly, “For us minipsychopaths, it’s not a problem.”